Key West is different from the world above it!

While we were there some very ‘different’ things happened. I went to work one morning and heard that all the city fathers were arrested and in jail. the mayor, some of the city council, the Chief of police and the fire chief.  All for drug related charges. The Florida State Bureau of Investigation had been working this city for over a year. They had photos and witnesses galore.

The first trial was for ‘Bum Fardo’ the Key West Fire Chief. There was film of him selling drugs to high School kids out of the trunk of his lime green Fire Chief’s car.

Bum was found guilty and released until the sentencing part of the trial.  Bum was never heard from since.

The Police Chief’s office had 100 bales of Marijuana confiscated and spray painted with the numbers 0-99……. At the time of the trial, there were only 2 bales, 0 and 99. The Chief declared, “WE must have mis-labeled them.”

A prime witness died of battery acid poisoning, in his bath tub, and all of a sudden all the other witnesses vowed they were mistaken of had lied. The city fathers (Except Bum Fardo) were reinstated to their jobs with back pay! Folks figured Bum is wearing concrete boots or is in South America. Ain’t politics wonderful?

Life time friends were made by all our family in Key West. Dan Doughton became a Mustang officer. He and his family became life time friends. We still visit them when we can. they have a wonderful extended family now.

Jack Jr. met Marty Kerns who became his life long friend. Marty has even lived with us for a short period of time. They are still friends here in the Charlotte area. Jack Jr. joined the Navy while visiting and living with Marty’s family in West Virginia.

(Mark’s foot ball injury, a broken foot. His coaches on the right one who swore he had never had a pair of shoes on.)

Mark met Kenny Nickols. Kenny’s dad was an officer locally and later went to GITMO for a spell as a commanding officer of one of the commands there. Mark has just purchased a house within a 1/2 mile of Kenny in Palm Bay, Florida.

Kenny and Mark were on apposing teams, but that did not matter.

After Jack Jr  Joined the navy, We took Kenny with us on leave from Key West. They wanted to visit Grand Father Mt. in NC and watch the hang Gliding off the mountain.

Atop Grand Father's Mt. NC, Kenny on the left and mark on the right.

Jack Jr. and his date for the HS Prom. 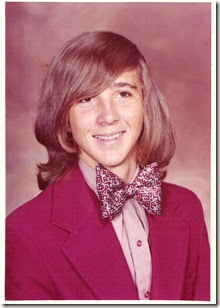 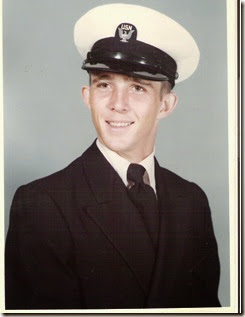 Jack as a civilian and jack as Seaman Darnell. 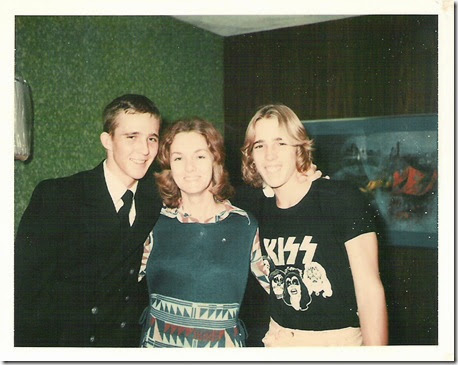 (above Sherry and her two boys)

My mama stayed with us for awhile in Florida. 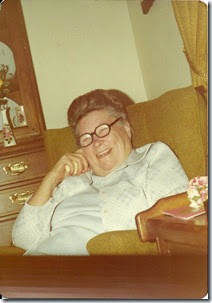 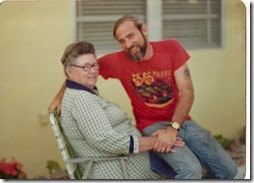 (I cannot remember a better smile than this, after dad died) 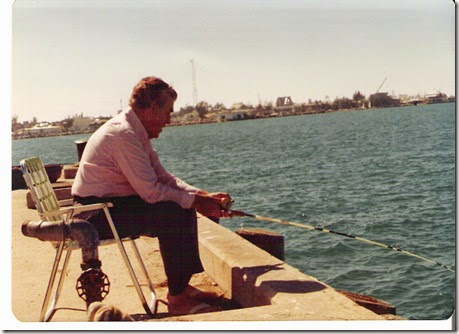 Sherry’s dad loved fishing, what better place than Key West. He loved it down there.

Thanks for coming to Key west with us.

Funny, we were stationed at some exotic places and just considered it an assignment at the time. 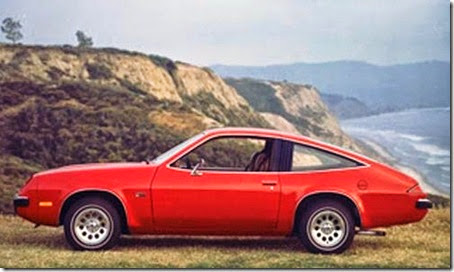 Okay which football player was Mark, red or blue? The Monza looks very similar to the Ford Pinto and my brother Terrie had one about that color orange. Ronnie had one first and he asked me what color I liked and I picked blue and that is the color he got the Pinto in. But that might have been the color he was going to get anyway...ha. Hi from up here, Sheila

Like all the pictures especially of Sherry and the boys.

I love seeing the pictures of your boys growing up. Nice they too made friends there and still have some, just like you have. We finally have a sunny day here after cool weather and rain, it surely does feel good! Hope you are enjoying warmer weather there too!

Good to see pictures of the families adventures. You all made the best of
every situation in every move that
came your way. You made life
interesting.. Glad to see the Pro
Football players. Looks like they were headed for the big times.

glad the boys made some lifelong friends like you did. Sounds like the area was good for all of you.

Like father, like son with Jack, Jr joining the Navy; must have liked what he saw through your service with it! It is neat that they have remained friends from that long ago; that is rare these days I think.

Your #'s 65 and 10 are so handsome! Love the impromptu images and 'conversation' here, Jack.
Oh, and that capture of your mom in the easy chair laughing? Priceless!

I was shaking my head over talk of Bum and his pals. Well, that and your 'nekkid' friends from Christmas Tree Island.
Only in Key West!

You have a beautiful phamily! Love hearing these stories. MY son-in-law grew up in Florida and wants to return there someday soon. Love your photos. How blessed you were to have your folks with both yourself and Sherry. Nice memories.

Some great stories ~ Jack, Jr is one handsome dude, with hair or w/out! Love that one of Sherry and the boys, absolutely beautiful.