WE have enjoyed life…..

A few heartaches of course, I was the youngest living of a family of 7 kids. I had a brother and sister die in their youth. 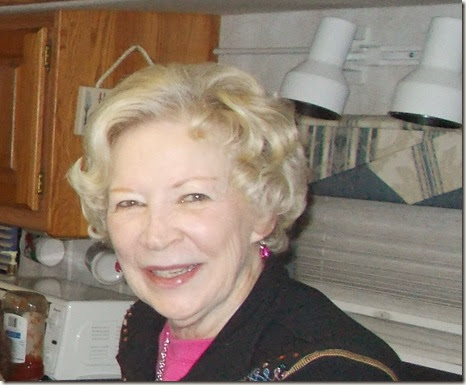 Today I have a sweet sister Shirl, still around, to keep me straight

Sherry the youngest of 7 siblings, has two brothers (Vernon & Johnny) to keep straight. 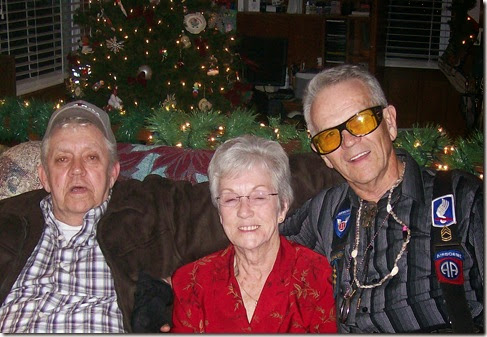 (Johnny (the youngest), Sherry and Vernon (the older)

Like others we have seen death up close for loved ones. We thank God daily that we still have each other. Too many our age do not have a partner living. We are in our mid 70’s now and honestly cannot believe it.  I know it did not happen over night, but it seems like it.

My sweetheart Still to this day gives me some great kisses and smooches EVERY DAY! I tuck her in every night and take time to enjoy HER, and some sweet kisses. We’re going thru a tough time in the family, and have spoken a little short to each other during the day, but we iron it all out before sleeping time. Thank goodness that happens on an average of LESS than once a year. I feel like crap after I say something that hurts my sweetheart.

My hearing problem also brings on some misunderstandings. Sometimes I think it would be better to be completely deaf, but down inside I know better.

I got off track, now back…

After Mama’s death Sherry worked for Army recruiting as a clerk/ secretary. That is not the correct title but it was moving paperwork, keeping track of phone records and miscellaneous stuff related to recruiting.

I started building for the fun of it. I liked to work by myself. I planted gardens at houses I was building in the spring. I sold a few houses with vegetables in the gardens.

When son Mark came to work for me he wanted to build more than one or two houses a year so we increased our output. He and I still did most of the work. Building, and especially carpentry, was what I realized made me feel good and drew me to work every day like a magnet.

I have broken unwritten rules for builders. One of which is:

I have built for both sisters and one brother. And I have worked for most of the family, and we still get a long, or did until some of them passed. One of the largest houses I have built was for my brother. Junior was the wealthiest of our family, and he and his wife EARNED every penny. They worked 348 days every year, until they retired at 67. On his death bed, he smiled and said, “I know I cheated you, on our house.”

“Hey Jun, I made $10 an hour on that house, only a fool would complain about that.” 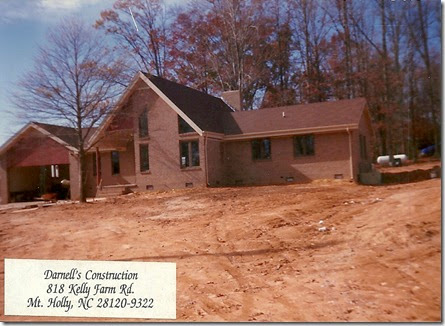 After they took possession of the house, He signed over his cargo van to me as a bonus, it was pretty new also. The house sold for 3 times what we built it for, after his death. I was proud of the house.(I cannot find the finished print)

I guess I will still talk about the family. 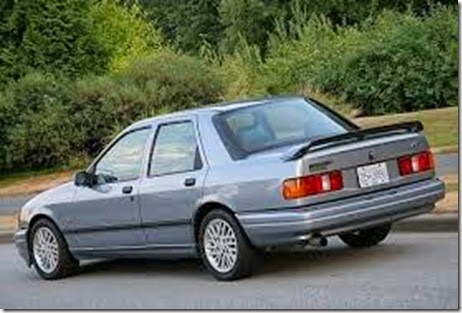 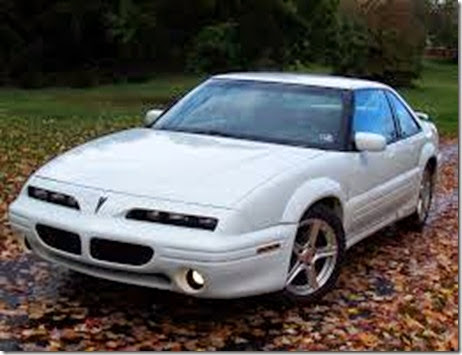 It's always good to find something you love to do as long as you have to work anyway When I worked it wasn't something I wanted to do, but I made a living from it. The trouble was I didn't get paid for being a stay at home mom. That was all I really ever wanted to do. That house in the picture looks very good, you did some very nice work there. Glad one of your sons could work with you too.

Sugar is flowing all over my
screen from all this sweet talk.
Brother you are good at breaking
rules as long as you don't get
in trouble. Jun enjoyed living there while he was alive and it was
a beautiful house.

Jack of all trades, you certainly mastered one!!! Junior's family home is beautiful, have a feeling shrubs and plants made a grand entry. You and Sherry have traveled so many roads; there's heartache sometimes we have no control over and can do nothing about. Just keep on smiling (I know Jack & Sherry will keep on huggin' & kissin'as well) Love you!

Whoops made a comment and it didn't stay here. I said I liked the pictures. Sherry and Shirl are some pretty girls. Also It's great you liked your job so much. My Mel really liked being a commercial refrigeration mechanic and going to different businesses and meeting people and being able to solve their problem even if it was the ice cream cabinet was unplugged in back. lol

I think it is good you are still talking about family, Jack. It is hard when the family is going through something not to sometimes say something we might later regret. I know I've done in a few times in my past (well maybe more than a few times) Hoping everything gets resolved soon, but always good to "make up" by the end of the day :)

That was some house!

You're so right about making amends with those you love before drifting off to sleep.

I've many regrets in these years, but can't say I've crossed that line -- yet. Like Mr. Garth Brooks' song, "If tomorrow never comes" ... well, I can't begin to imagine the sort of guilt.

Jack,
It is wonderful to be blessed of the Lord and good strong family ties. What else matters?
DD

You are very talented there - that house was beautiful.

You are so right about never going to bed angry or upset. The houses you have built were wonderful, indeed.

We also have lived by what Mama and Dad taught~never go to bed angry and seal it with a kiss. It's the only way, right?
You are one fine craftsman...just look at that beautiful house. You have every reason to be proud as punch.
Keep on talking about the family. It's wonderful you share your life. I don't have much to write about that's worth mentioning...
luv ya guys from way up here