It is interesting being a preacher’s son but not always fun. By the time I was 16, I thought I had attended enough church services to earn a ‘Get out of Hell Free’ card. However I took note, no one ever gave me one!

My dad did not start off life to become a minister. He was the firstborn of a large farm family. 9 boys and 3 girls. In about 1909 after the 3rd grade he left school to work full time on the farm. The family was amazing. Everyone of the family was successful in their own rite. 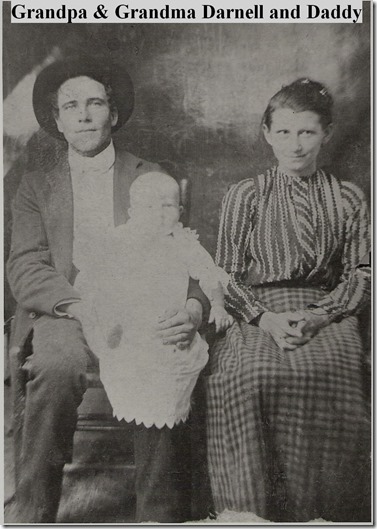 An amazing picture dad is the baby circa Jul 1903

Dad married mom and they became share croppers in Peanuts. In the early 1900’s there were a lot of tent revivals. Dad & Mama attended  tent services and both became Christians. They both studied the Bible diligently and my dad said he felt a drawing, a yearning, a calling to spread the Gospel. Working and studying the ground dried up, there was a depression. Still studying they headed to Florida for a WPA project. 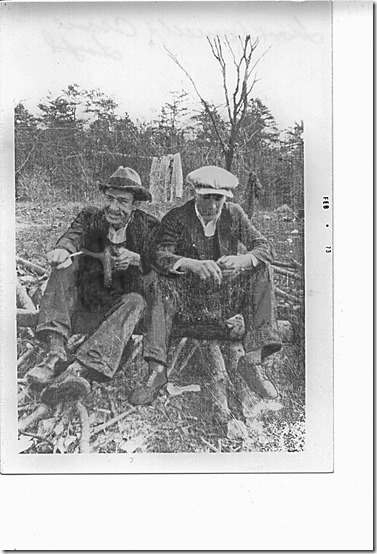 A lot of folk will remember how happy I was when Cousin Dewey (out in sin city) sent this. Daddy on the left and Uncle Oscar (mom’s brother) circa 1924

Dad like many others during the Great Depression was resourceful. When the tires blew out on the T-model they stuffed the tires with rags, and weeds and made it to Hollywood Florida.

Later they would follow dad’s parents to North Carolina, to a Mill Village called ‘Art Cloth’. The textile industry was booming, Cotton mill towns were needing workers. Dad became a weaver, then a loom fixer. During this time he attended some Bible School courses, and finally decided to build a church.

The Church was VERY successful, for years it was among the top 10 churches in our denomination in NC. We moved 6 times in my childhood. I did a great job of pouting and making mom & Dad’s life miserable on a couple moves because I was leaving some good buddies.

Dad never took a church larger than the one he was pastoring. He always took a smaller one and when he left it was larger than the previous one and usually out of debt, Dad Hated Debt (His or a church). 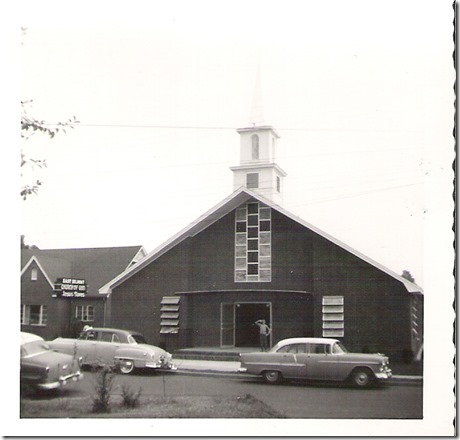 He had some personal opinions:

A pastor should never drive a car better than his average member.

A pastor should not be rich, we weren’t put here to be rich, Jesus nor his Apostles were rich, nor did they own fine homes or have a stable of horses and mules.

God will supply your needs, he never said your wants.

That was my dad. Frank Benjamin. Named after Frank James. And yes, he had a brother named Jesse James Darnell.

This one never made production:

A lovely tribute to your dad on Fathers Day. HAPPY Father's Day to you too Jack. ENJOY your day however you spend it.

Happy Father's Day to you Jack. Your Dad sounds like a man anyone would be proud to know.

Great tribute to your dad! Sounded like he was meant to be a preacher and he had his heart in the same place to shepherd his flock, not get rich off his flock. Happy Father's Day Jack!

This is such an interesting, enjoyable read.
You're right about them having to be resourceful. Why, I can't begin to imagine today's youth packing a busted tire with cloth and straw!

That's a pretty neat philosophy about taking on a small congregation and watching it grow. Your dad sounds like what God had in mind when he modeled the Preacher Man.

Hope your special day is great!

I am thankful we had great parents and a good life growing up.
They knew how to deal with two brats like us. I volunteered Dad for
everything in school. President of PTA, pray at Graduation. I also
had him go with me to the Prom. I volunteered him to take my third grade class on field trip and use Church bus. He would do whatever he was ask what a wonderful DAD.