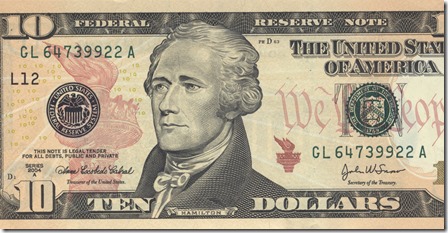 This is a reprint of Ken ‘s Column in the Calhoun Times, by permission. Cousin Ken, a grad from GA Tech, has owned a Carpet Mill, Printing Company and also lived and traveled extensively in the Middle East. He has run for political office a couple times as a Republican in a Democratic County, a tough call!

From the Calhoun Times by Ken Herron,  Weekly Column 554

When the conditions were right for the colonists to consider forming a new nation Alexander Hamilton was a college student and a practicing lawyer in New York City.  At times he had represented both the Loyalists (Loyal to England) and the Colonists in different court cases.  The courts were established by the Crown and were a part of the British government.  Alexander Hamilton was an important part of getting liberty and establishing the new nation.

Alexander Hamilton was not born in America.  He was born to Rachel Faucette in the British West Indies.  She had been married on her home island of Saint Croix in the Virgin Islands and had a son named Peter.  She left him and her son and had moved to a city called Charleston in the British West Indies.  She lived with James A. Hamilton and had two sons with him.  The first born son was named James, Jr. and he was the second son and named Alexander   for his grandfather James Hamilton’s father.

When James Hamilton heard that her first husband was going to sue Rachel for divorce, he abandoned her and the two boys.  The mother and the two boys moved back to Saint Croix where Rachel had inherited some property.  She kept them alive by operating a small store.  When Alexander was 13 years old his mother contracted a severe fever and died.  Her first husband had not divorced her and he took all of her possessions at her death. 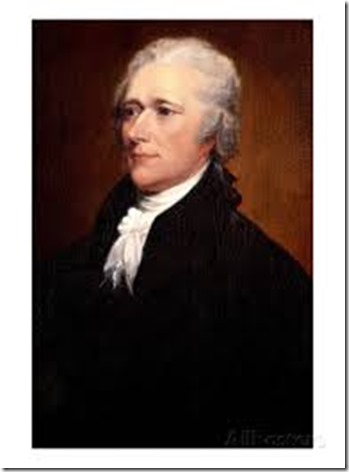 Alexander had not been able to attend school because he was born out of wedlock and the school was operated by the Church of England.  They would not accept him.  His family owned 34 books and he received much of his education studying these books.  When his mother died, a friend purchased these books at auction and gave them back to Alexander.  He continued to read all of the books that he could borrow and began to write.

To be continued in the morrow!

The Hamilton Motors Company was founded in 1917 by Guy Hamilton, after his Grand Haven, Michigan Alter Motor Car Company went bankrupt. The company produced only one car, the Model A-14 … 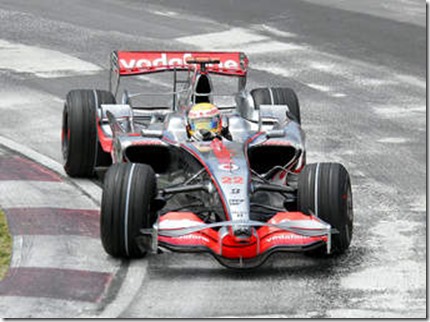 Very interesting reading and filled with some facts that I wasn't aware of. I'm looking forward to the next part of the story.

What a marvelous example of overcoming circumstances!
Thank you for sharing this, Jack. I, too, am looking forward to Part 2!

Very informative, Hamilton did have some incredible obstacles, his is a story of persistence and tenacity. Also, just read the Museum entry, great reading and oh yes, the family pics are terrific!

Didn't know this about Alexander Hamilton; shame he was shunned from getting a formal education by the circumstances of his birth!

Nothing like a little history lesson first thing in the morning while drinking my coffee. Very interesting.

Checking back for part 2
Lisa