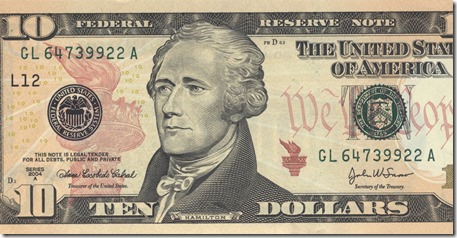 This is a reprint of Ken ‘s Column in the Calhoun Times, by permission. Cousin Ken, has owned a Carpet Mill, Printing Company and also lived and traveled extensively in the Middle East. He has run for political office a couple times as a Republican in a Democratic County, a tough call!

At 13 years old he (Alexander Hamilton) was able to get a job as a clerk in a retail store to support himself.  At 17 years old he wrote a report on a storm that had passed over Saint Croix and submitted to an American newspaper who published it.  His friends and neighbors were so impressed that the pooled their money and paid for his passage to the colonies. .  In his work he became fluent in French which served him well during the rest of his career.

He was still 17 years old when he arrived in Elizabethtown, New Jersey, and entered the Academy immediately.  They expressed him through the grammar and high school classes that he needed and he entered King’s College when he was about 19 years old.  He became involved in the Revolutionary cause as a college student but he did not believe that a mob should take action against the Loyalists.  During college he wrote anonymous letters that were published in favor of the colonists. 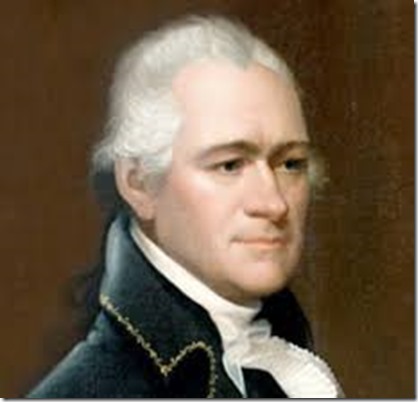 Alexander Hamilton was invited to join the British Army but refused because he was more inclined to the positions of the colonists.  At 21 years old he gathered just over 60 men and formed a military unit.  They participated in the Battle of White Plains and the battle of Trenton under Alexander Hamilton’s leadership.  He was invited to become an aide to General George Washington who was the head of the Continental Army of the colonies.  He accepted the position with the rank of Lieutenant Colonel and handled all of the clerical duties for General Washington until the war was finished and the British Army had left to return to England.

General Washington resigned his military commission and returned to Mount Vernon.  Alexander Hamilton resigned his commission and returned to New York to practice law.  When he was 27 years old he was appointed by the New York delegation to represent the New York Colony in the Congress of the Confederation.  After a year Alexander Hamilton was frustrated with the weakness of the federal government and resigned his position.  One of the last things that he did was recommend that the Articles of Confederation be amended to allow the federal government to collect taxes from individuals, establish a federal army, and divide the government into Legislative, Executive and a Judicial branch.

The final part in tomorrow’s Blog. Thanks for reading and I hope you are finding this as interesting as I did. 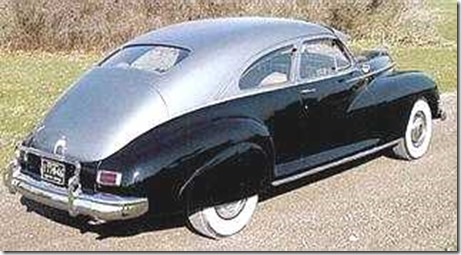 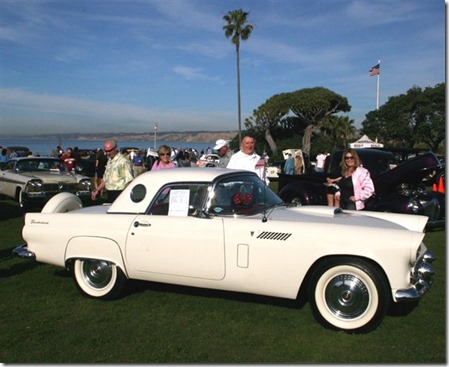 I read Ken's column and we studied that in History Class. I forget
a lots I learned in school.

I loved the T Bird and always wanted one but they were to expensive
when we were young. A Boy in Valdese had one and his Dad was a member of the Church. Hope you had fun on Halloween hee hee
I am thankful I did have any callers.

I don't know how you make a correction when I write a comment.
My last line should have been didn't have any callers...hee hee

Seriously, I'm so impressed by AH's accomplishments at such a young age. Those young men were made of sterner stuff than most 21-year-olds I know of!

I am enjoying this; I don't think we studied Alexander Hamilton widely when I was in school, so I'm getting to know him better here :) Looking forward to part 3.

Most Americans don't realize how smart our forefathers were. We enjoy the fruits of their labor without giving credit where it's due.
We live in a remarkable place and many people whine about the price of eggs :) You know what I mean.
R