During one primary election my wife and I voted for Fred in the Florida Primary.  Immediately after that he dropped out of the race. (I don’t think it was our fault!) 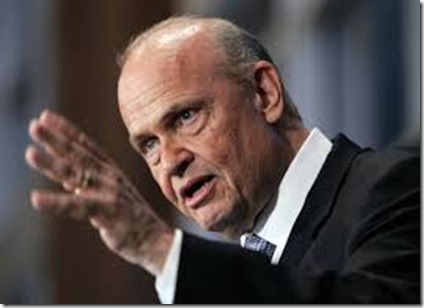 I will never understand politics I am sure and I will always be disappointed in the elected officials that make it. They just don’t seem to do what I ‘know’ is right.
But for Fred, I really had high hopes for him.  He appeared solid, honest and a good person.  One will never know the reasons for the ‘also-rans’ not making it or dropping out.
Politics all over the world seem to be tough on men and women. You must be tough just to listen to the others in their mischaracterization of you.  Your family must be ready for any ‘skeleton’ no matter how minor to be dug up and examined, looking for dirt. 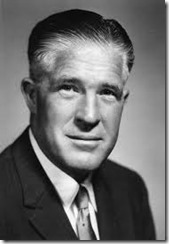 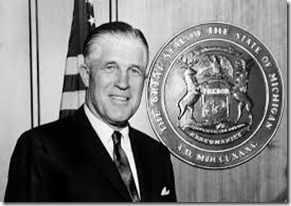 George Romney, presidential candidate.  My dad said, “George Romney would make the best president this country has ever known, Smart and a business man. But one statement, and the press made him an also-ran. 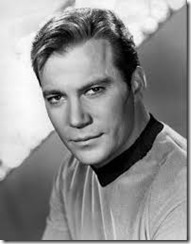 Since looking for motels, plane fares and cruises I have run across ‘Shatner’ or Star Wars ‘fighting’ for me a good price for a motel. On our last trip to Bat Cave, NC we passed a supermarket in Spindale where many years ago I had taken the boys to ride Loco, with Pancho leading the horse around in a circle. I thought it was great, never thinking how far Leo Carrillo had sunk to be traveling the Supermarket circuit.  But for the kids it was great (I don’t think either one remembers the occasion.) Did Leo need the money? Had he not been paid much as an actor?  Had he mismanaged from all the movies? OR LIKE ME, DID HE GET A KICK OUT OF THE KIDS? 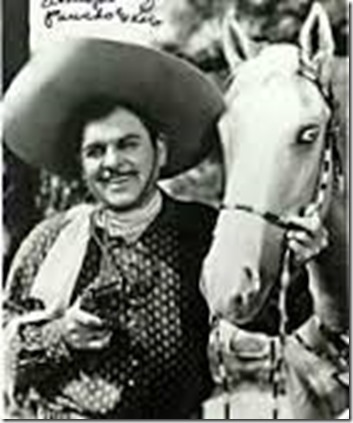 Back to Fred, We seldom watch TV but to be honest it hurt me to see Fred ‘hawking’ in some insurance commercial. But everyone is not independently wealthy and must make a living, it is possible that the acting parts just were not available.
But the well known sink, the good die and we all must work if we need finances. No matter the reasons for his actions after his presidential bid, I will miss Fred Thompson, I still think he would have made a great president. 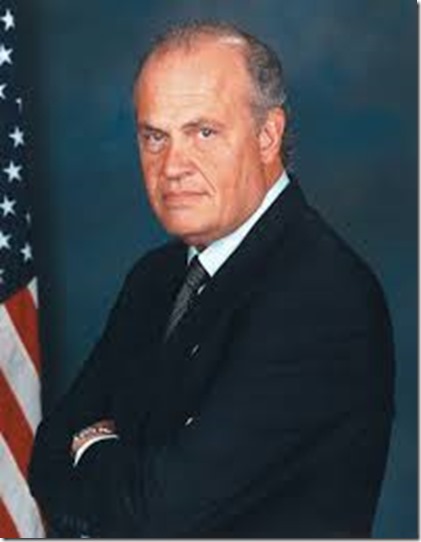 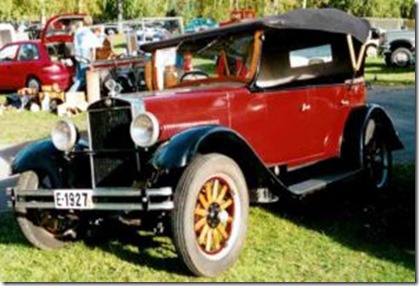 The Erskine car above and a 1928 Chevy below. 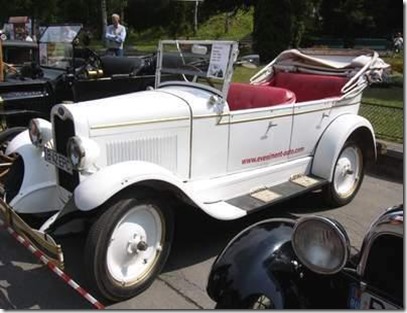 I was sad to hear of his passing. I think he did have honor and integrity. Maybe he just realized all the stress of being president and decided it wasn't worth it. It would be interesting to see how much he got paid for doing the commercials he did; the insurance company probably did their research on who would be a likeable believeable sales person and his name popped up. It might have been a pretty penny he got for that advertising.

Haven't had much "git up and go" lately but did want to make sure to tell you I really like "The Vacation". You just keep getting better and better with your writing.

I think when they do commercials it is more money coming. They probably
happy to be working at something. I would think it is a lot of stress
running for an office plus what it put the family through. I don't think I will run this year...hee hee

For the life of me, I can't understand why a GOOD man would want to run for the highest office, hence drawing a bulls-eye on himself. Unfortunately, I've little recollection of Fred ... but I'll take your (and Sherry's) word for it!

Oh, I'm sure the commercial $$$ is well worth it, but (like you) my first instinct is how far he (or she) has fallen.

I guess we should be thankful for those that want to run for any political office. It's a tough job and not everyone can handle it. Thankfully we do have some good officials that help to keep the others on track.