We are at WAR, No sane person wants WAR!

Only the older generation can remember when it appeared we had no choice but to enter into a World War.  We were vulnerable, we were attacked. Americans banded together with people of like interests (Allies) and defeated huge threats from the East and the West. We were triumphant, if you were around on V-J and V-G days you will remember the release of pent up fears of families with family members fighting for us to stay free as WE celebrated.

Those victories did not come without sacrifices. Those sacrifices of giving sons,daughters, husbands, living with rationing, and without some goods. I still contend that WWII was a righteous war, not a good thing, because it was terrible, but the right thing because someone wanted to take our freedom and force their beliefs and standards on us. Free people DO NOT LIKE THAT!

I have some suggestions that are not new, and we have folks who are high profile suggesting about the same.

Why not build safe cities in an Arab country(Syria) for the refugees until ISIS is eliminated and they can go back home (displaced want to go back home).  Protect the cities, feed the people, furnish outlets while they wait. Cost? of course it will cost but the cost already in some European countries are already unbearable. Monetarily and physical pain, including loss of life.

This will be a horrible war and ISIS has already declared it. At present I am personally against taking in refugees for the very reason of the carnage we saw in Paris.

One last thing and I will get off my soap box. No one can operate a war without money and that includes ISIS. What in the name of common sense has stopped us from eliminating their source of revenue? They openly sale oil at Millions of $ a day.  Stop that money and we will see a drop in the spread of major actions.

It takes money for terrorists to travel to cities they attack. It takes money to buy guns and ammunitions. If the gasoline is stopped after awhile the vehicles and tanks stop.

I am hoping we have some solid leadership in this war, because it is WAR. Many of us older folk wish we were young to contribute something other than rhetoric.  I do not want to see ANYTHING close to 9/11, Paris or any other terrorists attacks in the USA..

Remember our troops in harms way. Pray for the families of the victims of the Paris Slaughter and REMEMBER , still close to a hundred victims still clinging to life.

I have great respect for the early makers of cars: 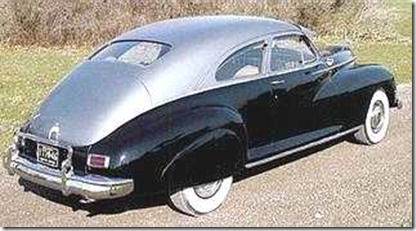 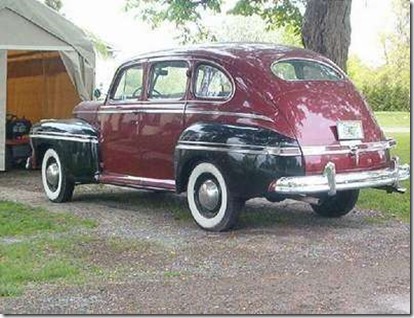 But to me, the three above were not real winners.

I think we should have started the war a bit ago against ISIS. We let them get too powerful for their own good and now look at the mess we are in. Unfortunately it needs to be done, to wipe them out, though I hope it is not a long war nor a war that claims a lot of causalities.

Im not educated enough to speak on the behalf of any of this but I agree that we should keep the refugees out. I know we are a generous country but we cant afford to open ourselves up for more devastation which im afraid is still on the way.

Yes, I remember my parents speaking of WWII (dad was a seaman) and rationing books.

It's probably a figment of my imagination, but I like to think of the USA at that time as people standing united as one. The sheer divisiveness within our own borders is pretty frightening -- without adding more to the mix.
I think Charles Daniels made a pretty good point on Facebook this morning: "Bringing 10,000 Syrian refugees to America is like dumping a truck load of snakes in your yard and hoping there's no rattlers in the bunch."

Good post. As you probably remember I still have one of my rationing books. Also remember the black outs. It was scary to a kid. Convoys passing on the road and we would run down to the gate to wave at the soldiers. I'm praying and praying.

There are no easy answers, but I do believe this: when fear begins to take control of our lives, ISIS wins. That's why they do what they do...to terrorize innocent people.
Sitting back and doing nothing is not an option though I'm not sure what course would be best.
R

I do pray for our troops every day and am very thankful for all they do to keep us safe. War is a terrible thing and I pray for peace but you are right peace comes at a cost sometimes.