New question, What about Jury Duty? 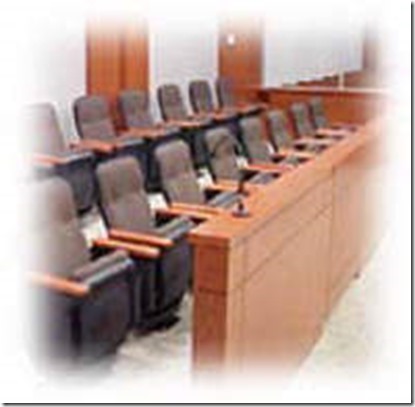 Friend Jackie asks an interesting question. What about Jury Duty letters?
To be honest this is one question we have never been asked and one we never thought of when we went full time. Then one day, out of the blue with one of our mail calls, here is a letter from Lake County Florida, Sherry Darnell, Summons to Jury duty. We were traveling outside the state of Florida. 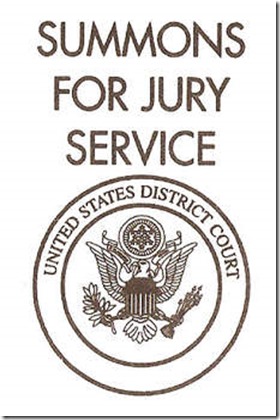 We headed back to Lake County found a site as near as possible to the court house and Sherry reported for duty. She was never called, she was only present one day for a selection, she did not serve.  I am confident had we been thousands of miles away she could have been excused.
At that time we realized, HEY THIS COULD BE A REAL PROBLEM. So I contacted the VA for a letter verifying I was unfit to serve because of my hearing. It is a funny thing in our married life Sherry has been summoned three times and I was never summoned until I was unfit.
So I did receive a summons later, but sent in a copy of the VA letter and was excused.  I have no problem with fulfilling my civic obligations, but using me would be an injustice.  Now we are both into the age where we are not required to serve.
We try to inform anyone that our mail is sometimes 2-3 weeks out, and something important, e-mail, text or call, but you cannot cover every source. 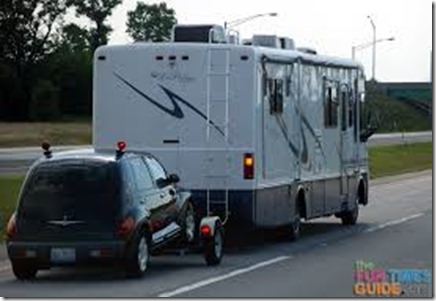 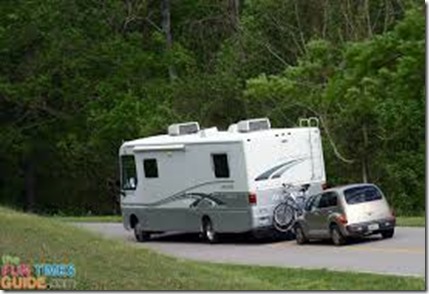 (4 on the road towing, our style)
BACKING UP THE RIG THAT IS TOWING A CAR..  This always gets attention for drivers who realize, there are times you must back-up. 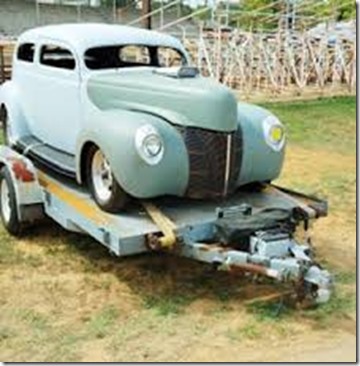 If you are towing on a trailer, as above, YOU CAN back up.
BUT It is physically impossible to backup if you are towing 4 wheel on the ground. A tow dolly also has 4 down, two on the dolly and two on the car.  There are many trailers on the road. If the car is on a trailer, you can back up the same as a tractor/trailer rig, because you only have one set of tires down to pivot on. There are elaborate trailers that haul a car, boat, and a golf cart or motorcycle. 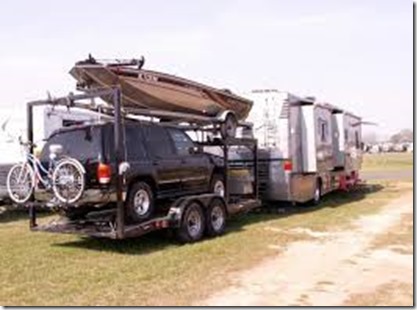 The above trailer has it all and CAN BACKUP also.
And then there are the guys who want it all, towing two, THEY AIN’T GONNA BACK UP! 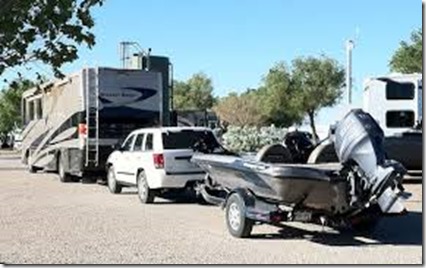 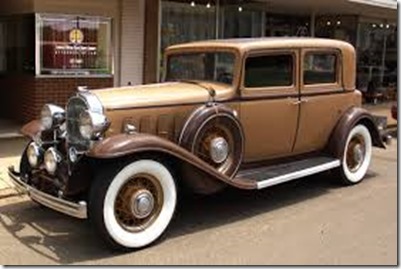 1932 Buick  above AND  below unique toy haulers. 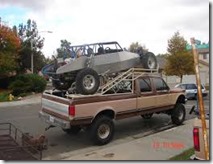 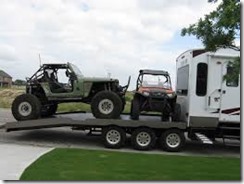 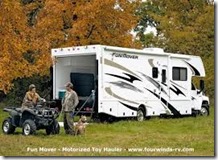 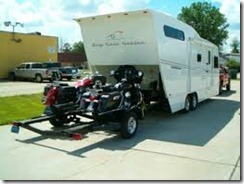 It does offer challenges, but lots of benefits too :) Always have to be thinking ahead I am sure when driving the RV and towing :)

I bet too you would have been excused from jury duty if miles away, or at least postponed. Probably happens with the snow birds that fly from Montana to Arizona and the ones in the east that fly to Florida :)

... Jus' another example of things that never occurred to me! Fortunately, neither Tom or I've actually had to serve; but it's SO inconvenient having to show up then wait for what feels like forever.

Off-track a bit, but the worst example I've seen of our court system's "Be there or else" tyrannical attitude occurred in Florida when a woman fell on her way to the courthouse and (thought she) broke her leg ... and the court officer made her sit and wait until the attorneys finished their preliminary questioning.

Humm I never though of that one, jury duty. I've served once in San Antonio and once out here. Didn't mind except in San Antonio the parking was hectic but out here it was a snap. Now I'm too old but didn't mind doing my civic duty.

I Served once in Charlotte and have received a letter since I moved
here. I sent the letter back and said "I am getting older and my
judgement is not good and would not be able to do a good job".
I was dismissed. The other time I served it was boring just waiting.\
Hope I am not called again...

It seems most don't like jury duty. I've never had to serve, maybe now I'm too old. Still we have to be thankful to the folks that do. I've always felt that I could never judge another person. Sounds to me like you could easily write a book about RVs that would be helpful to a lot of people.

I spent 3 months on federal jury duty once. Thank goodness we weren't sequestered but I can tell you, those three months let me know that I never wanted to be a lawyer.

I sometimes have problems backing my short-bed pickup with an ice chest in the back:)
R