Time to think Of Next Year’s Vacation

Not Bragging but thankful,  Sherry and I have visited a lot of places in our 70+ years,  Many times on a shoestring and others out of abundance. We always say, ‘God has been better to us than anyone.’

Our lives have been lived on the spur of the moment decisions and also long range planning. We once decided to take a trip and flip a coin at every major intersection. Heads=Right, Tails=Left.  That was a silly experiment.  We were back home in less than two hours, seriously.  We did get a big laugh out of it. 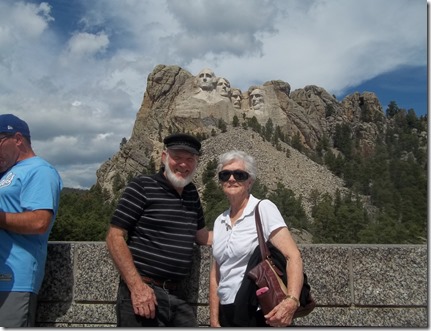 We have found that ‘destinations’ on the East and West coasts are all over flowing on holidays. The sheer number that can reach the destination in a day is amazing. Once we started taking in the Mid West/West. It is amazing the difference, and that is mainly because of the distance folks must travel to visit. There is a lot of traffic in the Mount Rushmore area because of the number of nationally known interests in that area, i.e. Rushmore, Crazy Horse, Custer State Park, Needles Highway, Lead, Deadwood, the Devil’s Tower and of course Sturgis. 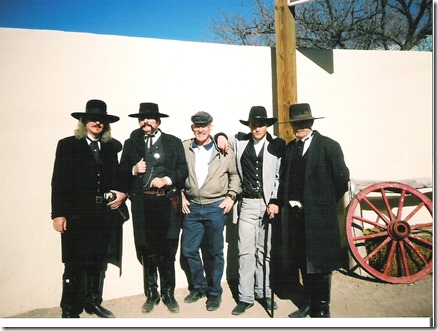 (Me, Wyatt and the boys), below The Buffalo Soldier 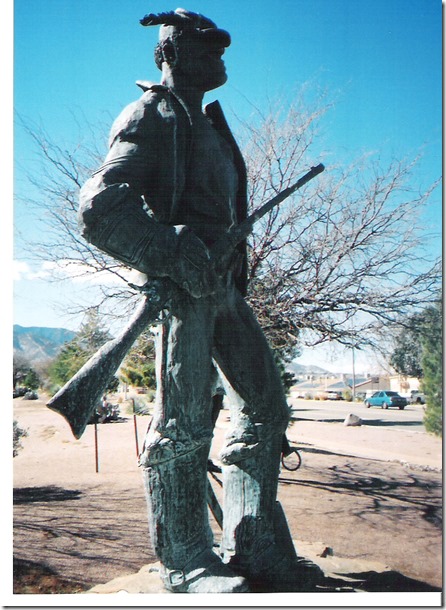 But consider Tombstone, AZ with such rich history, but less traffic, here the tourist is really appreciated. Although so much history is there, the traffic is light because it is off the beaten path. But once you are in the area you will find a FULL vacation. Nearby is Cochise’s Stronghold, Chiricahua  Monument, Wilcox, AZ (Rex Allen), Fort Huachuca (Buffalo Soldiers) and so many Ghost towns I lost count.  We even traveled south and were able to climb into a cave that was NOT LIGHTED, but was managed by the state. That was an experience. 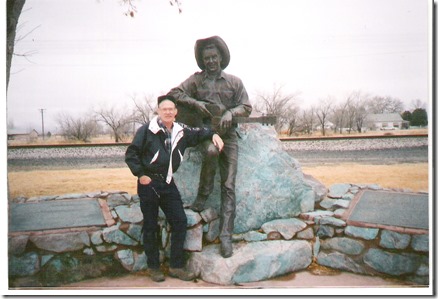 Arizona was ‘supposed’ to be warm, but we awoke to 3” of snow once near the Chiricahua Monument.

Walking in the Monument.

There is a feeling of history, not pretentious or fake, just facts. Even the artifacts are mostly unrestored and as they were. In Tombstone Boot Hill is the actual cemetery. The original hearse is on stage at the Bird Cage.

I had NEVER associated politics with the old west until visiting the Courthouse in Tombstone to learn that the Earps were registered Republicans and the Clantons and McLaurys were Democrats.

It was about this time of the year that the Gunfight  At the OK Corral was fought. (October 1881).

We loved this area of our USA. 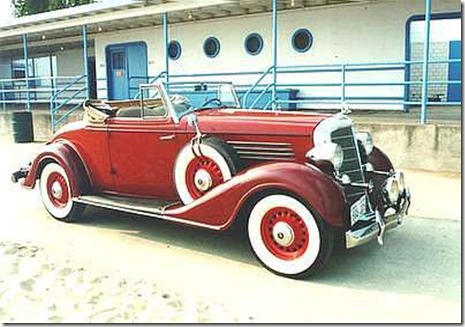 1934, YOu gotta love the Buick above and Packard below! 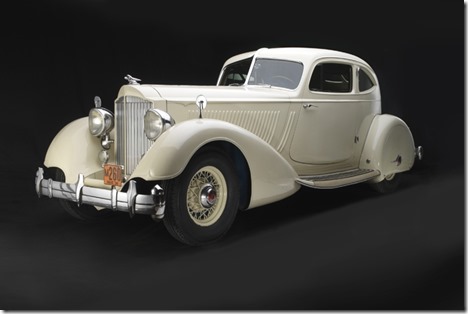 It is fun to travel and see the world (or the country). So many interesting sights out there indeed :) If you do head west to Arizona this year, we'll need to get together and "drag" Myra into it too :)

What a great way to see this place. A lot of people travel all over the world but rarely see America. We've traveled a good bit, but not much in comparison tour you and Sherry...but the road is long:)
R

Doesn't this nation of ours have some wonderfully-diverse temptations? You and Sherry are fortunate, indeed, to follow your hearts.
Naturally, I'm a bit biased, but I'd love it if y'all wander this way!

You both truly are blessed to have seen so many interesting places.

How wonderful to be able to travel like you have. I'm thankful for all the pictures you share as I'm an armchair traveler and enjoy seeing what I wouldn't otherwise. There is a lot of history packed into every mile we travel. Most of my traveling has been done right here in Ohio. Nice to make some plans as winter sets in. I know lots travel to where you are for their winter vacation. Hope the two of you are enjoying some beautiful weather.