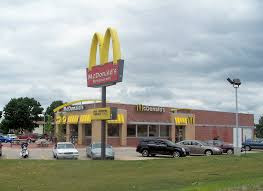 It is probably known by most who read the Shipslog, that Sherry and I go to McDonalds most every Sunday Morning before church and share one biscuit with jelly and coffee.  At times folk look at us feeling sorry for us.  ;-)  (I continue to attend church with Sherry but still cannot hear most that is going on. But to be truthful, I do hear more.)

But I digress. Last Sunday morning we went to the McD’s just north of the Florida Turnpike’s end. Upon leaving the motor home I figured it would be much quieter at McD,  since this is not a holiday weekend.

Pulling in I knew I was mistaken. The parking lot was full. Inside as Sherry stood in line, if got our napkins and took a seat. I counted about 80 people. About normal for a holiday weekend. I started watching people. I watched a nice black lady, motion Sherry on ahead of her (She was smiling and had already ordered).  I noticed Sherry and a couple folk of color talking, smiling as they waited. 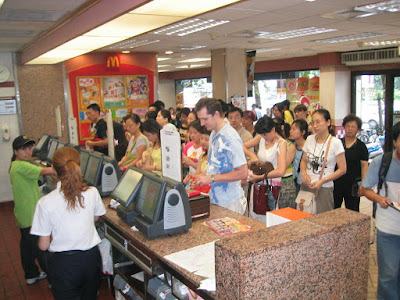 Throughout the restaurant, folks were smiling, laughing and talking. There must have been 40 Boy Scouts constant, as they came ordered and left with food. Lots of folk, finishing their vacation at Disney or Universal, want to head on north, eating in the vans and cars.

The restaurant was a mixture of black, white, brown and oriental. ALL GETTING ALONG, SHARING THE WAIT FOR FOOD and sitting side by side.  I observed, ‘This is a happy bunch of humans’. No one seems to care what color. Shucks, even Ronald McDonald is multicolored. I observed blacks holding doors for whites. I saw whites holding doors for blacks. I saw interracial unions and roughly dressed local redneck cowboys (Florida has lots of cowboys). All laughing and getting along. 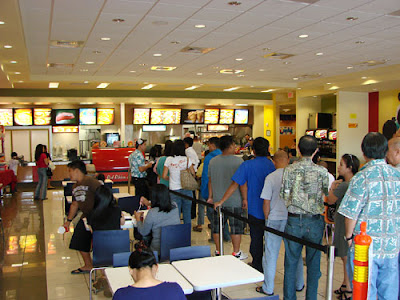 I asked myself. We are all human, ‘why can’t we just get along?’ As was famously said by Mr. Rodney King many years ago.  Well, WHY CAN’T WE?

The answer is, YES we can. But it takes trust.  It also takes a country that is serious about being For the people. My loving mother until her death referred to her friends of color as ‘colored’, because as a little girl she was told that was a respectful term. Her parents ran a country store that served both black and white. She was taught to respect the ‘colored folk’. She never forgot it. She was, (using friend Myra’s term), “Wired in with respect (manners) for colored-folk”. 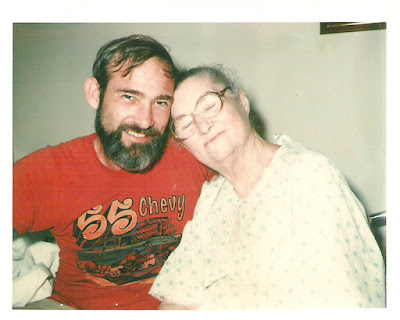 In my opinion this the greatest country on earth. We do have a serious problem in our country presently. This is not original but,  Instead of making it worse. Let’s try to make it better, one man, woman, boy and girl at a time. But let’s make it better. (as Tiny Tim in Dickins', The Christmas Carol said: God bless us all.)

Nite Shipslog
PS:
Myra put this in comments yesterday, I thought it worth repeating:
Myra said....Something I saw out on Facebook this week: How sad, (that) our military sons and daughters are fighting and dying overseas to protect us ... while we're killing each other here at home. 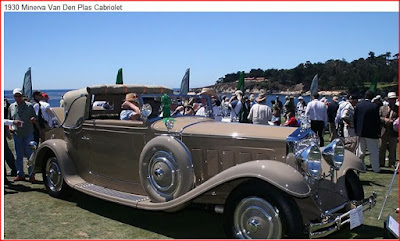 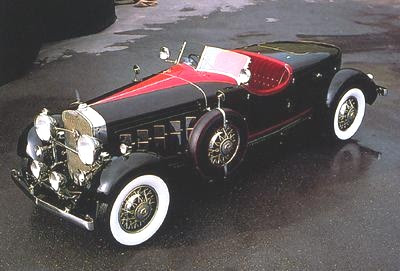 What a nice experience and proof that yes, we can all get along. It's the rare few that make up the population that don't want to get along. For the most part there is a lot of good in this world we just don't hear about it.

I like what Myra included in the comments. That is something to remember as we try to get along with others. People are basically friendly and willing to help out, of course there are some in the bunch that aren't. As long as we do our best and others do their best, hopefully this country will settle down a bit.

I can honestly say, I have never came across a stranger and smile that has not smiled back, said hi or held the door for me. If they do not smile back or let the door slam on me, I just give them the benefit of a doubt that they simply didnt notice me. I think there are more good people in this world that bad.

half a biscuit is enough!
Lisa

Mother taught us right..never see color. Since Dad was a minister we met all
color, denominations and different race. We learned early in to accept people
for what was in their heart. Mothers life was helping people she was the kindness person in the world. We learned a lot from our parents and for that
I am thankful.

Thanks, Jack!
Yours is a timely, sweet example of what it means to be Americans.
... and at what better American icon than a McDonald's. :)

Very Good Post Jack, there really is no reason we can ot all "Just get Along" !

What the world needs now is LOVE sweet love. And peace on earth.