Cheese and other stuff

ATTENTION:  My latest book:JOHNNY, THE TRAIL AND TRIALS (SUB TITLE) A good boy in Trouble is FREE AS AN E-BOOK for the next 5 days on Amazon.


As I was deciding on my snacks last night I chose cheese. I love cheese, from Curds to sharp cheddar. There are a few (Un-American cheeses) I do not like but I don’t know their names. LOL). I settled on a mixture of Colby and cheddar. My choice to sides for my snack is saltines and milk.

I seldom have milk except in cereal or with cornbread. There is something satisfying about cheese. Can you make cheese at home? Not that I am going to try, I was just wondering. I am not sure who introduced me to the idea of curds, but I am sure it was Dar or Mel up in the north woods. I guess if anyone made cheese at home it would be one of that ‘bunch’. Dar & Bill are making maple syrup this week, they amaze me.

So later when passing through West Jefferson, in the NC Mountains. I had to have a bag of curds from the cheese factory there. Yep, I liked them too. 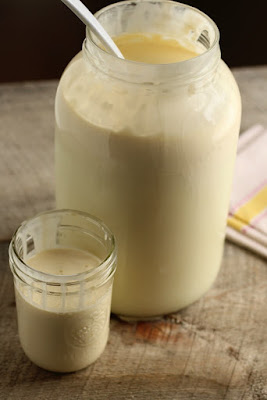 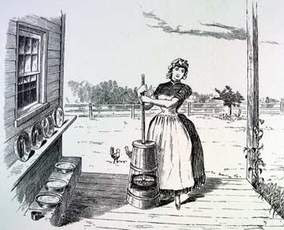 We were raised on canned vegetables growing up and early in life, mama’s own butter. The first churn I remember was an up and down ‘dasher?’ Mama let me take a turn every once in a while. 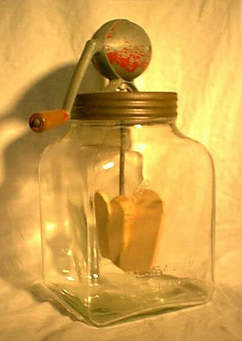 Later mama said she was ‘citified’ and had a gallon jar paddle type ‘churn’ to make butter. You talking about good! Put that fresh butter on some corn bread and let it melt. MMMMM!   We also stirred it into honey, molasses, jelly or jam with that butter.

But one of my favorites as a child, was a hot biscuit with butter and a spoonful of brown sugar melting together. Most folk never heard of that one, but I introduced that to my customers when I ran a roach-coach, it was a breakfast hit, for 35¢.

Nite Shipslog
PS:  I think I said a few weeks ago I was going to do our taxes. I lied.  I finally made up my mind last night and completed our taxes. Shucks, we will pay a little again this year. Maybe I should see Herr Block. 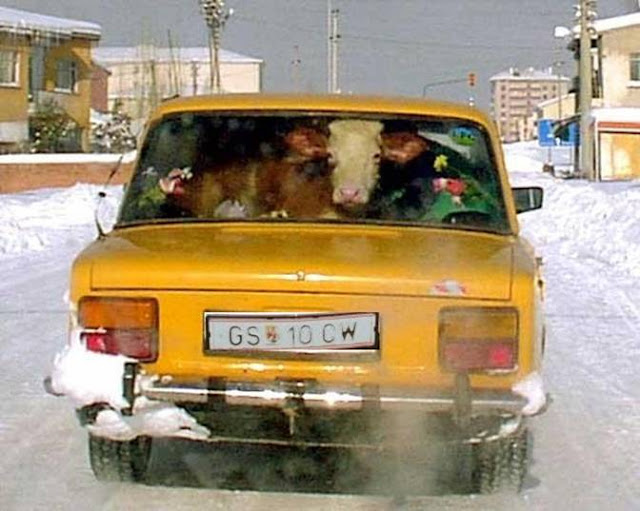 On the trip when you MUST have fresh milk!  You just take the cow@!

We always use H and R Block. We've gotten refunds the past few years but only because we do the married with no dependents or single with no dependents type of things during the year so a lot is taken out. It was ridiculous to see what was taken out of hubby's pay check over the year (did I mention this before?) but the end result is a nice healthy refund that we use to further the projects we want to do around the house because for the life of us, we can't save money through the year to accomplish such :)

I absolutely love cheese, I could exist on cheese, pasta and potatoes :)

Your post just slid right off the cheese to the butter. I like a sharp cheese. I remember memmaw making butter. I have always wanted to try making it but I dont know where to find a real cow or goat. My sister used to eat butter sandwiches and the best appetizer at the Italian resteraunt was butter and crackers.
Wonder if they have modern tools to make your own butter? Imma gonna have to look into it.
Oh and I won a blog make over... so we are working on that now and ill have a new blog look soon!

There is nothing quite as good as homemade butter! Now you have my mouth watering for a taste of some. Cheese, is good, but butter is better.

So nice of you to choose Colby cheese. It's produced about 40 miles straight south of us in a little farm country town named Colby. We stop there often to get fresh curds right out of the vat. Awesome sqweaks in your teeth delicious. Thanks for the generous comment. Yes, you probably had curds here or at Mels. I've made both cheese and butter. The butter was purely accidental. While making fresh whipped cream from our own Nelly's cream just separated from the milk in the cream separator, it was so full of butter content that it turned to butter in less than a minute. THAT's amazing. Nelly was an awesome producer. We eat only butter, none of the plastic stuff.
Love n' Hugs from up north where the maple trees are pouring out sap for more pure syrup. We'll be blessed with a good week of warm days and cold nights. I'm thanking the Lord in advance.

I keep meaning to try curds sometime; our local Culver's advertises them, but I'm usually too full after one of their burgers.

Funny, your mention of cheese ...when just last week I told Tom I should start rooting for the GB Packers, on account I've become a cheese-head. We recently discovered a supermarket with more than 100 varieties.

My goodness, but Tom would love that biscuit w/ butter and brown sugar. Even my 'spit' is spouting under my tongue! :)

Cheese is a good snack with crackers. I like grilled cheese sandwiches.
You can use cheese a lot of different ways. I guess I want try to make my butter. I do remember Mother churning. I think everybody churned in the old days. Things sure are different from when we were young. They were the good old days....

Homemade butter sounds good with that brown sugar. i'm in at the word cheeese too. YUM!

You might be eligible for a free $1,000 Amazon Gift Card.