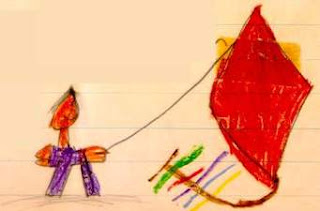 March, in my childhood that meant flying kites. Within the last few years I saw a video of a man who flew multiple kites.  It was amazing to watch, the tricks, the interaction required and the just plain skill. 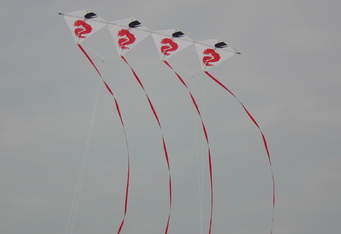 There are about as many styles of kites as there are car makes and models. 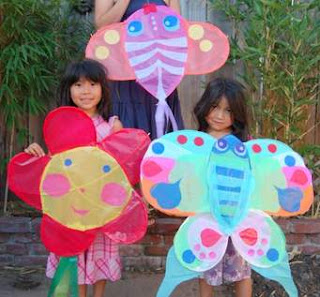 When I was a kid I did see the many designs of oriental kites, but in North Carolina all I ever knew was ‘two stick’, ‘three stick’ and box kites. I never flew a box kite. 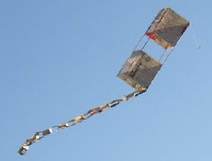 My kites were homemade. The sticks were tall weeds or sticks scavenged from someone’s crashed kite. The paper was the paper from grocery bags.  BUT when it was available, the paper that the cleaners used to cover dry cleaning was the best. Of course pictures were drawn or painted on them. The glue was mucilage, remember that? Or flour and water my mama taught to me. 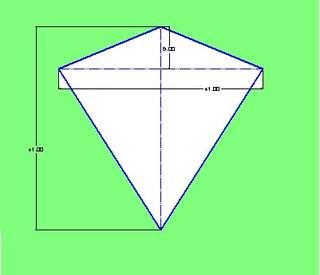 There was no fancy tricks, it was just a trick to get it aloft. The string was saved from year to year, adding more each year. Once you got a few hundred feet on the stick, the string might break, and you lost the kite and half your sting. At times the string would get caught in a tree after it broke and your kite would fly all day and into the night before it came down. 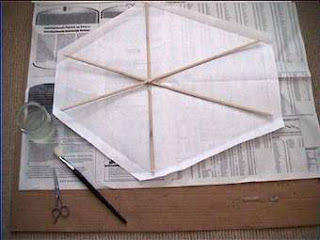 But a successful day was getting it aloft and feeling it tug on the line and getting it back  safe and sound. You and a buddy could lay on the ground and just talk. During the day you would send ‘messages’ up to the kite. Taking a small square of paper (Or candy wrapper) and with your knife make a cut into it  slip it on the string so the wind would catch it and slid it up the string all the way to the kite. We did write notes at times. What a thrill to see that note climb up the line out of sight.

But the fun was dreaming what the kite could see. What you would do if you could fly, the subjects were limitless. That kite up and flying, the thrill of having all your sting out and the kite about out of sight at times was  SOMETHING. BUT the main thing was you had made the kite and it was flying high and straight. That was March.
Nite Shipslog 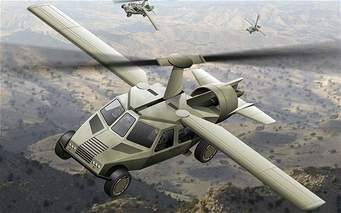 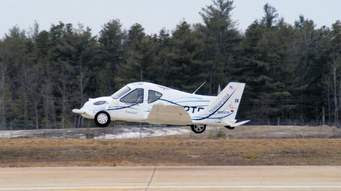 The top two are flying cars. The bottom is a kite fueled car! 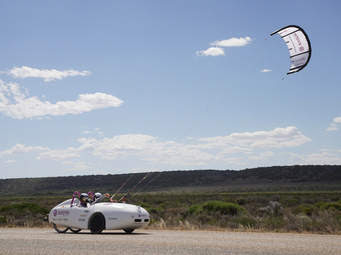 I haven't flown a kite in years. But I remember how much fun it was. Teaching our daughters how to fly one was magical too. Thanks for the great post. Brought back memories.

I remember growing up and making kites out of newspapers. Most were successful in flying too! Not much wind here these days to fly one; but sure would be fun to do so!

What wonderful memories! I don't believe I've ever flown a kite. ... or more likely, I FAILED and have blocked it out. :)

A school sits on the lot where Mel used to take the girls to try to fly a kite. I say try because it seemed there was never enough wind. I found it kind of boring and frustrating but would watch for a while then walk the block back home.

How we all loved flying kites at the farm and still do every Easter Sunday. Sometimes there are half a dozen or more up at the same time. So fun. Our kids flew many a kite, homemade, some new, in our field. Andy now had his own big field and the farmers next to him to help his boys chase kites. We have one that was a gift. It's so big that it cannot be flown within 3 miles of an airport. Our small airport is closer so the rainbow kite gets pulled behind Dustin's boat on the end of a musky fishing pole. Now that's a sight to see.
Thanks for the great memories. You always come up with the best posts.
Hugs from up north where the winds are blowing. Let's go fly a kite!

I never flew a box kite either but I had a bunch of kites made from newspapers.
It'll be that time of year here soon.
R

We would gather sticks and Mom would make us each a kite out of news papers. Times were so simple them. We would run like the wind with those things trying to get them in the air. Most of the time they flew pretty good but mom gave us a short string so they would not tangle in the power lines.