The bad part of growing older

Here in the motor home we have our own phone directory.  Since we are seldom in the same area I have compiled a list of Kin, friends and businesses we like to have handy. Yearly (or close) I update the list with changes and adds we have penciled in. I just went thru 15 pages of the directory and make probably 50  changes. I did get one printout before the system crashed and I lost all the changes. Soooooo, I will have to go back thru the list and re-do the changes. We have two copies, one in the car.
I don’t like that. But what I did not like was ‘deleting’ friends and family who have passed.
I did not count but I am sure I deleted about  8 names we held dear, who have gone on. 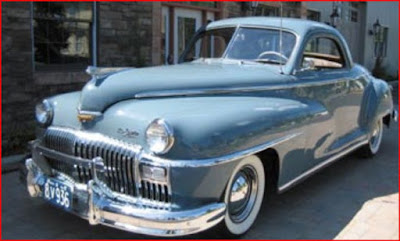 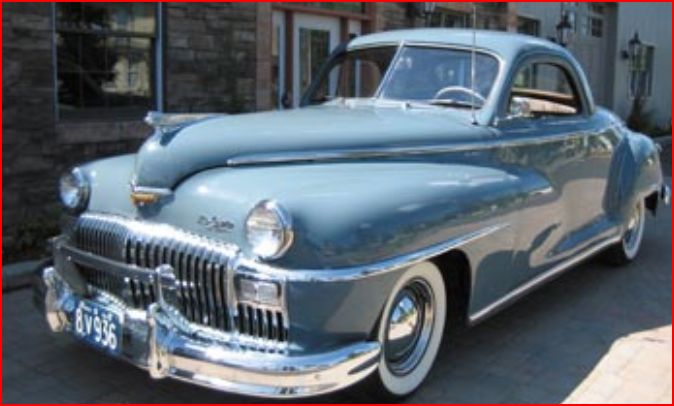 1948 Desoto coupe
Most were older than I, as it should be.  I deleted the names of Douglas and Grace Carver. He died first, followed by Grace. One of their daughter's Patsy, took them into her home and took care of them until they passed. 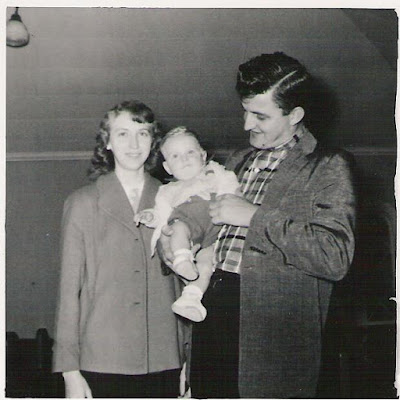 (Douglas and Grace Carver and their first child, Joey)

I liked Doug because he was instrumental in me asking Sherry for a date. I don't remember why, but I was in an old 1948 Desoto business coupe. Dale Hartness was driving, Doug in the shotgun seat and Billy Ogden in the back seat with me. We had been to Ruby Falls near Chattanooga. I don't remember why I was with them.

I don’t remember how the subject came up but it was suggested I ask Sherry for a date. I thought she was out of my reach. She was a beautiful girl and also a class ahead of me in school.  Billy had dated Sherry. Doug and Dale were married but friends of Sherry’s. If she didn’t stick with Billy (who was a tall handsome wavy haired dude) why would she even give me a second look? But she did.

(I could see my girl in bed, Benefits of this motor home) Just minutes ago I tucked my girl in bed. Always a highlight of my day. She is still the most beautiful woman in the world. I had never asked her before, but I just asked her why she didn’t hang with Billy? She said, ”I liked him, but I couldn’t like him as a boyfriend.”

I said, “All I can say is, it was his loss. I GOT YOU!”  Amazing isn’t it? Life.  I probably would never have had the fortitude to ask this beauty for a date, if it had not been for a chance conversation in an old 1948 Desoto coupe. Boy, am I lucky.  That was over 61 years ago. Life is still as sweet as it was that first date.
Nite Shipslog 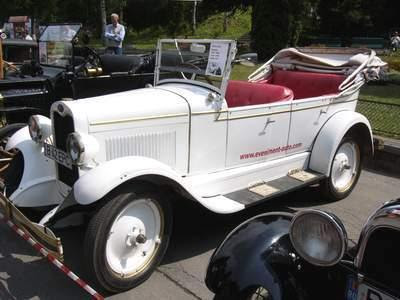 Sherry was just waiting for you to come along. Your and her relationship, marriage, etc., were meant to be by God and what a wonderful union it has been for the both of you!

So true, my address book is beginning to look like yours. Sad loosing friends and family. There are plenty of wonderful memories though, like you I have some good ones!

Brother you made a good choice. Sherry is smart, beautiful and a good Sister-in-law.. I miss you both and be glad when you come home.

Of all the unions of two fine people, my parents and yours has highest marks ever. You were blessed by God when he nudged you in Sherry's direction. I love the way you still tuck her in. It's the sweetest gesture in the world to have such a great love.
Hugs from up north. We bottled 4 3/4 gallons of liquid gold 100% pure maple syrup yesterday. It was a maple sweet breakfast this morning.

Awe, Another sweet love story of you two. yall are just precious. Isn't it neat how things just work out?
It is sad when you have to delete names of loved ones that have passed. Its gotten where I seem to have to delete a name each year off my Christmas card list. But then again, It seem I also have to add a new name as younger family members get their own address.

At our ages we don't have many friends left and we sure miss them. You and Sherry are a union made in heaven. The wind is blowing hard today here and we don't like it, not use to it. Trying to decide which direction to drive. We've about used up all the country roads.

Address books do need upkeep at this time in life. And unfortunately too many dear friends do pass. A sad fact of life.

Your 'directory' makes me smile. And, of course, take pause for those who've gone before.
I've had similar feelings while perusing my h.s. yearbook ... realizing how fragile and fleeting are our moments.
Love how you still tuck Sherry in each night. :)