Dream of a language


Mentally, I am stuck on my radio program. “Stroke of Fate’.  I realize why most folk would not remember it. It only lasted Three months. From October to December in l952 (or ’53).


I got to thinking. (Not always a great idea) But, if you were to dream tonight that you could read/write and speak a language not native to you (Mine is English). Then after you awake, you would be sitting on the side of your bed and realize, “Hey, that was a neat dream,” then realize it was not only a dream, but now you are fluent in another language.


Which language would you just love to know in depth?

I was thinking, I took one year of French and remember only a few words of the language. I actually tried to converse with a Frenchman once in Italy while we were waiting for a bus. I WAS LOST! 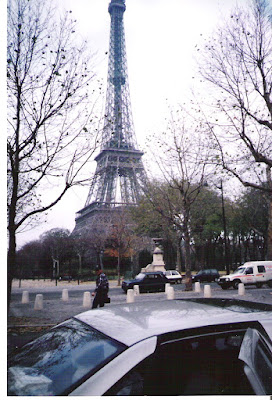 We got this close to the Eiffel tower and did not go to it. But on the way to Paris, out in the country we met a sweet bi-lingual lady in a local shop, who helped us buy some snacks and find a toilet.


When I could hear with head phones, and we were hiking the AT. I listened to cassette tapes on Spanish, but to no avail for me. I really would love to speak Spanish. Most of my neighbors here in Florida speak Spanish. Either because they are from Cuba or Mexico.


As in EVERY case I want it all. But in a theoretical case like this I would say Spanish. It would be a tough call because I am captivated by the complex appearance in writing and the sounds of Japanese and Chinese. So this guy would love to be able to write Chinese and speak it, but since I will most likely not go to China (Not on my bucket list) I would opt for the gods of dreams to bless me with in depth Spanish.


Together Sherry and I have visited about 26 countries. In each one it would have been wonderful to be able to converse with the wonderful folk there. Most countries we have visited lthe people have been super cordial. We met many folk who were bi-lingual. That would be so great to speak with the regular Joe in their country. 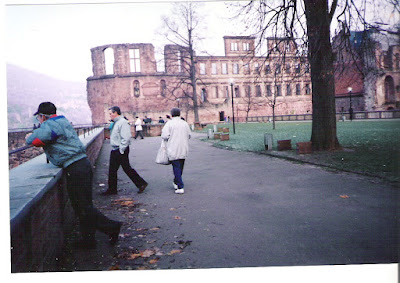 (That is Buck and Alice just a few feet past me (the blue jacket). We were at a castle in Germany. Language is not a problem on a tour.  Buck was a good Backhoe operator and dug a lot of footers for my houses.)
So, if by a stroke of fate tonight you dreamed of a language, and it was to come true, which language would you prefer? 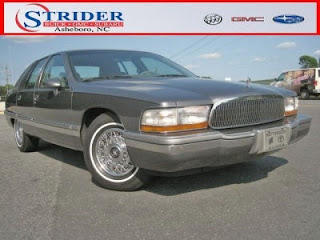 1992 Roadmaster Buick. A beautiful big Tank. Safe for the Senior to drive. A beautiful car with real wheel drive.

While in high school I really (really) wanted to take Russian in my senior year. Unfortunately, I still had requisites on the table needing completed before graduation. Poor planning!

For practical reasons (here in Arizona) I should say "Spanish." ... but the romantic in me would love to easily converse in Italian. Bella!

I took Spanish two years in high school. Can read some but not speak it, wish I could. John used to be fairly good at Tex-Mex from working with people in the fields.

I agree with Myra, being in the Southwestern part of the country, learning Spanish and speaking it is worth its weight in gold. When we lived in California, 10 miles from the border to Mexico, we often felt we were in a foreign country when we were in the United States since everyone else spoke Spanish or other foreign languages. It definitely would make getting a job easier if you were bilingual with Spanish.

I would want to learn sign language. It is so eloquent to watch them sign, especially those who sign worship songs at church. I'm moved to tears watching them.

But if I were to wake up one morning with another language, I would say Polish since me and my siblings are 100% Polish. Mom was bilingual with it, but for some reason didn't teach us it. I recently learned from my sister that my dad knew German, Polish, and English, making him very useful after he was liberated from a German work camp during WW2 to the Americans who liberated him/fellow soldiers. He was able to help them with what needed to be done.

One day I may learn Spanish, or maybe not.

They say that a SMILE is the universal language that all can understand...I can do that one, but speak no other languages. Spanish speaking population is something that has grown here too and I'd have to go with that if I ever spoke another language. My dad's family were Hungarian and came over from the old country. I used to hate it that I couldn't understand what was being said when he spoke with my grandparents. They preferred their mother tongue, but could speak English when they wanted to. Communication is so important ant and what one word means in one language is often another in ours.

Took a year of French but don't remember one word. I guess I will continue
to speak Southern. I owned a 92 Roadmaster Buick..I saw it the other day and Marty said it was running good and a smooth ride. That was so funny seeing my old car.

Thats a tuff one...
I would like to know french so I can communicate with those around me during the summer at the beach. Lots of frenchies there.
But then it would be nice to know Spanish so I can communicate with those here in Gtown and also help on a job application.
But if I can know one language today, it would be Italian. I would love to speak Italian fluently.

I took French for half a year, Latin for 1/2 a year in High School, I guess if I could learn a language in would be Spanish, I listened to tapes of Spanish but didn't do any good. My Honey is Park Lebanese, she grew up listening to it as a child from her grandparents, but she has no idea now when she hears it spoken. Hope thngs are well in eltona and you and your Honey are doing OK !!! Take Care from the wet damp North Country!!! Gary

I would want to ' dream ' I could fluently speak German, as both Bill's and my family are all that and a bit more. Up here, it also would be helpful to know what all the foreign immigrants are saying...it's uneasy sometimes not knowing. I always have thought the Italian language was beautiful.
Sweet dreams my friend. What a gorgeous day we had today. Unfortunately, the next 3 are supposed to soak us.

if i were bilingual Spanish, French, Danish or Gaelic would be nice.

Rocket Spanish: The Award Winning System That Will Get You Speaking Spanish & Loving the Spanish Culture.

(And the best thing is - it only takes minutes a day)

ROCKET LANGUAGES was used by over 1,200,000 people, just like you, to study a new language.