I am not sure how I got some of the things I have on my computer. I have a daily Trivia question, a daily Bible verse, a quote of the day and a joke of the day. As far as I remember I have only opted for the Trivia.  Sometimes I read the jokes. Most are corny.  But even corny cones can bring out a TRUTH. Take today’s ‘Joke of the Day’:


A doctor, Physician, an engineer, and a politician were discussing who among them belonged to the oldest of the three professions. Each one of them thought they had this in the bag.

The physician said, "Remember, on the sixth day God took a rib from Adam and fashioned Eve,  making him the first surgeon. Therefore, medicine is the oldest profession."

The engineer replied, "But, before that, God created the heavens and earth from chaos and confusion, and thus he was the first engineer. Therefore, engineering is an older profession than medicine."

If you do not see the truth in that joke, you are not a citizen of the USA and live elsewhere, because OUR politicians are the BEST at creating chaos and confusion!

Of course of late (the last 40 years) The Media has topped politicians.  They have reached a pinnacle in the last year or so.

I can remember thinking for years, “We are graduating too many attorneys, it seems if they can find a job in legal work in this world, they have leaned to TORT. Trivial and not so trivial lawsuits of multi-millions. Actually my state of Florida probably is the top of the list.
1917-2009  Walter Cronkite, Jr. 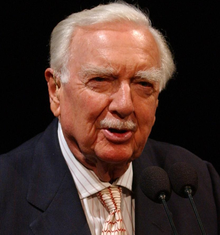 BUT now, NOW Imma thinking we produce too many reporters and wanna be reporters.  In my life time we have had true ICONS behind the microphone. Ones that you could believe and as time moved on they were proven correct. Walter Winchell, Walter Cronkite, Lowell Thomas, Chet Huntley and David Brinkley.  I could be wrong about them, but I seemed to trust them.

I get the idea today that reporters make the news rather than report it.  Anyway, that is my mish-mash of  thoughts of the day. 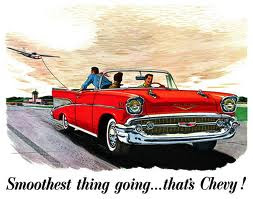 And the beautiful 1956 Ford 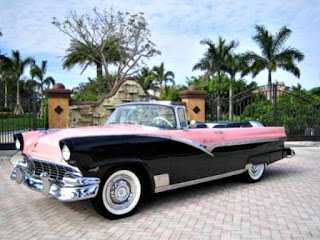 Methinks your instincts are spot-on, Jack.
Remembering, trusting Cronkite and others... no wonder I once aspired to major in journalism. (My first 'paying' job was a cub reporter for the Albuquerque Journal. LOL)

I have to agree with you on the reporters, they do seem to be the source of the majority of the news...

I don't think reporters report any more. A reporter would deliver the news with no personal opinions about it; just the facts. We have a lot of opinion editors posing as reporters who want to present what they consider facts which have nothing in common with the reality of what is going on. I rarely watch the "news" these days. I see a headline of a story that might be interesting and I ask hubby (who listens to a lot of "news" what is factual and what is opinion and he usually can steer me in the right direction of what I should "believe" to be the truth :)

Your title certainly peaked my interest today. Wondering just what the older profession was. Your points about the news are ever so true. A lot of us no longer take much interest in listening to or watching the news. More than not my news consists of the weather and getting a heads on on how to dress. Today we're a little on the chilly side with rain. Tomorrow we're to be in the 80's . Surprise !

I domains miss old Walter. He was the voice of reason and spoke the truth.

being married to an engineer he is convinced his is the oldest profession, politics aside. And who didn't love Walter doing the news. along with huntley and brinkley.