If by a ‘Stroke of Fate’ you had been kidnapped by Gypsies as a child, how would our life have been different?

I don’t know about you but when I was in the 7-8 grade time frame I listened to a lot of radio at night. I never turned to music, it was always some mystery or talk type program. In the 1950’s on Sunday night there was a Radio program entitled, “Stroke of Fate.” The program announcer would start the 30 minute show with a statement like: “What would history be like “IF by a stroke of fate, Abraham Lincoln had obtained the consular job he wanted in 1841, which does not result in him becoming President”.

Then for the next 30 minutes the actors would play out what someone dreamed up. 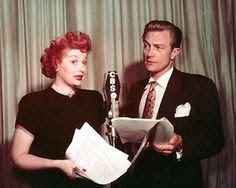 (Lucille Ball in My Favorite Husband on the Radio)
Did you ever hear the program?  I would lay in my bed and listen to this stuff. Later I would dream up things in my ‘young life’ that would have happened say if my dad had been Henry Ford.  Or ‘If suddenly I was back in Davy Crockett’s time I could warn him about the Alamo.’ 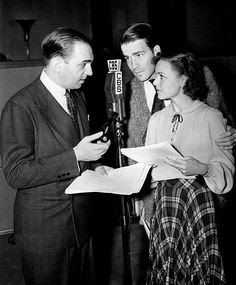 These programs got my young mind to wandering, If by a stroke of fate I had been in Ford’s Theater, I could have yelled out, “Watch out Mr. President, Booth is behind you with a gun!”

I happened to have my own radio, it did not have a cover on it. It had no knobs remaining and I rotated the little tuner with my finger, but it played. At times I wondered if I actually heard these programs, because NO ONE remembered them. I finally found them on the internet to ensure I did not dream it up.

Did any of you ever hear the program?

Okay what about, “Can you Top This?”  It came on right before or just after, ‘Stroke of Fate’. Then the last one on Sunday night, was the FAMOUS, William Conrad in “Gunsmoke”!  I loved that show. I was disappointed in James Arness for a few episodes on TV because he did not sound like William Conrad.  But of course  I soon forgot WC.
Yeah Rick, I used to watch the radio. 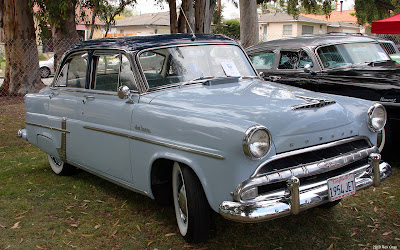 The only one of these Inremember is Gunsmoke. On TV!
I could easily watch radio. I sit here and crochet sometimes and watch a tv show without really watching it but listening to it.

I remember Amos and Andy....

I have not heard of this show Stroke of Fat but I am about 20 years younger than you. I do remember when we didn't have a TV for awhile listening to a lot of radio, even basketball games of teams we enjoyed, appreciating the calling of the plays by the radio announcers.

I do remember the days of watching the radio but never listened to the Stroke of Fate...These days I listen to the radio more than watch TV. I get the local news and weather and listen to the music. We've a little April snow on the ground this morning but it'll warm right back up they say by Sunday we'll be in the 70's!

I watched a lot of radio as a kid...mostly news tho as it was about the only time Mama turned the radio on. I don't recall that show. I can see how it would make ya think. Even today, we do listen to ballgames on the radio. It's exciting imagining the action but I much prefer to see it on TV now. lol
Have a great day. We'll be busy planing the lumber and hopefully replacing a pole on our cedar swing. Love ya'll

Had to delete my comment made to many mistakes. Had to have my computer
worked on it is OK now. I like all the old TV shows. Looking forward to
your coming home.....

Another great headline! You know how I love hypothetical questions! :)

Regretfully, I missed those days, 'watching the radio.' My own love affair with the radio was pretty much limited to waiting until the sun went down so we could pull up the famous Oklahoma City AM station, KOMA that played all that delicious new music by the Beatles, Stones, etc.
Love your imagination, Jack!

i grew up listening to lots of radio too, talk shows and music. don't recall hearing your programs though. a kid could lose their imagination in them though like you did.