About that Million dollars for retirement 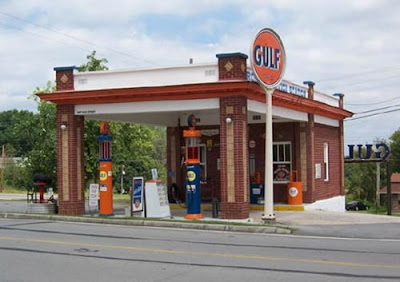 When you could see what you were getting, The gas was in the glass containeer on top, pumped up there by the customer.

Money, and people’s approach to it has always fascinated me. I have known people who could save a ‘little’ on any salary. I have also known folk with a good salary, who could never earn enough and lived from payday to payday. Many times borrowed before next payday.
I remember reading about the gentleman bandit in the Detroit area. He robbed banks, was always dressed nice and was very mannerly as he robbed a bank. When he was caught and exposed, he had been an industry executive earning six figures for many years. He lost his job, had no savings and could not tell his wife nor neighbors. So he augmented his income by ‘going to work every day’, he was 'working', planning for the next bank he was going to rob.

To me and most of you, if we had earned hundreds of thousands of dollars a year for even ten years we would be set for life if we never worked again. I wondered why the ‘gentleman bandit’ didn’t do the same.


The title of this blog comes from an article I read online, ”How long will YOUR million dollars in savings last in retirement?”

(My first question was WHO HAS A MILLION SAVED FOR RETIREMENT?) They promised to give you a rundown by state. Well on my computer system that is ‘click bait.’ And I know if I clicked on the article I would have 50 pictures and notes before I actually found the best place to take Sherry’s MILLION dollars.

Now this is no secret, iffn we had a million dollars in savings it would outlast us. Our kids also would do pretty well. ;-)

Now don’t get me wrong, Sherry knows I could spend that million in a couple years. Probably from Amazon alone. LOL that is ‘IF’ we had the million!

I did come close to borrowing a million$ once, it was approved by the bank president. If it was handled correctly and the building industry stayed strong I could have made that million, but Sherry and I decided the stress was not needed. Taking her advice we dropped the idea. I really wanted to be a millionaire but we have never regretted dropping the idea.

About 32 million bacteria call every inch of your skin home. But don't worry, a majority of these are harmless or even helpful bacteria. 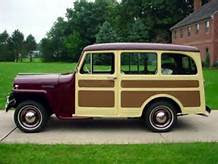 It amazes me how people think about money and how they use it. Some have plenty but look and live their life as if they have nothing. Some who seem to have plenty and act like it but in reality they don't have a blank to blank in or a window to throw it out of.

That Jeepster looks a bit like the Morris Minor 'woody' my BF drove in high school.

A million dollars in savings? I'm just realizing how ill-prepared I/we are! Speaking just for myself (since I didn't meet Tom until 2001) sure, I could have been more prudent in my early years ... but I don't miss a single day of the time I spent living large. I think that's what you mean here, too. Memories are the best!

PS - I really shouldn't laugh, but the "gentleman" bank robber just cracked me up.

I would imagine on a reasonably austere budget, a million dollars for retirement would last a long time. I'll never see that though unless by some odd chance we win the lottery (but one must play it to even consider winning it :)

with a million dollars in the bank i would be set for life. such a thing it should happen to me.

Happy Thanksgiving to you two. It want be much this year at this Boyett house since the husband hasn't been able to get around and as of last Friday has been sleeping in a hospital bed thanks to his doctor and home help we're still at home. I have lost enough sleep and feel like a zombie. Just to get a good night sleep in my bed would be wonderful. Keep us in your prayers. Jean

I've been retired now for 7 years and like to say I live in the land of the poor but happy. I certainly didn't have a million to put by for it. But I retired anyway and never have regretted a day since. I have what I need and for that I'm thankful! For me time I can now spend with family is worth more than money. Happy Thanksgiving from my house to your!

I wish we had saved a million dollars for retirement!