Note to MA! I have only seen one of those Hand pumps in the kitchen like your grandparents, it was in Missouri. They still used it at the sink in the kitchen in the Early 1960's. It was very convienent. 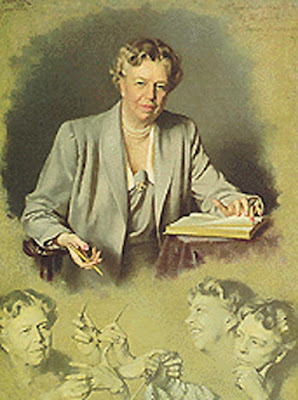 Eleanor Roosevelt. I had to smile as we went thru her rose garden at Hyde Park.  Someone came up with a new rose and called it Eleanor. She said, "I wasn't sure what to think when I read about this Eleanor rose. The information said, "The Eleanor is not very good in a bed, but great against the wall!"
I liked the woman, but her voice grated.

(When I pick a subject there are times I am surprised where it is going)
We folk from the south love grits. I prefer them served with butter. I mix mine with my eggs. It made sort of a yellow mess in the plate, but to me it was very good. My BIL, Dick, was the only person I ever knew that liked sugar on his grits.
I normally consider gritty things as not friendly, LOL. But this post is not about something to eat, but something you read.

Growing up there was a newspaper called ‘The Grit’. I became a delivery boy for Grit. This post has grown bigger than I thought. Here is an excerpt I ran across by Roger Schueter of the Belleview News Democrat:

Then, in 1891, Lamade hit upon the idea that even I remember as a youngster — asking kids all over the country to sell the paper in return for earning a few cents on each copy sold. By 1900, its circulation had soared to 100,000 as its new sales force combined with its editorial policy to keep rural readers happy.
“Always keep Grit from being pessimistic,” Lamade once explained during an employee banquet. “Avoid printing those things which distort the minds of readers or make them feel at odds with the world. Avoid showing the wrong side of things, or making people feel discontented. Do nothing that will encourage fear, worry, or temptation. Whenever possible, suggest peace and good will toward men. Give our readers courage and strength for their daily tasks. Put happy thoughts, cheer, and contentment in their hearts.”
(Emphasis mine)
…  …
“To compete with metropolitan dailies or national magazines was never Dad’s aim,” George said once. “He wanted only to serve those villages and hamlets removed from the influences of big cities. Grit has had for many years the largest concentration of circulation in small towns of any publication.”
I remember very well me ‘n Ace taking this paper from door to door to sell, folks liked it. As a Kid I never read anything but the funnies. It was simply a way for me to earn maybe 25-50 cents a week. It was printed at the time as a Saturday paper (methinks). I can remember the parcel post man delivering that round package of rolled up papers.
I am shocked, the GRIT still lives:
And if you could use some of those old-fashioned ideals, you can buy a subscription at www.grit.com or call 800-456-6018. It’s $19.98 a year — or save $5 by paying in advance.
There is lots more about the Grit, but I must stop.
Nite Shipslog
Our body:
Your ears secrete more earwax when you are afraid than when you aren't. 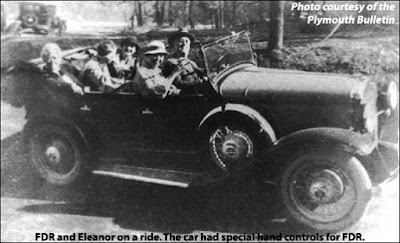 Good news for the modern man! ... OK, that title's been taken. Still, Grit's content sounds much like "Sean from the South" talks about in his daily vignettes.

I don't know which is the correct way of eating grits ... but I love mine with butter, usually in the end mixed up with runny eggs.

I don't think I have ever eaten Grits but I sure am familiar with the Grit paper. My Mama always subscribed to it.

How interesting the paper is still around, a rarity these days it seems. I've had grits a few times,kind of tasty :)

Amazing in this day and age that the Grit still exists. I like to eat mine with gravy.

You sure have some neat stuff on your blog. I enjoy reading them every morning during breakfast. The only “Grit” I have ever heard of is the ones on my plate smothered in butter.

Love the quote by E. Roosevelt about the rose. Sugar on grits? YUCK! Remember the movie with John Wayne - True Grit?

So, what kind of grain is grits anyway, is it like cornmeal? Whatever grits are, I'm sure I'd at least 'try' them. As for The Grit, I get the magazine several times a year. I love it as it's chucked full of useful information. I remember also reading it at the farm growing up. They even have lots of gardening, farming, DIY stuff....it's a keeper so glad it's still in fine circulation today.
love n' hugs from up north. It's 42 out, the sun is shining bright all day and the birds are singing. What a beauty of a Sunday.

I delivered Grit for a while. Didn't sell many because the people around where I lived didn't have a lot of money.

But Eleanor said one of the most profound things I've ever heard and I use what she says all the time. "No one can make you feel inferior without your consent." It's one of my all-time favorite quotes.