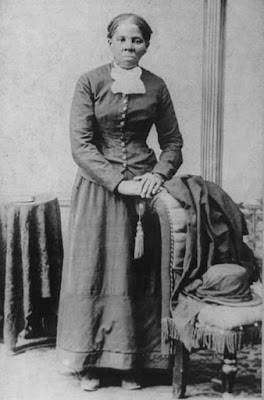 Harriet Tubman... A woman For her time.

********   **********   ************
If you are from a small home town, or have lived in the same town for your entire life you may hear someone being described like this:
“Oh Billy Jack? You must know him. You know Sally Rae, she lives over on Oak Street.  Her mother’s sister Shirley’s friend was married to Billy Jack’s Daddy’s brother Tom. Anyway we spoke to Billy jack at the Drag Strip two years ago. He had a red shirt on.”
“OH yeah! He had a funny accent! I remember!”
***   *****   ****  *****
Not in jest, but that is how I hear things and have no idea what was said. My sweetheart thinks I know everyone she does.  I wish I did. I wish my roots were that deep.  Today as she read the Obits from home she said, “Hiawatha Mae passed away, she was 94.”
I am off in my own thoughts as she finished. I remembered a phone call, “Mr. Darnell, I’m Billie Glover, you were recommended, I need some work done.” We talked on the phone. I was cool then with a BAG PHONE in my truck, remember them? They weighed five pounds and were expensive. They predated the cell phone.
Anyway we made an appointment at 12:30 that day. I was driving a truck I wished I hadn’t seen. I left my job with plenty of time but my truck ran hot. I have always made it a point to keep an appointment. I had the phone, I could have called her, and she would have understood. But I pushed the truck and it died in her driveway at 12:27. I called my son Mark to pick me up.
She was a pretty lady much my senior, very nice. The job was simple and I gave her a price. I arranged to leave the truck until the next day, by that time Mark was there to pick me up.
That evening Sherry and I were talking over supper and I said,  “You might not know her, but  I left my truck at Billie  Glover’s house, the sucker died on me.”
“YOU mean Hiawatha, of course I know her.  They lived down the street from us on the Imperial. She is a cousin of Sonny’s. She married a Glover.” (The Imperial Mill was one of the local cotton mills, if your family lived in the Imperial Village, then you ID’d that as Living on the Imperial.)
But, that is the only person I have ever known named Hiawatha. I do not remember if I did the job, but I know I learned Billie’s name was Hiawatha. 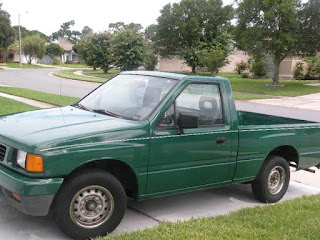 Hello - so Sherry knows more people than you - I find that hard to believe - I think you both know a lot and you remember a ton more about your past then I do. Of course Jack - I think i deliberately chose to forget a lot of the younger years.
Andy had a huge paper and project on Harriett Tubman!
Sandie♥

I wonder if some people poke fun of small town folks because they're JEALOUS! No amount of prestige can buy that sort of camaraderie.

Hubby had a bag phone years ago. My how times have changed, haven't they?

we had a bag phone too. Hiawatha is an interesting name to be sure.

I remember sitting around my grandparents table and hearing conversations like that. Everyone knew everyone and many were related in one way or another. I think I live in a small town compared to some, but we don't know each other that well here. There have got to be advantages and disadvantages to that as well. We're to have a couple nice yet but then next week the bottom will drop out and we're to get very cold. I'm not sure I'm ready for that but then I don't have much choice. I hope you all are enjoying some beautiful weather.

And that's how it is up north...Bill knows everyone on this side of the river and I know most on the other........in the country however. Families were large like ours of 9 siblings and we just knew them all growing up. I do love that part of our lives. As for a bag phone, a friend of ours in TX still uses one on his ranch. Bill couldn't understand a word he'd say talking direct, but then ol' Cecil would send him into the house, call Bill on his bag phone in the truck and they'd carry on a conversation like nothin', understanding each others accents just fine. lol Life is interesting.
love n' hugs from our unusually warm couple of weeks. Lovin' it!!!