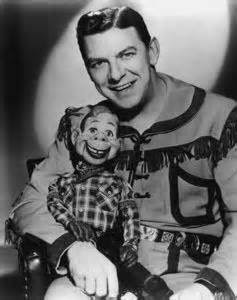 Associations:
I associate Sears/Roebuck candy counter with the smell of cashews. Chanel #5 is Sherry. A bakery smell is Valdese, NC. In 1950 I was eleven years old and had never seen anything except a test pattern on a television, as I mentioned on the last entry. When I see a fire station I think of the first TV program I ever did see.

Once in Albemarle, NC I walked a block to see my buddy Ray Sides. My dog Ace, was always with me. Ray’s mom said he was at the fire station. We walked on to the fire station, it was only a couple blocks. 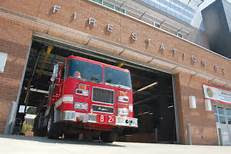 I had never been inside a fire station. This one was new. Ace and I felt strange, we could see the big fire engine because the door was open. As I stood there looking at that big red fire engine wondering what to do, the smaller door opened it was Ray. “Hey Jack, come on in.” 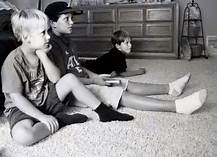 WE sat on the floor with three other boys. We all stared up at the television. There was a test pattern showing, but the difference I noticed was this was a big picture, it was a 19 inch television. I had only seen a test pattern on a six inch one. 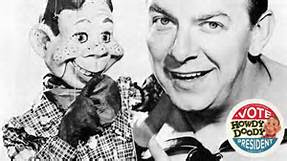 “They are going to let us watch Howdy Doody,it comes on in a minute.” I had no idea what Howdy Doody was, and I didn’t care I wanted to see it. When it came on all the firemen gathered around also. I loved it. What a great thing, television, not just test patterns.

Those Firemen did not have to let us watch the TV. I often wonder, does this sort of thing happen for kids today?

They let us come back every day to watch something. The only rule was if there was a fire alarm we were to go outside and after the fire truck left, we were to go home.

Those firemen will always be remembered warmly for allowing boys whose families could not afford a TV, to watch Howdy Doody on a new Black & White TV!

About this wonderfully made body:
The most common blood type in the world is Type O. The rarest blood type, A-H or Bombay blood, due to the location of its discovery, has been found in less than hundred people since it was discovered. 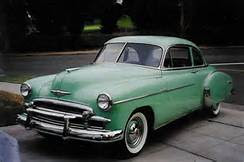 1950 Chevy and Ford, New cars when I first saw a moving picture on a Television 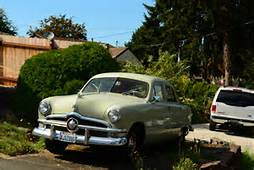 What an incredibly kind gesture by those firemen!

Hey kids, do you know what time it is? ... now I've got that "Howdy-Doody Time" jingle running around in my head. Fun memories.

How sweet for those firemen to open up their "home" to you and your friends to enjoy the TV show!

what a sweet gesture culminating in a wonderful memory.

You have had so many truly good people come in to your life and this is yet another great tribute to those that have made your life better in every way. I only wish I could remember things the way you do.

Oh my goodness - I do remember old Howdy Doody! Good memory for you!
Happy Thanksgiving. sandie

You have the most wonderful memories. So generous of the firemen to welcome you AND Ace to watch tv for the first time other than test patterns. What a joyful memory. Have a wonderful turkey day with the love of your life. Life is grand.
love n' hugs from up north in our very cold air of 9 degrees this morning. Thank God for the sunshine.

I loved this story. Things were so simple back then. A child could be pleased this simple. I do not think these things go on now days. Kids can go into Best Buy and play on the game and tv displays all day long.