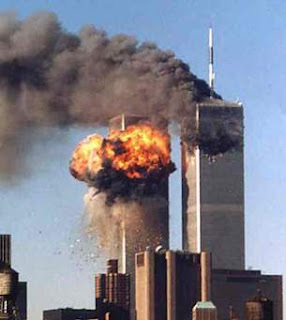 I’m really upset at the latest terrorist action. For many reasons. I am so upset over the dude and the attitude of those who would destroy our country. Manhattan Terrorist Showed No Remorse Over His Actions

Like Bin Laden who bragged that he was so happy, that the attacks on the USA on 9/11 were much more than they had hoped.

Now some of my fellow Americans want to make sure this animal’s ‘CONSTITUTIONAL RIGHTS ARE PROTECTED!’ The first thing that comes to mind is he is not a citizen, he has sworn allegiance to a foreign power, and he is a spy operating undercover. Just how does he have the same rights as citizens who have worked, paid taxes and been law abiding?

When a person has said ‘YES, I did it!’ When he is photographed with proof he did the deed.

I KNOW, of course I KNOW he must be treated humanely. BUT you put a sick animal down. You try not to allow it to suffer. The family pet, farm animal deserves that consideration. BUT in this human Animal’s case, He admits it, he brags about it and is very proud of his actions. He does not deserve ‘Humane treatment’, Of course that is my opinion.

Now I am a pretty good guy. BUT if one of those victims had been my sister, brother, wife, son or cousin. I would not want him put down ‘in what folks call a humane way. I would want him to suffer and KNOW, REALIZE, that even ‘infidels’ suffer. I would want him to know the pain he has inflicted before he is sent off to his ‘virgins’, which I still think is a stupid reason to die.

I meet immigrants often that are thrilled to be here in the USA and enjoy the freedom and quality of life they have never enjoyed before. I have no problems with immigrants, yes we are a country of immigrants. BUT the ones who are happy here, support the country and mold into our society as much as possible.

I am off my soapbox, I pray for and think of the pain of the families who will be tramatized for life thinking of a loved one whose last thoughts were, “Is that guy crazy?” As Sayfullo Saipov drove intentionally into and OVER  them as they frantically tried to avoid being run over.

To try to calm down and think of this wonderfully made body of ours, here is another fact:

Less than one third of the human race has 20-20 vision. This means that two out of three people cannot see perfectly.

PS:  It is possible for the leaders, the mayor, governor, and president to say, we will not be intimidated.   But yes many children and seniors ARE INTIMIDATED, with the news spewing it  24/7 if you are a bike rider and on a highway, you cannot help but think of that.. 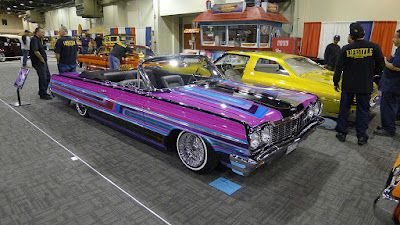 Stay on that soap box. I agree and you said it well Jack.

I hope he rots in jail for the rest of his life. Hubby says he should be executed with the death penalty, but to me that's an "easy way out." Let him endure day after day of mundane or concern about his safety, etc. for year after year after year after year. At 29 years old, it could be many a year he would be locked up before his death. I feel for the doctors/nurses taking care of him. They took an oath to not harm anyone in their dealings which mean they had to give him the best care possible (on our dime too I bet). They have to check their emotions and rationally deal with keeping him alive. I'm not sure I could do that.

so sad what happened to all those bike riders. we live in a dangerous world, indeed.

Terrorists in one way or the other have always been around. Yes they are to be feared, but fear cannot control our lives. Praying for our country and each other is really the best thing we can to do.

I think his goal was to die so I hope it rots in prison - solitary confinement - for life.

Jack, you said it well and I mean it with you. Obviously, such a 'nonheart' has no place in our society...shame on those thinking he deserves our justice system....
love n' hugs from up north, still cold, still snow, still not ready

Hello from Alberta, Canada ... just discovered your blog and cautiously looking at it ... Anyway ... Love, cat.

Wonderfully put, Jack.
Another blogger recently wrote a stirring piece about forgiveness, including some extreme examples. All well and good, but that's just not in my DNA.

I agree with Betty, in that the death penalty would be the easy way out. Death penalty, yes ... but I'd make darn sure that animal suffered long and hard before he met up with those virgins. Sometimes I wish vigilante justice was still merited.