A day trip to Knoxville, Tennessee 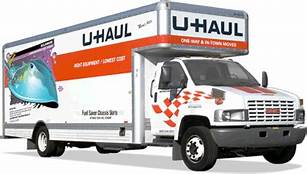 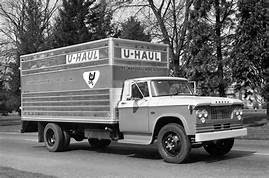 Now:
Today should prove to be a good time. Good family news. Grandson Stephen and his lovely wife Jennifer are moving to Knoxville. That is only good news because it is a promotion for Stephen. Steve was the late bloomer of the twins. His last year in college as a Music major got lost in fun and games. He is an excellent musician and was side tracked by a band and parties and failed to get that degree. 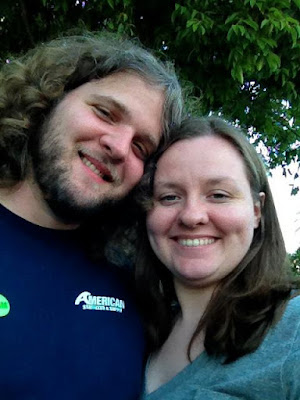 He took some side roads, learning more about life, Met Jennifer, an anchor for sure, and started to search for that goal again. He made it, graduating with honors. He was hired by a music store. He went up pretty fast and was soon a store manager. His store won awards for special times (Christmas, etc) in sales.

A couple weeks ago he was asked to move to Knoxville to open a brand new store for “MUSIC AND ARTS”. He negotiated the salary and moving expenses. They elected to save some of the moving expenses by doing a “U-Move” using ‘U-Haul.’  His dad Jack Jr. has been helping them and today will drive the truck to Tennessee since he is a professional driver.  We will go up a little later and bring him back so he can go to work tomorrow.  We are looking forward to the trip. 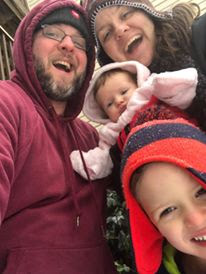 They have a son Jude and a new daughter Kennedy.

They spent the night here at the Condo (We had a treat, spend the night in the motor home!!!!)  We always get a kick out of people ‘hating to put us out’, ha!. We love it.

That is great news for Steve and his family! Though moving away from family can sometimes be hard, but then they can always visit and family can visit them in a new location! Wishing them much success! And glad to hear that he did get back on track. Sometimes its good to get all that "fooling around" done when young and then get it out of one's system.

Congratulations to Stephen, Jennifer and his beautiful family! He's an exceptionally talented musician, not surprising he's been tapped to launch the store in Knoxville based on his track record of achievement. I was fortunate in my traveling days to spend time in Knoxville and found it to be a wonderful, "Southern Hospitality" type city. Best wishes to them as they acclimate and safe travels to y'all & Jack, Jr.

That's great news! Have a wonderful time in Knoxville!

Sometimes our kids take a series of twists and turns to reach their destination. So happy for Steve and family, for you.

Congratulations to Stephen … and family! And if y'all weren't there, what a fun day you may have missed. Everything happens for a reason. :)

Bittersweet - good for them bad or hard for the family. It is hard when loved ones move away - but you gotta let them go!

What happy news! They do look like a happy family too. I didn't realize that a trip like that could be done in one day. Nice you and your son could help them make the move. Changes like that are the good ones. They might be moving, but not so far away from you to make the trip in one day.