More people in my life 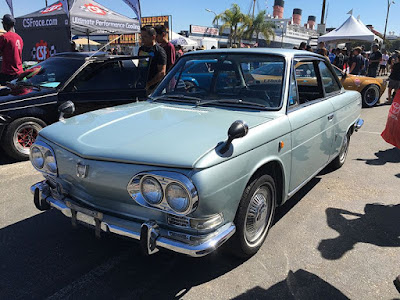 As we grow older, at times wiser, we realize that:
There are people who make your life what it is, or change your direction. I will miss many but  I continue: Men in my life.
So for now… There is..

Dallas Fletcher. A friend since I met him at Pleasure Island, SC. We were in Boot Camp together. I learned soon we had a lot in common. He was a year older than I but we had our sights on a woman. We both married our sweethearts. Dallas was going to be his own boss. He changed jobs as many times as I, but settled on raising turkeys in Pennsylvania.  He was very successful.

S.A. (Dick) Lankford… My sister Kat’s husband. With very little formal education he studied, paid attention and as an unlearned southern boy became an administrator and spoke before the NYC ‘City council’. Dick had a knack when talking with you, you knew, you were important to him.

James (Jim) Wrap.. Another brother in law. Shirl’s hubby. A very educated man but he would never tell you he was. As my dad would say, “If a man is educated, he will not have to tell you.”

Of course there was Elmer Davidson. Married to Sherry sister Lennie and after she passed married my sister Kat. Elmer too, was an entrepreneur. His final business was a Catering Truck (Roach Coach as it is lovingly referred to). I asked him once, “Isn’t credit a little dangerous?” his answer was, “Ask Sears and Roebuck about that?” When I was in the cagtering business, He helped me. 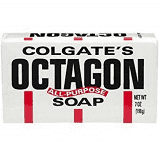 The Good Samaritan, in my teens when keys were left in cars, I was driving dad’s car forward and backwards and hit a low cement wall. I punctured dad’s gas tank. While I was holding my finger on the leak a stranger saw my distress. Bending down he asked, “Do you have any ‘Octogan’ soap in the house?” I said ‘yes.’ “Get it, I will hold your leak.”  In less than a minute the leak stopped. I hate to admit it, but I never told dad. It didn’t leak again. The next year he traded the car. I did not know the Samaritan, I never saw him again.

Nite Shipslog
P.S.(a) Do you remember Octagon Soap?
P.S.  Did I read that sign right?
Outside a second-hand shop:
WE EXCHANGE ANYTHING - BICYCLES, WASHING MACHINES, ETC. WHY NOT BRING YOUR WIFE ALONG AND GET A WONDERFUL BARGAIN?

I'm sitting here in awe at the soap trick.

break time at the Steemer
Lisa

Maybe the Good Samaritan was an angel :) I hadn't heard of that soap, but it sounds very effective on leaks! You had a lot of great men as mentors and friends throughout your lifetime. That is a blessing I do believe.

I, too, never heard of that! (Neither the soap, nor the trick.) I sense your thumbnail recollections are far better than the original obituaries! Nice to 'meet' them!

I loved your story - never heard of that soap - wonder what it was made with?

I don't know if you noticed, but I've been gone for a couple of weeks - my computer crashed and it has taken me forever to get myself going again and I am totally back yet. I may not go back and answer all your letters, but I am here.

So nice to see your list goes on...So many wonderful people in your life. Like the others, I never heard of that soap either, but I'm thinking I should invest in some. Plugging a leak could come in handy. I do learn something new every day! Thanks for sharing.

Love and hugs to my favorite couple!
'ma'

I read this to Bill about your Octogan soap and he never heard of it either. Sounds like a perfect 'fix' for the leak tho. Obviously the good Samaritan knew something and so nice of him to come to your rescue. I'll bet your dad knows now! :), nothing goes unnoticed in heaven. It's been so great to meet all the people who've made a difference in your life. Life is Good!
love n' hugs from up in our gloomy but warm north. The flooding is receding, the bridge is no longer under water at the cabin and the floor is dry. YEAH

this Good Samaritan was an angel in disguise.