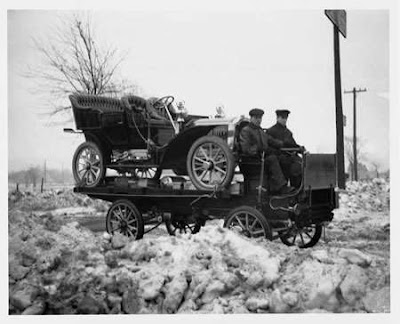 Now:
I had to smile when Betty commented about mistaking someone else’s car for hers in a parking lot! Yep I have done it. Once I inserted my key in the trunk of someone’s car and had not noticed there was someone in the car. She was sweet and called out, I think you have the wrong car. YEP!  WRONG CAR.

Being new to the US Navy. I was at Norfolk and Sherry was coming up to see me. We were going to meet at Gate 2, I told her[JD1] .  I had no idea there were three or four Naval units in the Norfolk, all having a GATE 2!  YEP WRONG GATE #2.  Long before cell phones, we lost hours of the visit until someone told her I was probably at Gate 2 on Hampton Boulevard.

Not sure if I will ever forget to pay attention to daylight savings time.  Going to church at the WRONG TIME and wondering why no one else was there!

In our marriage we have traveled over a million miles, and many of them on the WRONG ROAD. Once it totaled over 200 miles. My family says I have earned the name “Wrong Way Jack.”  I did graduate to “U-Turn Jack.”

I was once in a line and tapped the WRONG GUY on the shoulder, when he turned I realized my mistake, I apologized, “I’m sorry sir, I thought you were someone else.”
He looked at me right serious-like and said, “I might be.”
I have been waiting years to use that line and the chance has never arisen.

Have you ever been guilty of being VERY WRONG?

These are pretty funny, Jack! Well, except for that 'Gate 2' business.

Have I ever been guilty? More often than not! I once went toe-to-toe with my boss, insisting that irregardless is a real word. Then, the time my former husband and I -- new to Tampa -- were headed east. He said, "Go to 75" -- except I heard "275" and took THAT exit north and totally out of our way.

Great times! Well, not quite great, but definitely memorable.

My husband and I were walking in some mall. I walked away, and he reached around and grabbed some man's hand. Both he and my husband were startled and walked away without a word.

This was a fun read. You had me snickering over here.
Ive turned around in the grocery store then turn back around and walked off with the wrong buggy.
While shopping one time I was looking through racks of clothes and just carrying on a long conversation with my daughter. My daughter was in another department so I was talking to a stranger the whole time. And yes, I have got into the wrong car before.

Thanks for the shout out! I do remember picking up the wrong food at the pick up window at a fast food restaurant. I quickly realized my mistake and put it back before I had even walked away from it.

Oh yes, I'm guilty. I've been known to be wrong more than not at times. I've also made some U turns and have even gone around in circles a time or two. My husband used to tell me the if I'd only be specific, he would understand what I was saying. I couldn't assume he knew what I was talking about, ever. Directions are definitely not my forte. Ha!

Haven't we all. I'm also guilty of 'wrong turns,' conversations with someone other than who I 'thought' I was talking to, but my worse ' wrong ' was adding salt in place of sugar in a recipe....not the kind of surprise you want to bite into. lol I down shifted the tractor once, making hay. One of the boys went flying to land on the bales, but I never did that again. Fun post.
love n' hugs from up north where YES, It's Snowing again. We're SO over it!!!

My father in law put a fishing bobber on his antenna so that he could find his car in a parking lot.