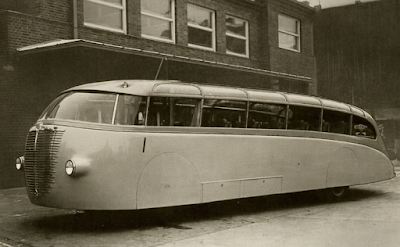 It was called the "Streamliner"

Today:
I would love to be a ‘Wordsmith’ (I think that is a word). I have for years said I have the vocabulary of an 8th grader (C student) and I do. But now when I read and talk to HS and some college grads I think the world has 'dumbed down' or I have gotten smarter. LOL

I have worked college grads who could not write coherently in a pass-down log. (Notes that tell the next shift what has been accomplished and still needs attention.)

I have had a problem with the English language especially since 'trying' to write BECAUSE I never considered it that important. As long as I could get the point across, what was the use of ‘tenses, correct verbs and ‘them’ adverbs? I seldom gave a thought to what someone who 'knew' thought.

The only thing I enjoyed about English Class was diagramming sentences, I loved that. Story telling came natural to me. (not lying, but at times, as a kid, I was pretty good at that also LOL). A  story teller can ry to cover up ignorance by appearing to ‘colloquialize’ his language.

Third grade, I wrote a book report once on a book entitled ‘Rockefeller’. The book had a picture of a steam shovel on the front, so I did as I had in the past, made up a story instead of reading the book. Imagine my surprise when the teacher KNEW the book was not about a steam shovel named Rockefeller, but John D Rockefeller. LOL She did give me a ‘C’ for imagination but warned me that was the last time.

I am getting a ‘little’ better with my English, Sherry tries. (Sorta like the country song, “Mama Tried.”) Sherry and her friends Evelyn & JoAnn were the smart ones in school and assist in keeping me strait(er).

I admire and thoroughly enjoy Susan Kane and ‘ol Rick Watson (whatshisname, as Jilda must call him) and their succinct, ‘easy read’ writing.
I am sure when I reach 90, imma gonna ‘write’ a best seller. Shucks, maybe 'out do' my 322 seller.  LOL

I too enjoyed diagramming sentences in English. I do think there is a bit of dumbing down these days. Text messages and the lingo in them have made the younger generations a little less attentive to language I think. I know teachers have commented about that. Its amazing though with the reports I type the doctors with their dictation and their English skills. You would think after all those years of education they would be able to string a sentence together but there are some that just can't, LOL, or they will put in punctuation that shouldn't be there, etc.

Sometimes you remind me a little bit of our friend Sean. This is one of those times!
TOO funny about the book report!!! At least your teacher acknowledged your imagination. Unfortunately, I used to be a bit of a grammar Nazi … until (I think) I unintentionally hurt someone's feelings. The only 'rule' I still subscribe to is not ending a sentence with a preposition. Even that -- according to the so-called 'experts' -- isn't a big deal anymore. I've no facts to back it up, but ya. I think there's more and more dumbing down going on.

I'm not good at English, when I pronounce words or sentences wrong, well they know we're from the south. I guess the southerners can get away with it. Lol. I forgot to say I don't know my math either. I was going a long with a math problem that they always post on fb. And they told me I fail that day. I think half the people failed it if I did. I can work it enough to keep up with my money and that's all I care about.😀

To me, some of the best writers are those that keep it simple and use everyday language. I think you do a good job of it. I'm not nor ever have been what I call a writer, but do enjoy reading. Words are powerful and some of them are worth using, others not so much. The important thing for me is using the good ones!

I just can’t do it. I know I do not punctuate or spell right. I always figured people knew what I was talking about and left it at that. But I read where so many hate to read anything that is not correctly spelled or put together. Now, that makes me self conscience. Most of my mistakes are just by being careless or inpatient and some are simply because I do not know better. I never realized it was such a pet peeve to others.
I know when I screw up a word or phrase and its usually right after I hit “send”.

got a kick out of the story you told in your book report. you are lucky the teacher gave you a c.