Old Texaco delivery trucks... I can't even remember these! 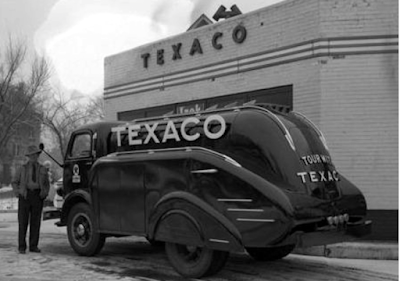 Before I start, Ol' Rick at   https://www.rickwatson-writer.com/2019/04/wednesday-report.html?utm_source=feedburner&utm_medium=feed&utm_campaign=Feed:+blogspot/xague+(Life+101)  has a great video of capturing a bee swarm.


Now:
Jokes, some corny some hysterical according to timing, who we are, or our attitude. Laughing is good for the body and soul. I have two special friends. Growing up they could make a wooden Indian laugh.  Buddy Sansbury is about my age. We were fairly close for a year or two. His daddy was also a preacher. 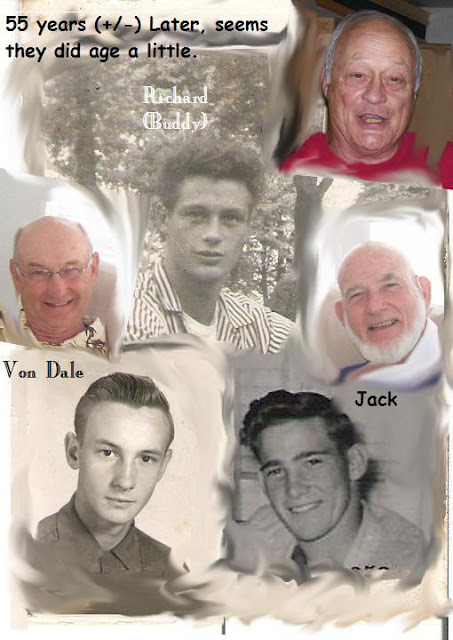 Once, as crazy 16 year olds we boys were crusin'. Up ahead was a City Service Station, Buddy in the backseat of the convertible yelled, ‘Pull over, I gotta use the toilet.’ I pulled in. There was a gas war and gas was 19 cents a gallon, so of course the place was crowded. He vaulted out of the convertible without the door being opened and ran toward the Men’s room.

About half way he slid to a loud stop in the gravel, grabbed his rear and yelled to us, “Just bring me some toilet paper!”  Of course me ‘n Vondale cracked up laughing. Some of the crowd enjoyed the performance and laughed also. But the ‘fuddy duddies’ frowned at the nasty teenagers. Buddy went on the toilet. He ran back and pivoted himself back into the convertible and said, “Now I feel better, this smell will go away soon.”

Then there was the younger comedian, Joe Carver. He was son Mark’s roommate once and Son Jack’s BIL.
Joe was listening when I told Mark that our friends Buck ‘n Alice were flying to Germany with us to drive around for a week.

Later when I started to leave Joe said, “Jack, I guess she is some kind of horse.”
“What Joe?”
“The horse you spoke about?”
“What horse are you talking about Joe?”
“That bucking Alice, is she stabled in Stanley?”
“Shut up Joe.”

Were you, or any of your friends the comedian?

I love a funny friend. I have had a few friends that we could have went on the road and made money being funny. haha.
I laughed at buddies story. I think we have all been there.

Waiting on a lunch break
Lisa

I love these 'then and now' photos! I'm not particularly quick-witted, but sure enjoy overhearing these kinds of verbal volleys. My BF Debbie is amazing. She has so many (physical) reasons to be down, but is one of the natural funniest people I've ever met. Last year I called to offer my sympathies on the loss of her mother, yet she wound up making ME laugh.

Love the photos and you told on your friend!

My grandson is a comedian.

I too love the now and then photos. It's so great to have friends that make us laugh. I agree laughter is always the best medicine. Thankfully I do have a few that always make me laugh too.Just thinking about the fun times we've had always makes me happy!

Mama always said "Laughter is the best medicine", I love good, clean humor! Those pics are great; am I prejudiced if I comment that Jack D. is the best lookin'???

You 3 musketeers aged well....you all have mischief in your eyes., crazy boys.
My Daddy's last words were " I guess it's true. Laughter really IS the best medicine " and then he slumped in his chair to the floor...and straight to heaven. I love a good laugh. There are many in our family that have that innate ability of ' off the cuff ' comedy. It's wonderful.
love n' hugs from up north where the sun just doesn't want to shine today, but it's melting yesterdays snow quickly.