The MAN in my life 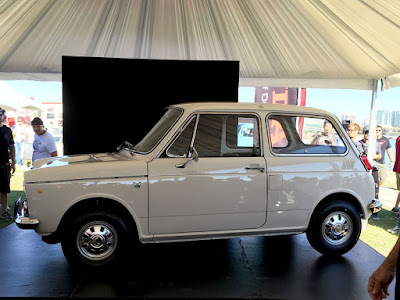 #5  As we grow older, and hence wiser, we slowly realize that:
There are people who make your life what it is, or change its direction. Some I have missed, But this one is tops. I continue:

I was raised as a Preacher’s son. So in my life many preachers have added to my life. At the top of the list of many are: C.H. Matthews, Q.J. Cox, Walt Moody, Stoy Lankford, Carl Hart, Wayne Carter and my present pastor Danny Peterson.

Of course I consider my dad the greatest man I ever knew. I was raised in a church that was misunderstood by many. Some considered a cult. We were called Holy Rollers, tongues talkers and dad was that ‘holiness preacher.’

To be honest it wasn’t fun being ‘that’ preacher’s son. But I loved him. I knew him as honest, he was what he believed. I witnessed much in church. BUT, I never saw my dad ‘roll on the floor nor actually speak in tongues in church. I did hear it along with groans and odd sounds as he prayed late into the night over his church and sermons.

My daddy came up hard in the Red Hill community near Toccoa, Georgia. He was the oldest of 13 on the farm. He quit school in the 3rd grade and became a fulltime farm hand in 1911 at 9 years old.

In 1918 he was converted in a tent meeting held by the ‘Fire Baptized Holiness Church’. He studied in his spare time while share cropping. His text book was the Bible. He was ordained in the early 1920s and became a ‘tent preacher’ BUT still share cropping. He was very successful, then came the Great Depression. He learned the dangerous art of using dynamite and traveled hundreds of miles to earn enough to feed a growing family. Daddy was always ashamed of his education. No amount of self-study could satisfy him. His hunger for education makes me blush.
More about daddy later.
Nite Shipslog
P.S.  Did I read that sign right?
Spotted in a safari park:
(I sure hope so.)
ELEPHANTS, PLEASE STAY IN YOUR CAR.

Memories of your parents are the ones I most love; what a life story they had. They brought into this world some wonderful children to carry on their legacy.

Oh, I was waiting for this one! I wouldn't be surprised if your dad's not up there blushing. Special thanks for putting a PERSON behind the myth once called, "Holy Rollers."

I love your daddy already! I know he was a good man! Cant wait to hear more.

From the desk.
Lisa

Your dad WAS a great man - glad you realized it.
My dear MIL felt the same about her education.
You know you can have the best education in the world and still not be smart.

Preacher kids (or PKs) have a hard time I think. They can sometimes be the subject of their father's sermons and are expected to be perfect by society but they are just ordinary kids trying to learn the ropes like all of us had to when growing up. Your dad (and mom because I know you've written about her a lot in the past) or true gems. They were hard working and dedicated to their family for sure! It was a shame that your dad felt embarrassed about his lack of education; to study the Bible and get ordained is an accomplishment in my books I believe. I look forward to reading more!

Your Dad was definitely a great man. Those depression days were very hard days and I heard a lot about them from my own parents. Many had to quit school in order to work. My dad was a self educated man too. His thirst for learning never stopped. However he was not a preacher. It's a calling that only a few choose to follow.

You have every reason in God's world to be so proud of your Daddy and he had every reason to be proud~I'm sure he knows that now but never should have felt embarrassed. He did a great thing by studying the Bible and sharing it with others. There are very few so dedicated. He lived well by the way he taught, took care of you and your family and loved God. Without he and your mom, there would be no ' you.' We are all grateful for that.
love n' hugs from up north where the sun shines bright but the winds blow cold. It's supposed to snow but I refuse to listen to such nonsense. :/(

what a genuinely good man your father was. he had no reason to be embarrassed about his education. he did what he had to do to help support the family.