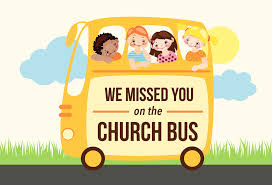 For Thursday’s stuff:
Those words from my childhood in Sunday School was about compassion for the whole world. We sang:
Jesus loves the little children, all the children of the world. Red and Yellow Black and White, they are precious in his sight, Jesus loves the little children of the world.
On a forum I read and follow those words were discussed. Times change, sensitivities change. Words that were at times used in normal conversation became nasty and whispered.  Then back in the forefront. One word I am thinking of is QUEER. In my early childhood it was used in everyday conversations speaking of people who were different or had strange ideas. Then it became a slang type word for homosexuals. We as teenagers whispered it. It was not part of normal conversation. Now in the past few years if is spoken our loud but now the meaning has been stamped in stone it seems.
Most of you reading can remember the Flintstones and a ‘GAY old time.’ Now its meaning is much different.
We could go on and on. Most of us old folk see nothing wrong with a sports team named the “Redskins.” But then my heritage is not Native American. You see, as a white man I think, “Now if I was an INDIAN I would be proud that the name Redskins was used to keep my race up front, BUT, but that is from the perspective of a white man. I just might think different as a Native American, how can I know?

Today’s world is confusing to the older generation. Too many changes that are above OUR paygrade and hard to grasp.

You see, I still KNOW the real meaning of the little song I sang. I meant it, heck I KNEW it.  Red, Yellow, Black and White we are all precious in His sight. We sang it and in our little minds KNEW what we were singing. EVERYONE matters, Jesus loves THE PEOPLE OF THIS WORLD, ALL LIVES MATTER.
That statement is not meant to be snide nor against “Black Lives Matter”, because they do, are they included in ALL? You bet, and I can live with it, LIFE is real and it can be good!
Nite Shipslog
Posted by jack69 at 12:37 PM

Singing right along with you, Jack! Now that's a great ear-worm to have caught. :)
As ever, yours are good points. Yet, I'm becoming SO weary of 'some' folks taking offense to every little thing. Shortly after I moved to Phoenix there was a (successful) movement to change the name of an iconic mountain -- from Squaw Peak to Piestewa Peak. Lori Piestewa was first female Native American Army soldier to die during the Iraq War, and because she hailed from Arizona that was a popular decision. I don't remember anyone saying "Squaw" was demeaning, but who knows?

You are singing wonderful words to this choir. Everyone matters. Everything is going to be erased - and we will be a generic country - which is not how it was founded. We are a blend. Now no one will have a history. Even the Eskimos - Eskimo bars are in trouble now. Don't people want a heritage?

I remember that song very well. Another song that we sang: Going on a lion (repeat), But I'm not afraid (repeat), 'Cause I got my gun (repeat) and my hoster on my side.

Now it is: Going on a lion hunt (rpt), But I'm not afraid (rpt), 'Cause I got my camera (rpt) and my bag on my side. Can't figure out how the camera helps the situation, but that is what is sung these day.

Jesus looks at the heart and not the color of our skin. And you are right Jack. He loves us all and died for us all. I am Polish and went through years of Polish jokes. Did I start a movement of offense?? Nope just laughed with everyone else.

Perfect post Jack! It's even too bad you had to qualify your words at the end in case someone might be offended. I think being offended is a choice and I choose not to be!

Jack, what a great post and I remember singing that song in Sunday School here in Australia and that was when Australia had the White Australia policy, but as children we didn't understand back then. We have come a long way since then and Australia is very multi cultural now but that song is still relevant today. My heritage is of many cultures and I am proud to have all of them. My ancestors I think would turn in their graves if they knew what the world is like now.

I remember that song. It has so much truth and meaning. I wish people would just stop getting offended by everything and be proud of who they are. I remember the coke song where we all need to live in perfect harmony.

You, once again, write so true to your heart and the hearts of your followers. I sang that song along as I read the words.....they are SO TRUE. God loves us all, no matter what. Taking offense of every little thing and acting out of fear and forgetting who we are, is not God pleasing. May our countrymen and women realize how great we all have it. Thanks Jack, for bringing light to a sad being of today. I pray for our nation.
loven'hugs from up north where we are trying to beat the heat today. Maybe this afternoons predicted showers will cool us off. Stay safe and healthy