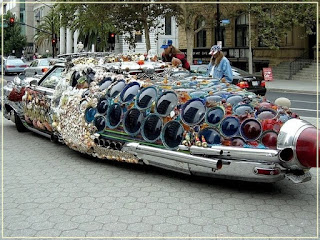 I predict neither style will be successful and sell a lot of cars. 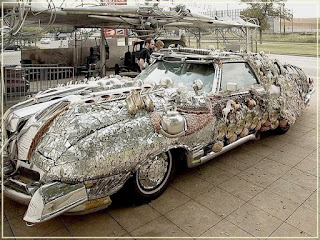 I do prophesy that they will get some attention.....

Prophesies and Predictions can be accurate. I give intelligent predictions credibility but guessing is like predicting life, don’t even try it. Sherry and I are the last of our families. My family died in order of birth. Dad first and I will be the last.

Sherry’s family did not die in order. My Sister in law (wife of my oldest brother) lost her whole family before she passed.

I just finished a Western book where a man ‘thought’ he had heard from God and moved his family and friends who would listen, to Colorado to build a town called Haven. He had said God told him that everyone who did not accompany him would die of a terrible fire. When that prediction did not come true, the Word from the Lord changed. This time it was when the comet passed all would die. NADA. After a while People became disillusioned and deserted Haven, the place finally failed.

All my life I have been associated with fundamental religious people. People who believe in prophecy. My dad said this about prophecy, “When someone says God said "XYZ."  IF GOD SAID IT, it WILL happen, otherwise someone is a false prophet.”  I believe that.

In my life time we have known people who predicted things, many said “Thus saith the Lord!” I sometimes smile at that, even in the 21st century God speaks in 1st century language. ;-).

WE had friends, good people who believed seriously that the Lord had told him when he was returning and to meet him at a specific place in the Ozarks. They sold their homes and possessions and went to the place of prophecy in the Ozarks and waited on the Lord’s return. The date was changed several times before they finally returned to their home town (‘with their tail between their legs’) and started over again. Embarrassed to no end.

I am very skeptical of Prophecy and predictions. Some people put me in the category of Thomas (doubting Thomas), but I say ‘well maybe so, but the Lord loved Thomas none the less.’

I had to laugh today, I just heard that there is false snow coming. It won’t be real snow and will evaporate vs. melting and going into the ground. I canNOT can wait. LOL

Forgive my ranting, but I have witnessed so many ‘false’ predictions and prophecies in the last 8-10 years that did not happen, yep I am a little skeptical.

PS: I keep reading that some smart guy says ‘Get rid of your cash!’ If you think you should, please  e-mail me (or call BR549) and I will give you  my address where you can send it. If it is over $1000 I will gladly come and pick it up!  Just sayin’. LOL

I have known only a couple people who believed that the Lord had spoken to them directly. I don't know if he did or Didn't, I know that I have spoken both quietly and Loudly to the Lord for different reasons and I believe he has answered my Prayers an requests, maybe not as I expected but in His Way ! I do not shop for Vitamins, supplements or those Items, My Honey does that as I have no idea what to get for her or me !! Hope you both are High and Dry and Warm, sending down our Love ! Gary an Anna Mae

I used to believe in the prophecies made by Nostradamus. Do you know he listed 20 prophecies for the year 2020 and only one of them was accurate. So much for that. Do not follow false prophets. Only God and God alone. Have a good one!

I try to live each day to the fullest. I pray each day and sometimes if I have a question I take it to the Lord for an answer. It's always the same..."No Kathy you don't need that chocolate bar!...sayith the Lord"...So far that's come true!

There are many false prophets in the world today. Even in our churches. Always beware.
I do believe God speaks to people. I think he speaks to me sometimes but not in a voice I can hear but in the way my action will suddenly turn for the better. He answers prayers even if the answers are not what you want.

Hugs from the West side.
Lisa

You may not be aa prohet but have some words of wisdom to share. No one knows the future, it's not ours to see. But today is for living and I'm doing my best to stay o track and carry on. Hope all is well with both of you. Hugs from Ohio.

Sad, so many folks are duped into believing false prophets. Even my former husband spent good money after bad, believing in those who claimed to have figured out a way to 'beat' the lottery. Like Forrest Gump famously stated, "Life is like a box of chocolates; you never know what you're gonna get."
Hope you're enjoying a great day? We're REALLY warming up ...and that makes me sad.

I believe in God and that He and only He, will see to our needs as God wishes for our good. In the tough times, I find it best to ' turn it over to the Lord ' and soon, things will work out as He intended for us. There are so many false prophets, as deep as our government....God will straighten that all out too for the betterment of the people. Life on earth is short. Let's enjoy it.
loven'hugs from our north where the days are warming as they we get longer daylight. Lovin' it ! I consider it another gift from God...a God Wink !