Okay another crazy one. A time Machine

The time machine idea has been around for many years. There have even been wild stories of people coming here from the future, etc. My best friend for many years was enamored by programs on TV in the genre of the future, especially Star Trek.  I have always liked speculating on the future, and what it would be like.  I have never seen something developed that said to me, I remember thinking of something like that.  Now I have seen things such as the ‘weed eater’ and said, why in the heck I didn’t think of that, it is such a simple principle.

Since Time machines can go forward and backwards, I ‘think’ I would like to go back to the time of 1750, If I could take something back with me that would fit in my pocket, I would like to go back and show Ben Franklin a battery powered LED flashlight. Just to let him know his playing with electricity really did amount to something. On second thought, a little battery powered translator to show him how fast English could be converted to French. 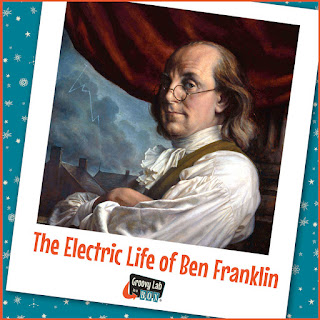 Things are happening so fast now that the public at large are seldom amazed, just accept things that are developed or invented.

Am I alone, or have you ever thought about something like that? Shucks, when I was a kid I used to try to imagine what Davy Crocket would think if he all of a sudden walked out of the woods and sees cars and trucks on highways! 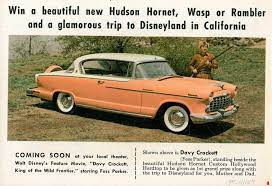 If you could go back into the past what would you like to take with you to amaze your past kin?

Great poser! Off the top of my head I'd have to choose my smart phone. Aside from asking 'her' how to spell something, I probably spend more time surfing the net than I do on the phone. Like right now. 😀

My iPhone for sure!

A debit or credit card. I think they might be amazed that a lot of time actual dollar bills and the like don't change hands and most transactions are carried out by swiping cards :)

I would take a spoon rest. A very useful addition to any kitchen. Without the spoon rest we would not know where to put the spoon when we have stirred the food that is cooking. People from the past would be amazed at this invention.

Our lives have been like a time machine with so many changes over the years. My grandparents would be amazed at our phones.They didn't even have an old fashioned one. So much of what man once only dreamed of is now possible. Who knows some day we may be able to travel through time.