Funny thing happened, on the way to raising kitties

Cars of importance to someone: 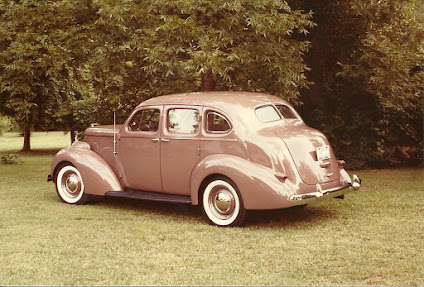 Sherry read blogs and comments before me yesterday. I was busy getting ready to clean the carpets. I always rent ‘Rug Doctor’ to do the carpets. So I was off to do that. HA! On me. Rug Doctor has a set up in Walmart where I can rent the system without talking to anyone, when it works.

Today it did not work. The system got to swiping the card, then the keyboard did not react. I tried this 3-4 times. Then I asked for help. The Walmart lady at customer service, could not get it to work and called for assistance that never came. Before she left she suggested I buy a cleaner, these Rug Dr’s were just too heavy.

Anyway I was on my own so I asked Google and mr. Google said go to Lowes. I did, that is another story in itself but I did get a Bissell cleaner. I did clean the carpets and also cleaned the ceilings in the RV where the A/C had leaked. RV owners will understand that.

But what I started to say, in the beginning was Sherry mentioned that DAR, in her comments, has said I needed a Kitty Litter box.

What Sherry did not know at that time, I had realized that on my own, just a little before. I have had a small tent set up in the basement. Every kitty has been using the tent as the litter area. It is enclosed, and the carpet did not suffer, but the little tent does STINK, I cleaned it.  I make a couple temp litter boxes for them from dirt from the woods. Sherry bought a bag of kitty litter to add to the dirt. Live and learn. I don’t remember the problem  with  Stormy D’s litter. I don't remember one poop in the basement with hers.

I've never harbored a feline, but your title made me sit up and smile! Our carpet is in desperate need of a good cleaning, so I appreciate your heads up. I'm going to stay clear of Wal Mart.

A little trouble with Stormy youngins?

I saw things to clean carpets at Pet Smart, go figure. Perhaps cleanness was not a trait passed down a few generations to the current litter.

I had difficulty teaching kittens how to use a litter tray. Even showing them by example.

I love to clean carpets. I have a big Bissell, a spot bot for little messes, and a small Bissell that vacuums and then cleans. I think I might need a 12 step program for this addiction!

Glad you have your own Bissell. It will come in handy and the money you put into renting one, you could buy one a couple of times. Kitty litter is a must with kittens. I used to put baking soda in mine. Helped with the smell for sure. Good luck with your kittens . They provide a lot of joy.

Working for Stanley Steemer for 26 years, I would tell you right quick not to use the rentals from the grocery stores. They are bad on your back and do not suck out enough water which can lead to mold. Wait, did I just give you my old sales pitch? Haha. Glad you got it cleaned up and yes cats are the worst.

Hugs from over here
Lisa