Searching for food and got memories too! 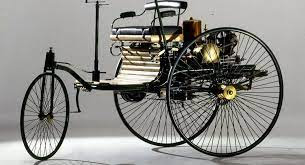 On January 29, 1886, Carl Benz applied for a patent for his “vehicle powered by a gas engine. Daddy's mother and dad were married 3 years before that!

I was taking my sweetheart out for breakfast, but found ‘Giorgio’s’ closed. We were just enjoying riding and drove a few miles to ‘Greens and Grits’ down town Lowell. It is a ‘café’ where locals gather. I have grandparents and other kin buried a few blocks from the restaurant. This little town brought up memories. Leaving, Sherry said, “Let’s drive by your Grandma’s old house. Lowell is a little town you can do a ‘U-turn’ on Main Street. So I did a U-turn and headed out to the Art Cloth mill village.

When we reached Burlington Dad ran into the house to catch the phone that was ringing. It was one of his brothers telling him their mama was dying, to get there as soon as possible. WE headed back immediately. We did get back before the final breathe.

Dad was the oldest of 9 boys and 3 girls. That old mill house is vivid in my mind, seeing all 12 grown siblings around the bed of their mother who was married around 1884. All crying, some praying; as a kid I still remember feeling the loss and love.

I had never until this morning associated dad’s death and grandma’s death and similar circumstances. At the time we lived in Guantanamo Bay, Cuba (GITMO). The USN would have flown the family back together upon his death. I wanted to be there at his leaving for his eternal home, so I flew out leaving Sherry & the boys to follow later.

The similarity of the deaths; when I reached Charlotte the plane was not allowed to land due to severe weather. I circled Charlotte as dad died in the hospital below.  Close but yet so far. The difference was, I was not there to say goodbye.

So yes, Sherry & I drove by Granny Darnell’s home. We also went by the homes of Uncles: Sam, Doyle, Fred (2 of them). All moved from Georgia to work at “The Art Cloth”

Sorry, I’m getting too old, memories fill my mind. 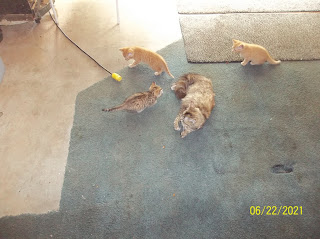 BTW, as y'all said, They took to the litter boxes in less than two whole days, I was pleasantly shocked. 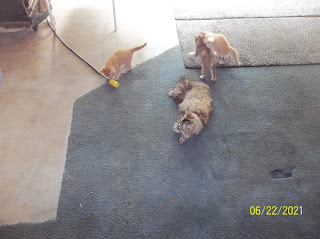 Great about the kitties and the litter box! Memories are good to have, Jack; glad you can remember them and still have your brain functioning just fine!

What a touching story. Thanx Jack. I am praying for you all.

I'm glad you mixed up things to balance it all out. The sad and the funny with the kittens. It's wonderful to have a memory like yours, mine is not quite so good anymore.

What a poignant reflection! I, too, will always regret not being at my father's side when he passed. Even my mother -- at home asleep, believing she'd see him (at the hospital) in the morning.
How fortunate, you and Sherry are able to drive by these former residences. I would love to do that, but the hundreds of miles is off-putting.

PS - An eatery called 'Greens and Grits' would draw me in in a heartbeat! 😀

Jack, thank you for stirring up bittersweet memories for me also. I always felt the loss of not being able to be by my Daddy's side when he passed suddenly. We were visiting in TX at the time. Funny tho, how we just happened to be picking pecans at his favorite tree as a huge, strong bull followed us out of the field like he would have. The things that go thru a mind. so how was your breakfast at Greens an Grits? I love grits for breakfast with a bit of sugar, cinnamon and butter...
loven'hugs from our northern overcast day