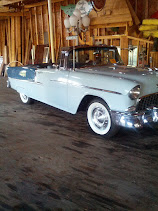 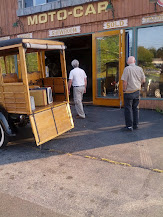 What I read and hear, we are not at war with any country or sect at this time. WONDERFUL!!!
The 20 years wasted along with nearly 80,000 lives including nearly 2,500 US personnel. I watched our withdrawal. It was tough. It would have been horrific no matter the administration. I did not know anyone serving there at the close, but I did know men serving when we withdrew from Vietnam. That was terrible also, and appeared to be a comedy of errors just like the latest withdrawal.

Logic tells anyone there is NO way for an easy withdrawal when you become outnumbered. I feel for our people during that time but also for our friends (as in Nam) who would be killed if left behind, and we did leave many behind, in both countries and they were killed. TERRIBLE.

But now I read in the news exactly what logical minds have said when THE USA decides to bring democracy into a country that does not like it, nor does the mind set allow it. You cannot change a basic mindset. SADLY NOW MUSLIMS ARE KILLING MUSLIMS, and the sadistic thing about it is they are doing it at their PLACES of WORSHIP.

— Suicide bombers attacked a Shi'ite mosque in the southern Afghan city of Kandahar, killing at least 35 people, the second week in a row……

That is one thing that is prominent in our National Documents, Separation of Church and State. We are free to worship in this country BUT, but for some reason not all peoples agree. Some want their state religion to rule the country it seems.  Please let’s not waste anymore young lives.

With separation of church and state churches and citizens of our country (USA) are free to evangelize and many a missionary has given ALL to do so. We can take our beliefs abroad, but not our politics unless that country is amiable.

I am not well versed In the Muslim Beliefs, but it seems that the Shi’ites are not liked by the Sunni. There are other sects, but they are all Muslim.

I see it as in our country the Methodists fighting the Presbyterians or Baptist.  We do it in words at times but not to killings. We, even we Christian believers at times forget we are supposed to love, not hate.

AMEN TO THE ENTIRE BLOG. As I'm sure you remember our oath and contract when you and I signed-up. Basically, we agreed to go anywhere at anytime, fight anyone and give our lives if necessary. We agreed to die fighting to preserve our basic freedoms guaranteed by documents created and signed by our nation's founders. One of our most precious freedoms is freedom to worship. I took those words very seriously. I can remember nothing that stated that we should become embroiled in another nations religious wars. I can understand retaliating to attacks and threats to our freedoms, but we do not need to interfere in someone else's religious mindset that has been their way of life for many generations. You and I spent 20+ years each living up those contracts and oaths. I hope that sensibility seeps into the selfish minds of our politicians, and precious lives lost for foolish reasons such as ego, money, and re-election ceases. Sorry for the rant. Hope to see you and Sherry soon.

My heart breaks for all the bloodshed ... and those left behind. I've all but quit watching the MSM newscasts -- and honestly, this is no place for my opinion about the current administration and their handling of the withdrawal. So, just gonna send love and hugs your way. Sweet dreams!

I think it was awesome and an act of great mercy and sacrifice by our Military and Administration to airlift 100,000 people out of Afghanistan - one of the largest evacuations in our history. Some would criticize no matter what. Hopefully the lessons learned from this war will prevent another ill-conceived entrance into the affairs of another nation.

Again, I agree with all of the above comments and certainly with your eloquent post. As you know, I was married at Camp Pendleton in Oceanside, CA to a Navy Corpman. Working for PacTel as a long distance operator, I connected a million collect calls for those Marines lined up at a pay phones. The joy in the voices of Mothers who answered was spine chilling. They knew those sons were gonna be on a plane to Nam.
Tears well up as I remember those days. The "lucky" ones that came home were broken in one way or another for a long while. WAR is so very sad; which brings to mind a quote from Mama that we heard daily [usually when the kiddos were quarreling] "It's better to have peace than strife" ~ of course Pastor Jack you and Sherry will know that's Biblical. You two were significant players in the "House That Built Me" I so love y'all, Glenda

I agree with you, it is wonderful to be at peace and no longer fighting a seemingly endless war. We did what we could and it was time to be out of there. So sad that so many lives were lost and that some had to be left behind, but we did and still are doing what we can to help them.