Losing our ‘RIGHTS?’ Which ones?

Memorable Pickups from The Past: 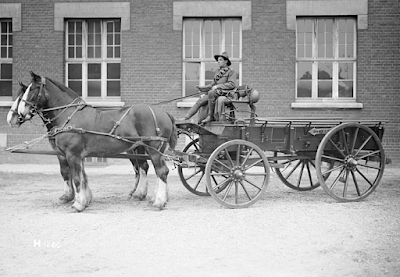 Above was a truck when Amendment 27 was proposed, this truck below was NEW when it was Ratified over 200 years later. And we think congress is slow today! LOL 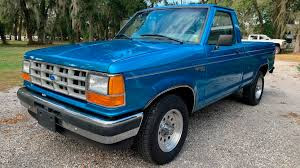 This is a wonderful country. Our forefathers wrote some very in-depth documents that have kept this country free for a long time, and I pray for may years to come.

I hear this more and more lately. Are we losing our rights as given by our Constitution? Do you know OUR  “Bill of Rights”?

The Bill of Rights of our USA are amendments to our Constitution to spell out BASIC RIGHTS.

There are 27 amendments total in the Bill of Rights.

“Notable to me are: One gives the vote to females, one made liquor illegal (prohibition), and one later repeals that amendment for prohibition.

(Note, in ref to Prohibition, It is impossible to legislate morality successfully in a free country, IMO)

The Bill of Rights

The Bill of Rights is the first 10 Amendments to the Constitution. It spells out Americans’ rights in relation to their government. It guarantees civil rights and liberties to the individual—like freedom of speech, press, and religion. It sets rules for due process of law and reserves all powers not delegated to the Federal Government to the people or the States. And it specifies that “the enumeration in the Constitution, of certain rights, shall not be construed to deny or disparage others retained by the people.”

The First Amendment provides several rights protections: to express ideas through speech and the press, to assemble or gather with a group to protest or for other reasons, and to ask the government to fix problems. It also protects the right to religious beliefs and practices. It prevents the government from creating or favoring a religion.

The Second Amendment protects the right to keep and bear arms.

The Third Amendment prevents government from forcing homeowners to allow soldiers to use their homes. Before the Revolutionary War, laws gave British soldiers the right to take over private homes.

The Fourth Amendment bars the government from unreasonable search and seizure of an individual or their private property. 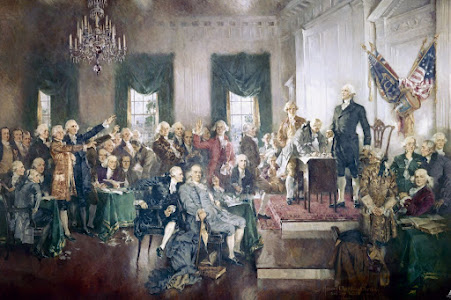 The Fifth Amendment provides several protections for people accused of crimes. It states that serious criminal charges must be started by a grand jury.  A person cannot be tried twice for the same offense (double jeopardy) or have property taken away without just compensation. People have the right against self-incrimination and cannot be imprisoned without due process of law (fair procedures and trials.)

The Sixth Amendment provides additional protections to people accused of crimes, such as the right to a speedy and public trial, trial by an impartial jury in criminal cases, and to be informed of criminal charges. Witnesses must face the accused, and the accused is allowed his or her own witnesses and to be represented by a lawyer.

The Seventh Amendment extends the right to a jury trial in Federal civil cases.

The Eighth Amendment bars excessive bail and fines and cruel and unusual punishment.

The Ninth Amendment states that listing specific rights in the Constitution does not mean that people do not have other rights that have not been spelled out.

The Tenth Amendment says that the Federal Government only has those powers delegated in the Constitution. If it isn’t listed, it belongs to the states or to the people.

PS: I highlighted NO cruel and unusual, because their meanings have had a lot of debate.

Great use of your blog column, Jack ... and timely, for sure! Must admit, altho' it was taught in school, I'd forgotten most of these.

I learn so much by visiting your Blog. Thanx Jack.

Thanks for this. I knew all of these but wasn’t sure of which amendment they belonged too.
I have been pretty upset the past couple days with everything going on. And yes, some of our rights are being taken away. Or rather not taken into consideration.
People are losing their jobs because they refuse to get the vaccine. The businesses are saying “But oh, you still have the right to decide if you want the vaccine or not. No one is forcing you”. Well, not exactly but serious consequences come to those who chose not too. It’s a mess.
Sorry I got off subject here but my daughter was one of those just informed she has until dec 8 to get the shot or she loses her job. She has been there for 10 years and makes a living. She can not afford to lose her job. She is healthy but has lots of allergies. I’m an angry and scared mom over here.

I'm thankful we have this constitution of ours that protected our rights. I don't feel like any of mine have ever been taken away. I'm proud to be an American and live in this great country. We all need to read it and know what it says. Wise words then and still good for today.