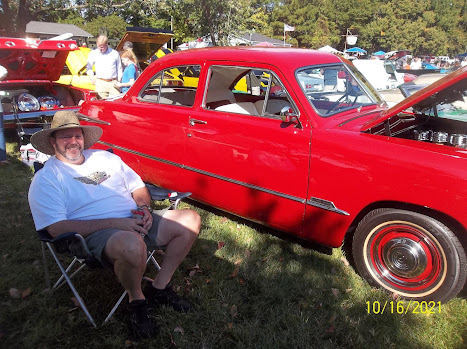 This picture is below is of dying tomato plants.  It is hard to see but in the spring every year this is a garden about 25’x25’ here in the yard. It is at the beginning of our dead end street. We pass it daily. There are cantaloupes, squash, cucumbers and tomatoes. The garden flourishes. As far as we can tell not a thing is picked or harvested. It grows beautiful veggies. It is weeded until an area is gone then the grass encroaches. The tomatoes are all that is left. They were big, red and looked delicious,  BUT NONE ARE TAKEN. The veggies mature and rot, the tomatoes mature and fall to the ground, then rot. A few still rotting on the vines. 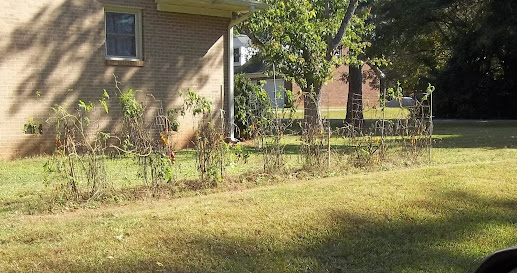 That is a mystery that would fit Paula down Texas-way if she was still with us. She was always finding mysteries… I would sure like her opinion.

Evelyn & Don met us at a car show yesterday. We loved seeing the cars. 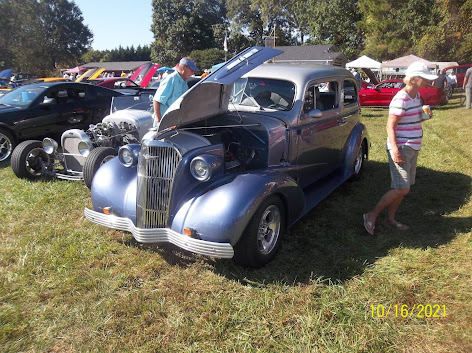 We saw Jerry a nephew, and also saw some old friends from the 60s. 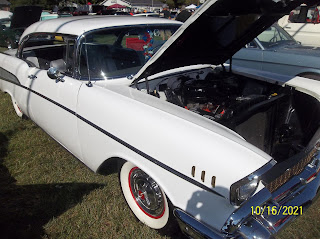 Walking down the rows Sherry said, “There is Nick, Lisa’s husband!” (She recognized from pictures on the net.)

It was, and we had a chance to meet him and talk. One day we will run into Lisa. She was off with her daughter getting their nails done.

I thought of Victor when we saw this older English Ford. 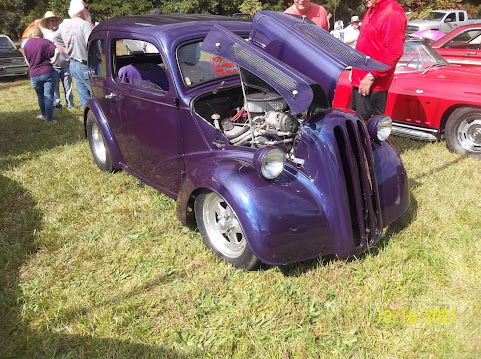 Lots of old men looking to bring back memories.

Here is a 50 Ford straight out of the custom shop in the mid 1950s. We called it shaved, meaning it had no hanging chrome including door, hood or trunk handles. Each owner had a secret way to open the doors. French head lights and '54 Chevy grill. 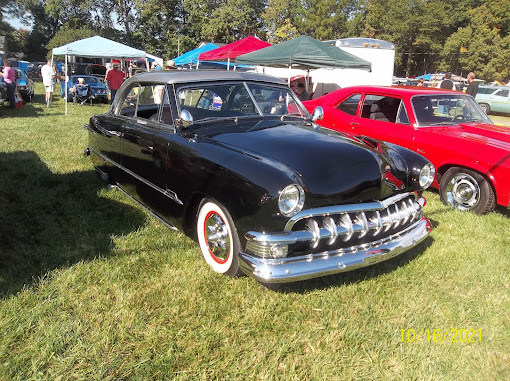 I enjoy meeting the proud owners, not all but some did the restoring themselves. 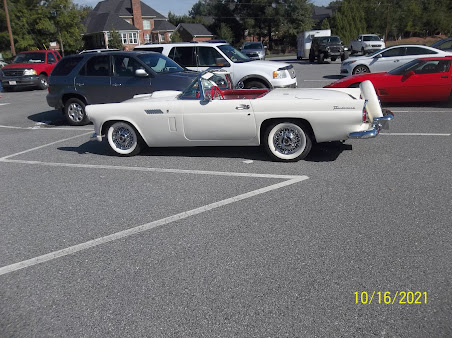 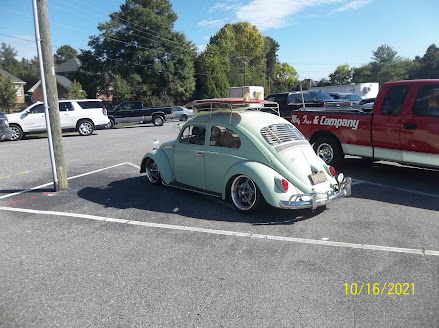 50s VW with a Surfboard atop.

PS:  I was surprised to see an unrestored Soap Box Derby vehicle: 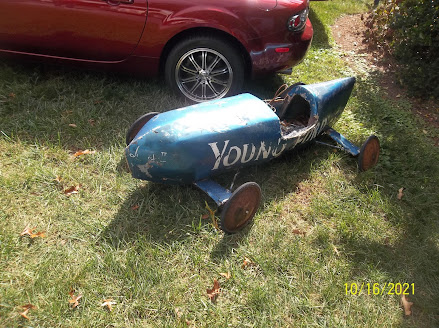 This was one of the largest local shows I have seen,  Hundreds of cars 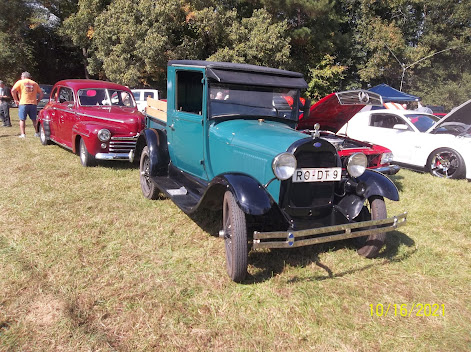 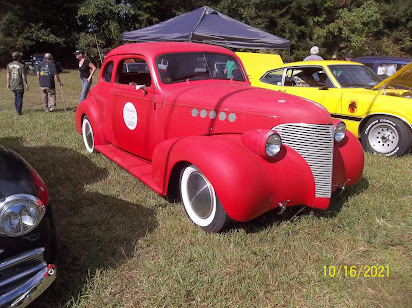 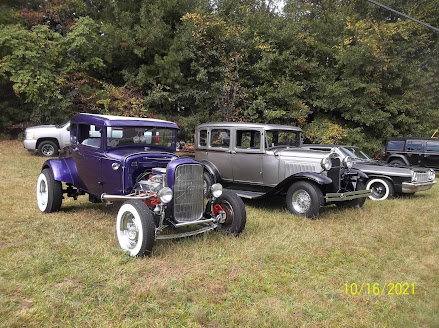 I love car shows like this. My S In Law and gr-daughter take me with them. Making chili today for them will happen once I go to the store to get those items you thought you had.

So close (to meeting Lisa) ... and yet, so far! I wonder if she's not kicking herself for missing the show.
My Tom would be beside himself seeing those old cars. You boys and your toys! 😄

When you said you saw old friends were you talking cars or people? Looks like a great show. We have a bunch of these all over town during the summer. Very fun! Sorry you missed a blog buddy and I bet she is too! As for the veggie tale mystery I wonder if the people died or something. I'm betting the butler did it! Let us know if you find out why nothing gets harvested. Such a waste!

WoW, some nice looking vehicles in that Car Show, My Dad Drove a Model A Ford Roadster, then he had a 1938 4 door ford, He then had a 1947 4 door Plymouth and lastly he drove a 1955 4 door Ford. The 55 Ford is in pieces in some woods my brother own in a pile stacked on the frame and covered up. We are still having nice weather, we just got 2 days of rain for a total of 1 3/4 inches. Temps in the high 50's ! Hope your doing well !!!! Sending down love from the colorful North ! Gary an Anna Mae

Me and Nick usually always go to this one. I’m beating myself up for not going this time. It would have been nice to meet you kids. Nick came in and said “I met Jack”. I was like “what?!” My blog friend Jack?” He said yes and that he saw David too. So I had to call up my brother and confirm that he did too see you! Haha.
This is always a cool car show. It’s only a mile from where I grew up and Charlie Craig is the owner of that property and has the show every year. His wife was my 5th grade teacher!

I remember seeing a similar Ford car in a car exhibition a few years ago. We often have vintage car shows in summer.

What great fun you had. Just made for you - an old car show. Lots of work done on those cars to restore them.
Gives pleasure to a lot of people like you being able to see them all. Glad you had a great day even though you missed Lisa.

We used to have car shows, maybe will again this summer! Cars are amazing. These are so beautifully restored. I have a thing for pick-ups.