For CRYING out loud, CIVIL WAR, WHAT???

News of the day: 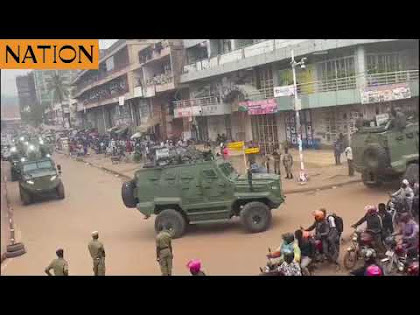 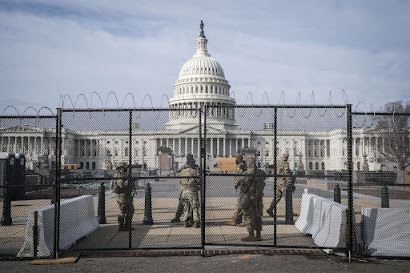 I was so disappointed and HURT on January 6th when our Capitol Building was defaced and treated with such disrespect. I was just as disappointed in our President who did nothing at the time to say, “THIS IS NOT WHAT I MEANT, PLEASE CEASE AND DECIST!” But he let it go unabated. 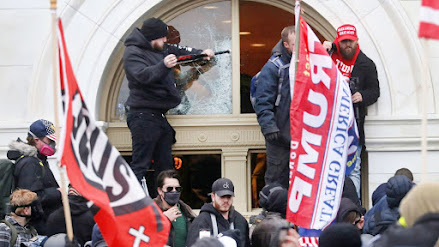 Now, from a rally of the former president I hear screams and calls for Civil War. Folks, someone is crazy! WE CITIZENS OF THE USA supposedly learned thru our last Uncivil war that folks get killed. Many politicians and encouragers stay out of the fray, BUT Brothers & sisters, cousins, kin and friends DIE! In mid 1800 up to 750,000 citizens died, 2.5% of the population killing each other. An all-out civil war today it is estimated a minimum of 7 million of us Citizens of the USA would die. That is about 5 in every 20 people.

I can’t understand people’s thoughts. I cannot fathom an ego that encourages this lunacy. THERE WILL BE NO CIVIL WAR, thank God (my opinion). In that attack on our Capitol Building foolish people thought they could change the rule of law by force, this is not Uganda, this is the USA.

Please read with some logic this piece extracted from an article by Dan Rodricks where he said:

William Gale and Darrell West, senior fellows at the Brookings Institution, examined the civil war question recently and concluded that, despite Republican claims of electoral fraud and efforts to suppress voting, we will resolve our conflicts through the ballot box, not combat. “The rule of law remains strong,” they wrote, noting that the president and federal government have the power to put down insurrection and punish those who engage in violence.

So I don’t believe we’re headed for civil war and, instead, agree with Graber about what’s more likely — less bloody but just as disastrous — if we remain on our present course: A country increasingly ungovernable.

End Quote  (The highlighted part makes me cry for my country and I pray for some logic and intelligence to eventually prevail.)

We are a Republic/Democracy, a country ruled by the vote and it works. Covid has made it all worse than it should be but we still have rules and regulations set forth by our representatives. If they do not do as we like we can and do vote them out, WE have a majority rule guide but the minority still has a voice.

I love this country, for me it is the greatest country in the world. To think that because some citizens don’t get their way, they would stoop to kill their neighbor, is abhor able. You are saying just that, if you believe we should have a civil war.

Like you I was saddened and shocked at the acts on January 5th. We are supposed to be the United States not the divided States. I believe in our Constitution and the rights of liberty and freedom for all. We need to remain united or we will fail.

I am praying for the USA and also for the UK over here. Peace is obtained through forgiveness. The world will not know peace until it learns to forgive. The way we are behaving is making Jesus weep.

It's very simple. We are dealing with a few greedy politicians (nothing more and nothing less) who thirst for power. They want to rule -not govern- with no regulations. That is an autocracy. They are easy to identify by applying this question: What good have they done for all of America? Why we are thinking of going to war with each other makes no sense.

As ever, you raise excellent talking points. However, I personally cannot fathom ever arriving at any common ground with the liberal left's socialist agendas.

I don't think anyone wants to see more bloodshed. And I honestly don't think that will ever happen in my lifetime. Sad, but perhaps the only viable solution is the states' irrreconcilable differences recognized in a court of law ... not unlike a divorce.

I so agree with your article and every single comment above. Not much to add, except it does sicken me to read the news. And BTW at about 2 a.m. this morning I read about the Forgetter, I'd forgotten that story about Mom. You're something else, Jack Darnell!!! Warm hugs from Chobee to you two!!!

Thank you for this. I can't add anything more to what you've already said. Well maybe one more thought. We can never, ever let Donald Trump darken the doorstep of the White House again. Ever.

It is very sad. But here is one of the problems…Actually young people do not know about the wars. Sadly because it is not taught in our schools any more. Did you know that they have stopped teaching US History? Thats what I have heard from several teachers.
Sad.