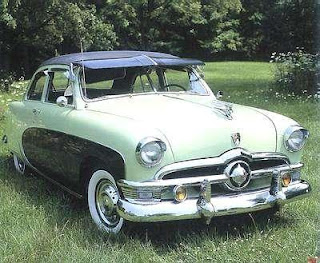 Sonny was a Ford man I was a GM follower 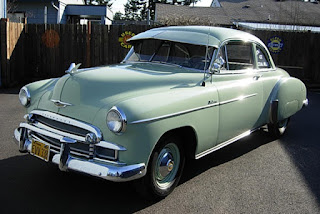 Yep, we do age, even while we sleep. Life uses every second we live.

I have mentioned my friend Sonny often. Some people are impossible to forget. We were the best of friends and had a lot in common. We both were handy men. WE both were family men. WE liked the outdoors. Once he & Collette started traveling with us, he loved traveling. However he had limits 2-4 weeks was the limit before he had to be back home. 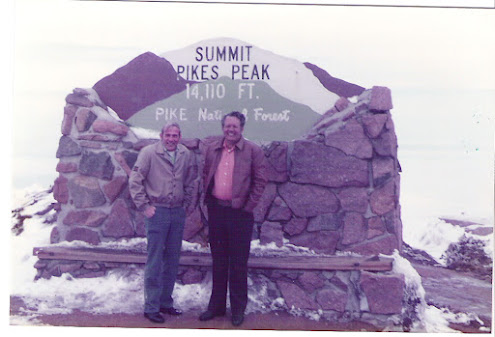 Whether it was Pike's Peak or atop one of the Rockies throwing snow balls in short sleeves we had a good time. 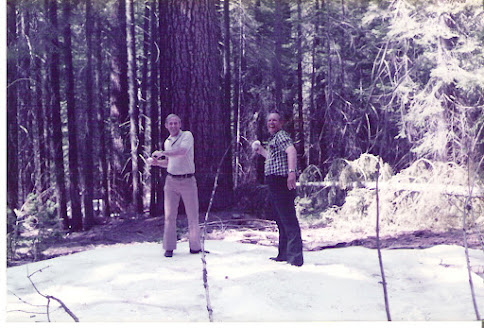 But this post has to do with Trees. Sonny never lived more than a mile away from his home place of Paw Creek, NC. He lived on the Mill Village there from the time we met until he passed away. His house was sorta like a flower amongst weeds, it stood out although it was still a mill house.

His front yard had an oak tree that was 5 or 6’ in diameter. It was probably BIG when he was born. BUT this tree he is leaning against is one of about 5 oaks he planted around his home. When he planted this oak it was only ONE INCH in diameter and he was in his early 20s. 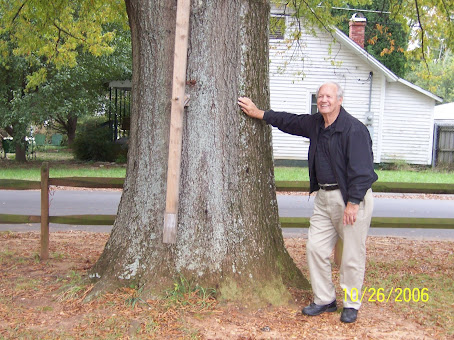 I am not sure why he had the 2x4 nailed to the side of the tree. It might have been to record the height's of his grand kids.

When I still see these trees I still cannot imagine he planted them. He has been gone over 10 years and I still expect to see him out in the yard when I pass. His grandson Justin and his family now live in the house. The Mill House is probably 100+ years old.

On our first trip across country, he fell in love with the Redwood trees and wanted to grow one. I told him he didn't have that much time left and we both laughed. This was taken in 1983 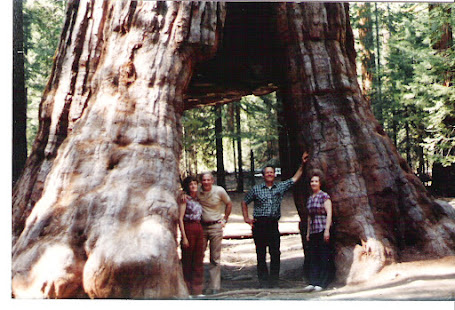 What a wonderful tribute to your friend Sonny. He'd be so proud of you.

You are right, Jack. Trees do age all the time, just like us and everything else. We've all been through so many different ages. I prefer the Jurassic Period, myself. The steaks were enormous then as I recall. No ketchup though! We had to make our won.

How blessed you were to know and spend quality time with Sonny! Oh man, the circle of life is bittersweet.
That mature oak is sure something!

A couple of years ago I toyed with the notion of planting a magnolia tree. Then, of course, common sense reminded me (that) I, too, don't have that much time left.

Wishing y'all a wonder-FULL Sunday!

Oh, that wonderful oak tree is enormous. We get Hen of the Woods mushrooms, a choice one in the mushroom world, from Andy every fall from under his stately old oak. I love your tribute to your memorable friend, Sonny. I have to agree with Victor. Sonny would be so proud.
loven'hugs from up north where the soft winds of fall are blowing the leaves around today. It's a beautiful day. Give Ms Sherry a hug for me and have her hug you for me too. Love you guys

Jack Darnell... Cannot manage to say anything more dynamic than aoy of these "Superstar"s Jack & Jack,Jr.

What wonderful memories of our good friend and his tree. Yes we never stop growing older whether we area person or a tree. Only thing we can do is try to hang in there as long as we can and make the most of what we've got.