Music in the Car:

Do you sing as you drive? 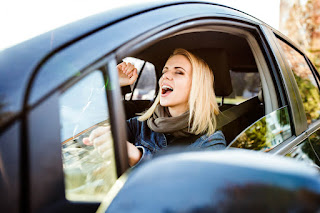 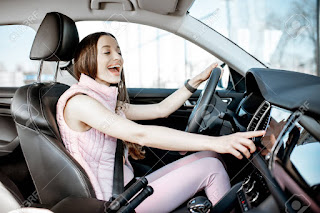 My sister played the piano and accordion; oldest brother the guitar. Mama the piano some and daddy played the ‘spoons’ at times. I ended up after several tries, with the trumpet because it seemed simpler with 3 keys. 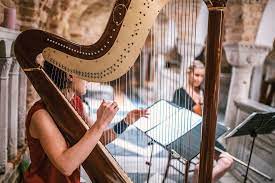 The harp was always a fascinating instrument to me. As a kid I looked inside a Grand piano and it appeared that a harp was laying sideways for those keys to hit. 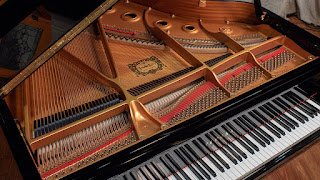 Growing up I remember hearing the word violin but I knew them as fiddles.

I went thru periods of certain music’s in my life. I did like Rock and Roll because I was a kid in its heyday. I remember liking Hill Billy Music for a while.  Do you remember ‘Airlines Tapes?’ Many years ago when flying there was background music playing once the stewardesses had gone thru their safety spiel.

I bought a couple airlines tapes, one was all Chet Atkins music.  I played that reel to reel tape in my work area on the ship. The sailors in my division would stop by just to listen to his ‘easy listening’ picking.

Since I lost my hearing and have the Cochlear implants sounds are NOT the same. I can communicate but sounds are more like ‘mechanically produced’, it is hard to tell a tune, or key it is in.

BUT lately if I am alone in the car I have the radio to a classical station. There are times I want to appreciate Beethoven and Brahms.  I think I can tell the difference in the violin and piano, but it is hard. It is the complicated sounds that I enjoy and am amazed anyone could put all those instruments together.

Technology amazes me in music. It is hard to imagine the keyboard today. Joshua (grandson) can set down (or stand) at a key board and make it sound like everything from drums to a symphony. He throws individual keys & chords together and it amazes me. 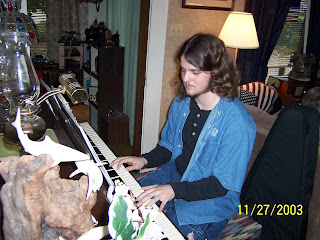 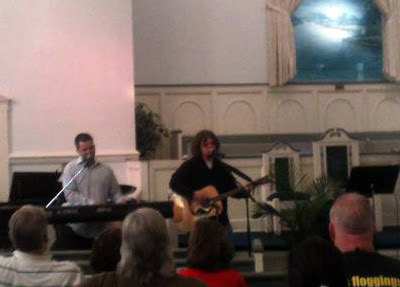 I am not a fan of ‘Guitar STRUMMING’ I was spoiled to Chet Atkins and his ‘picking.’ I ask Stephen (the other twin grandson) who can do anything on a guitar, why he strums (beats) a guitar when he picks beautifully and a good as I have heard. “Grandpa, the audience demands a show with a group so I give them what they want.” 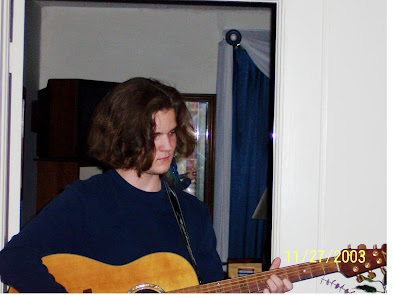 Now he teaches his son! 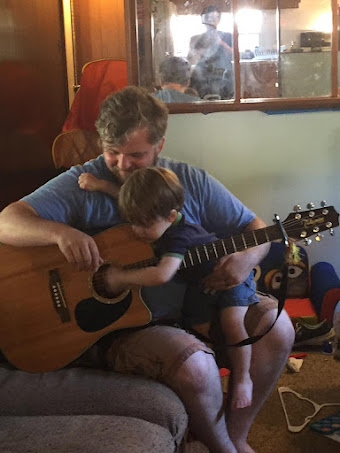 But I still love to hear him ’pick.’ I prefer Country Music, as it was back when it was Country. LOL I just wish I could actually ‘HEAR’ it, as it really sounds, I must imagine.

PS:  Some of you have music in your home. What instrument or music do you prefer?

I like most kinds of music, but was never able to play an instrument. I like country music too.

I don't sing because it frightens the wildlife.

I know you and Sherry must be incredibly proud of your musical twins! Love what Stephen said about knowing what the audience wants. Intuitive!

You know I love listening to Tom on the keyboards and sax. Unfortunately, the latter has taken a back-seat and he's talking about selling. Ironic, I loathed having to take piano lessons, then I went and married a musician! Believe it or not: Today -- in spite of 8 years of lessons and playing violin with the school's orchestra -- I can no longer read a single line of music.

I love country music, it is my favorite, but when the mood hits me, I like classical music too. It all depends on my mood it seems. There is some kind of music for every one. And yes, I like to sing along with the music too.