Cramps, damps but then Ramps 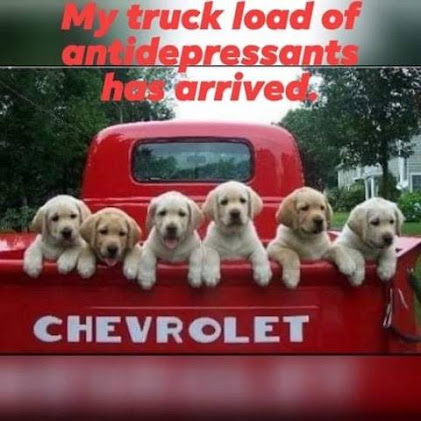 You must admit, the above statement is VERY TRUE!

Speaking of foods, I enjoyed all the comments, always do; I appreciate anyone taking the time to leave one.  I smiled broadly when Gary mentioned ‘Ramps!’

Now I will be the first to say Gary, Myra and Lisa always make my mouth water when they tell what they had for dinner. To be honest though, some of the dishes Gary & Anna Mae enjoy I have never eaten, some I never heard of; but they always look and sound delicious.

BUT RAMPS? It was late in life when I heard the term, and that was from a mountain preacher. I checked with google and here is what I found:

Ramps are a member of the onion/garlic family and are often called “wild leeks” by many people. But anyone who has ever eaten farm-grown leeks then tasted wild leeks can tell you that there is little comparison been the powerful and pungent taste of a mountain-grown ramp and that of its milder store bought cousins.

While ramps look very similar to green onions, they have a much stronger flavor – like a cross between a strong spring onion and a garlic bulb. 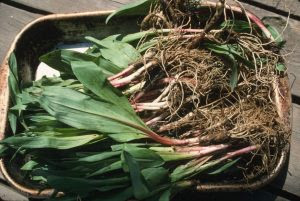 (Gary has posted pictures of the ones they have gathered in NY. For some reason I thought they were only in the NC mountains, ;-)  I had not notice the leaves before, I sorta expected small stalks, like onions)

I must admit I heard and read of leeks in scripture especially when the Israelites were complaining of being freed from Egypt....

We remember the fish we ate freely in Egypt, along with the cucumbers, melons, leeks, onions, and garlic.

but did not know what they were. I learned about ‘ramps’ in sort of a joke told by a preacher about an incident at his first assignment to a small mountain church. In any small church or group you learn the regulars pretty quick. The preacher said once he noticed Sister Thomas wasn’t in attendance, he asked at the beginning of service if there was a problem? Her close friend said, “She won’t be here tonight. She had Ramps today.”

The preacher told a group of us, “I had no idea what ramps were but during prayer requests I asked everyone to pray for Sister Thomas, she was suffering from ramps and couldn’t make it. For some reason I noticed everyone smiling some even laughing. Later my clerk explained what ramps were and the mountain folks ate them raw at times and it was hard to get them off their breath. You get an education pastoring mountain folks.” He ended with, “Embarrassed? YES!”

There are times you can’t bluff your way in life, so I will say, I still have not eaten nor met ‘ramps’ yet.

I've not had any ramps either, but I do love green onions. Interesting how you learned about ramps. There is always something new to learn every day. And now I know something new to me too.

Awwww, those puppies! I'll take the little one on the left, please. 🤗

What a funny story about Sister Thomas and the ramps! Nope, I'd never heard of them either. But they sound delicious. Maybe Gary will tell us how they're prepared and served?

Never heard of ramps here in the UK. We probably know them by another name. We have a similar plant called green onions. Looks like your photo. But the leaves are much thinner.

I've never heard of ramps but I have eaten leeks and Jack likes leek soup. Even though that poor preacher didn't understand what ramps were I'm sure the prayer for that lady wasn't wasted!

Funny stuff about the preacher's prayers about the ramps. We call them leeks and pick them every spring...then the leaves die down and we can't find them again til we see the gorgeous bed of wide leaves beaconing our fork to dig up the treasures. I was cleaning out the fridg freezer, and lookie there, I found another package of leeks. And here I thought we'd already devoured them. They are more pungent than spring onions which I prefer for my ' delicate ' system. lol We pick them every spring in our woods. I knew right away you'd be writing about leeks rather than a ramp to travel from one height to another...:) I LOVE the puppies and of course, the beautiful red Chevy truck...I still want a '55 for baskets of flowers.
loven'hugs from up north where, today we ground and bagged 45#'s of hamburger with 50/50 venison and pork.....yummy burgers!

I have never heard of ramps. I suppose they would be good to season a meal with? One thing I had once and only once is Chard. Eeek not so good but I bet a good ol country grandma could make it taste good.