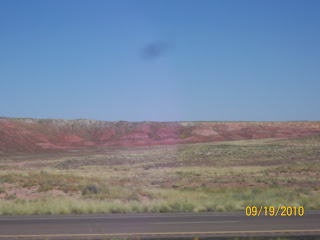 One shot of the painted desert, the rest did not do so good. We passed the painted desert and The petrified Forest, we have been there so we didn't slow down.
Now we are headed toward a meeting I have thought of for a long time. There was a time as a youngster; I thought we would never part. It was so much fun. It was the mid fifties. VonDale and I had met in1950 at a church my dad pastored. I met Buddy a few years later. My Dad moved us to Belmont, NC. Von Dale’s Dad moved him to Mecklenburg County, just across the Catawba River from us. Richard (Buddy) happened to live in Stanley which was about 15 miles away. When we could all get together, it was a blast. Mostly it was just cruising around in my ’48 Chev. Convertible or Tuck’s Dad’s ’48 Fleetline. Of course there was no A/C in the cars then so we rode around with the radio playing and the windows down if it was Tuck’s car. If it was mine the top was down. We all sneaked cigarettes then, and thought it was cool. 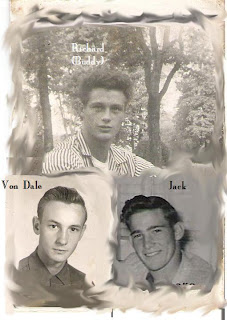 MY dad and Richard’s dad, were preachers. Von Dale’s dad was a church leader and General Contractor. We had a bond that has lasted for years. I see Tucker (Vondale) at least once a year, but I haven’t seen nor had any real contact with Richard (Buddy) since 1956. We have so much to catch up on.

I was different, but my buddies were tough guys. I have seen Tuck fight (always win) to defend ‘our’ honor. Tuck was a long lasting, hang in there, rough and tumble guy and he would be the one standing in the end. Buddy on the other hand was a get it over with now. I was always amazed at his ‘quickness’; he could hit a guy twice before the guy knew what was happening. He was always the one standing too. Me? Hey, I am a lover, I watched a lot. Seldom was I ‘involved’. HA! But boy I could cheer and make sure it was what we used to call, ‘a fair fight’. 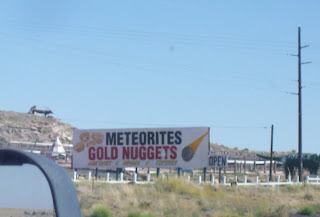 Of course scrapping was less than 1% of our relationship. We had something others only wished they had, or at least that is the way I always saw it. When my first girl dropped me, she fell for Buddy. Tucker was always with Marta, I started going with Sherry. We were Friends. 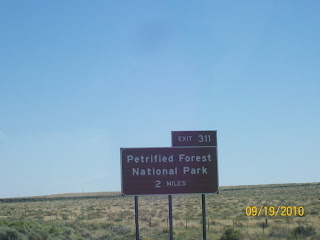 We got older (16.5). I still don’t know what happened, but no one would not join the USMC with me. I had another friend, Sammy Waters; I talked him into rejoining with me and to show me how to get in underage. They took Sam and sent me home until I was 17. At 17, I still could not convince anyone to join with me, so I went alone. Tuck & Buddy continued close, at home, until Buddy moved to Mississippi. Soon Marta and Tuck split, While I was on a cruise Tuck Married Rose. I will learn soon where Buddy found his love. 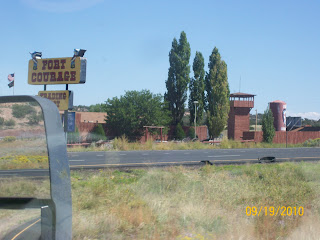 Anyway, if you read Sticky, Rags or S’Gar. Buddy was the inspiration for the character ‘Buddy’ in the books.
He has forgiven me for using his name in vain (I think). We are both so looking forward to this. 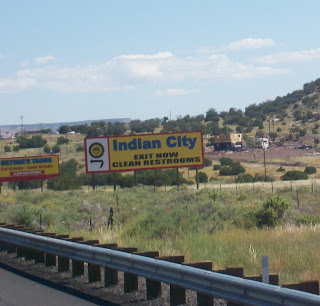 Wondering about the pictures? This is what we were seeing crossing Arizona to get to New mexico where Buddy has settled down. 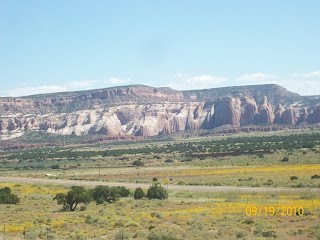 Beautiful landscapes.
Love these below, notice the holes in the rock, Birds roost and nest here, not much danger of snakes getting the eggs. 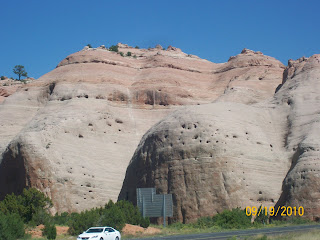 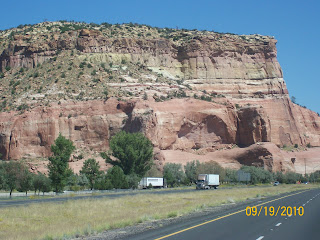 New Mexico, Not far from our meeting. 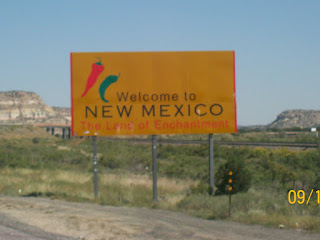 Ahhh, but then there are the small things, flat tires that must be fixed!!! Yeah She is getting one fixed, in Grants, NM. 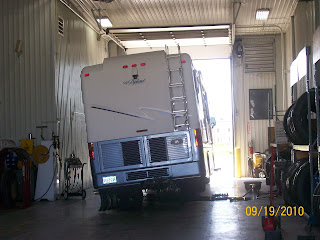 PS:
To know my feelings, you must have a person or persons, whom you know as a ‘FRIEND IN CAPITOL LETTERS’.

Reads like a different epoche indeed. And yes, friends are probably the very essence of life. Living 3,000 miles from home, it turned out who are and who's not. A safe road ahead for you all and a good start into the new week as well.

Jack, glad to see it was only a flat tire. You had me worried.

Now tell me about "if you read Sticky, Rags or S’Gar. Buddy was the inspiration for the character ‘Buddy’ in the books."
If you have written a book or books let me know the title and where I can get a copy. Thanks Bill

You and Sherry really put the miles on. I like the pictures. It would worry me to death to have a flat or trouble in that big motor home.

Glad you found a place that fixes flats on that big motor home. Being out in the dessert would not be a place I'd want to have a flat. The pictures are so different from state to state yet all so beautiful. Enjoy your reunion. You all are in my prayers always.

this is going to be such a joyful reunion with you and Buddy!! I am sure you will enjoy your time spent with him! such beautiful country you are driving through :)

I love the pictures even if I have to view them with my junk computer. Hoe you enjoy your time with Buddy.

What a wonderful reunion this will be! I'm telling ya... that picture of you three is priceless. You look like the one that would start the fight, Buddy would do the fighting and Tuck would finish it up. AND Jack, I gotta tell ya... that was quite the head of hair you were sporting back in the day ~ nice comb over ~ did you use Byrlcreem or some other pomade? All three of you were quite the lookers!! :)