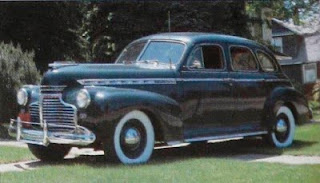 Following is an article written by Ken Herron. Published in the Calhoun times. This is one of the most succinct articles I have read on our problem with industrialization. It is only 885 words, please take time to read it. If you feel so inclined, forward it to your representatives in the Government.

#323 Industrialize America, Ken Herron, Columnist.
One of our major problems today is the lack of jobs for the citizens of the USA. If you recall in 1992 President George H. W. Bush promoted an agreement to promote free trade in North America. Ross Perot stated in his speeches during the election period that if the NAFTA (North American Free Trade Agreement) passed there would be a big Whoooshing sound as the jobs moved to Mexico. President Clinton signed the act into law and Ross Perot’s prophecy has come true. It was not all due to Mexico because the Mexican government has not allowed foreign investors to control and operate the businesses for efficiency and quality. A small portion of the businesses moved to Mexico.

A higher portion of the jobs have gone to China and India because of the relaxing of trade agreements with both of these countries. They have not relaxed their tariffs and duties to allow the USA to export to them but the USA has made it easy for both of these countries to export to the USA. We have gone from the largest exporting country in the world to the largest importing country in the world. Our balance of trade may have passed the point of ever being able to come back to even because we have destroyed our manufacturing base in this country.

We are still the leader in technology in the world although other countries are gaining on us. If we are to regain our employment position we must revive our manufacturing base. One of these areas should be the automobile industry. We must become the world leader in alternate fuel vehicles. The best hybrid vehicles must be American made. We need to revive our steel industry and manufacture all vehicles in America with American steel. We may not be able to achieve this on competitive pricing alone but it can be done by a legislative act. If investors know that there is a market for American made steel, you can believe that there will be new steel mills under construction within a short period. Foreign steel companies will build steel mills in America to supply the market. They will be efficient and operate with the latest technology. If a law is passed stating that seven years from today all American made cars must be made from American steel, the steel will be available.
Automobile batteries are going to be a huge business in the world for hybrid cars. The federal government should subsidize this research to make America the prime supplier of these batteries and make sure that inventions are patented and only used in the USA.

Since 1992 we have lost just about all of the American textile industry. A law requiring all textile products purchased by the federal and state governments to be made in America would reestablish a booming textile industry in the United States. Military and Police uniforms alone would employ a large number of people. It could also revive the growing and processing of cotton by the American farmers. In addition to the textile spinning plants, weaving plants and finishing plants, there would also be garment manufacturing again that would employ a high number of sewing machine operators. This is a labor intensive process but it would be much more efficient than the foreign manufacturing because of the new equipment and the latest technology.

With the latest textile manufacturing equipment the cost of the products would not increase dramatically and with the poor purchasing practices of the government the cost may not increase at all. Beddings and linens for government owned barracks and facilities would be a big business.
A textile business that has a market with the government that will pay for its overhead can sell a “Plus” line of products at prices that will be competitive with the imported products. These can be sold to American companies so that normal retailers can sell their products. The big box retailers could set aside a department in their stores that would sell only American made products for those of us who prefer to buy products that help to support American jobs.

One action that I have recommended in the past is to require retailers that sell over one million dollars per year to sell a minimum of 30% American made products. If they fail to meet this level, they would pay a 5% penalty on sales of foreign products. They determine which domestic products they will sell. The government does not penalize or select the foreign or domestic products so this action would not be in restraint of trade. We would not be putting tariffs or taxes on any specific foreign products. Considering that both India and China have very high tariffs (about 60%) on products made in America we would not be going overboard and being unfair.

Nothing will happen to improve our employment situation as long as the government considers business owners greedy dishonest individuals who try to get rich on the labor of the workers. In all of the businesses I have known in America, the condition of the laborers was foremost in the attitude of the owners. Bonuses, paid holidays, paid insurance, vacations and raises were always a part of the operation plan. Productivity produces profits and happy employees give productivity.

I could never have said it better Ken, thanks

Nite Shipslog
PS:
Buddy said, if you find yourself down, you can win, if you get up one more time!

That beautiful car at the top is a 1941 Chevrolet, the first dar i can remember my dad having! Jack

Ken wrote a good article right on target.
I don't think the world will ever be back like we
were. We are in bad shape and I just go along
with the flow. Whatever that is.

totally agree with what Ken said! we do need to stop giving our jobs away to other countries indeed!! in my line of work, some gets outsourced to India which then causes the clients to have to redo a lot of the work because of quality, yet they keep sending to India cause it is cheaper, does that make sense? to me it doesn't. The mighty dollar sometimes wins out so much over common sense

Jobs given to foreign countries has ruined out economy. We've out priced ourselves and so many go to cheaper means. It's very difficult to find anything made in the USA anymore. I often look and can't find anything. If we produced something that no one else had, they'd have to buy from us, We are a country of good, efficient workers, and we can offer lots that others can't. Hopefully we'll be able to show others that too. God Bless the USA.

It is one of our country's great disgraces that we have the people dying to protect our country wearing uniforms made by non-USA citizens, whether illegal labor in our country or abroad.

As for businesses protecting the best interests of their employees. Our corporate laws exist to protect one thing: profits. Small business is exempt from many of our labor laws, making it possible to employ one's own family and friends. All business expenses, including employee salaries and benefits, are deducted from the bottom line before figuring out the business owner's taxable income.

This is an incentive to invest in people and equipment to keep one's personal income in a smaller tax bracket. Entrepreneurs are also held more accountable in terms of management's personal responsibility. This helps build communities, unlike mega corporations who work by predatory competition instead of community-building cooperation. People have souls; corporations don't.

This is a great article about an important subject. Hopefully the polls are going to make a difference in the direction this country has taken in the last two years.

That was a good article, even through my miserable cold.. As far as getting democrats out of office, The republicans have not done such a great job either and even though I am 80 I can not pin down the time when You could hardly find "made in the USA" Keep our production here.

Well looks like everything has been said since I couldn't comment lately. I can always tell if the ghost are going to let me or not and this time I see they are. Wanted to ask if they still make white sidewalled tires like those on that neat car?

In 1942 the employment in the country was similar to the present, and the govt guaranteed a profit if business wouldd hire. So, what would happen if you took only those unemployed, give a 20% raise over unemployment and have the state pay 1/3, the federal govt pay a 1/3 and business pay a 1/3.Do it for 18 to 24 mths program. The unemployed MUST go to work. Small biz can hire at a cost of $4 an hr, state and fed pay $4= $12 to the worker. With everybody back to work the defeceit gets paided down over the next 2-3 yrs big time. This would be a big shot in the arm of small biz. The problem is big multinationals would fight this to keep a cap on low wages, besides they hire about 1% of the population, and are the big donors to political campaigns and don't want small biz competition.