Thoughts from my Coffee Cup (con’t)

Just noticing the Company coffee cups we are now using, Keyed more memories than I could list.

I never advertised our company. I was blessed with word of mouth advertisement. I did buy advertisement material like the cups.  One year I ordered the ‘Mont-blanc’ pens (?)(copies). They were good and held up well. The banker and my attorney really did like them because they looked impressive on their desks. I guess they took the place of the ‘Cross Pen’, remember them?  Over the years.  We had houseplan books, hats, cups, Balloons, key fobs and  wooden rulers, with the company name on them.

One year the Chamber of commerce convinced me to do a float in the Christmas parade. I intended to keep it up, but the idea fell by the wayside. 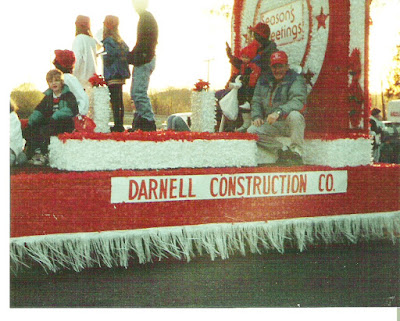 I did build custom houses, BUT I was really a speculative builder.  It was fun to do it ‘my way’. Following my mentor, Luke Tucker I could never be just the ‘General Contractor’, I enjoyed driving nails and working along with the carpenters. I loved building more than food. I would work all day without a break. The guys who worked for me learned to say, “Mr. Darnell, we are going to lunch now.”  (or taking a break)  They knew me and I understood them. “GO”.

In all my years I only let two workers go.  One was accident prone, the other was never going to be a carpenter.  That was the hardest part of being the boss.

My office was always in my truck or in my home. I preferred working out of our home, I never ‘needed’ the prestige of an uptown office.  When necessary, it was just more relaxing to talk building over a cup of coffee, at the kitchen table.

Then there was always ‘Tax time’. Like everyone I did not like ‘tax time’. I read all the helpful hints, then filed.  I read that an office at home is a ‘red flag for audit’ so I never claimed one. I even paid more tax than required, to avoid an audit. I always did our taxes until the moment my big brother told me “Jack, you cannot do your taxes.”  Chagrinned, “YES I CAN!”

My brother Jr. was a business man, wealthy, but you would never know it. At one of our Family gatherings he said, “Jackie, do yourself a favor, just take your books to a CPA and ask him if he can pay his salary.” 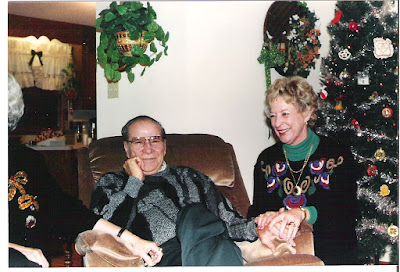 (Junior and sis Shirl at the family get together, she really admired Jr.)

To satisfy my Brother, I did that. In a couple days Marvin Hand called me, “I’ve looked over your books Mr. Darnell,  can you use $5000?”
“Of Course!”
“Are you willing to pay $500 to get it?  Because you have messed up your filings so much it will take that to refile the last five years?”

In a month I had the $5000 and smiled to myself as I called my Brother to say, “You were right Jun!”
Sometimes it pays to take advice from a wise (experienced) person. 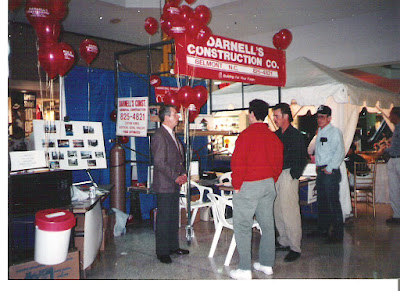 (The gentleman in the suit was Jim, Shirl's hubby. That day he represented our company)

PS:  Marvin told me regarding home offices. “The IRS is filled with crazy folk Jack, but they are not stupid. If you are in business they know you must have an office. It is the Dr & Lawyer who claims half their house along with an office down town, that get in trouble.”
That will be it from my coffee cup! 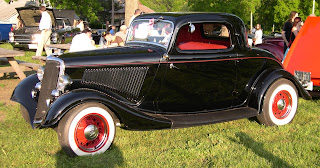 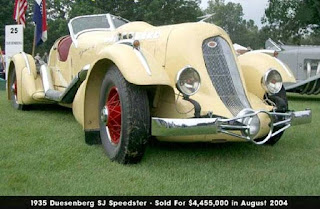 It was a wise move to listen to Junior with regard to hiring a CPA....sometimes it doesn't "cost" it PAYS to hire an expert.
It's been a "fair to middling" week here with some days more worrisome than others, news headlines out of China and Saudi Arabia are troubling as are financial gyrations in market. So much fun to play catch up with the Shipslog today! The "WORDS" entry is such an enjoyable read, your recall is amazing!!!
It's a sunshiny day in Chobee after several dreary rainy ones, y'all have a great day :)

My youngest daughter worked at IRS for seven years. She hated having to tell people where she worked.

I'd quite forgotten the Mont Blanc pen ... ya, it was quite the status symbol there for a while!

Having worked a big chunk of my life for CPAs, I certainly appreciate their way around the tax law! Unfortunately, my last (sleep-deprived) experience left me never wanting to work in that pressure cooker atmosphere again. Oh, we made good money , but towards the end of 'season' the head partner even chose to sleep in her car vs. taking time to drive the 20-some miles home!

That was neat, Jack, with the float in the parade :) Looked like a nice one too.

I think it was wise advice to have your taxes done by a "professional". They know how to "work the system" and keep our taxes at a minimum but still fair.

My comment will not take on this new computer don't know how to get it
to print.

Will try again...not having to much fun on this new box

Your cup sounds full to overflowing. What great years you had doing what you love. Not everyone can say that about their work. We are expecting snow here later on today. We'll see...