THAT man in my LIFE! 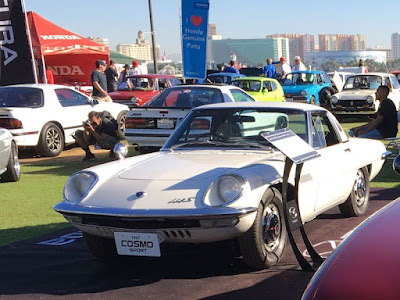 
As I grew older, and slowly wiser, I realized that The best man I knew, was my dad.

My dad was unique. He told me that in his last tent revival in the Fire Baptized Church (mid 1920’s) a storm came up and left his tent in ‘doll rags’ (his term). “That drove me to my knees,” he said, “I prayed for hours and God revealed to me I should associate myself with the Church of God.” Soon after that his daddy, Grandpa Lonnie, heard of work in Lowell, NC and moved to NC. He then urged his family to follow, many did.

Dad and mom moved to the ‘Art Cloth’ Weave mill in Lowell NC and found work.

Dad continued to preach and established the South
Gastonia Church of God. It grew like wild fire and they built a large church. He and momma quit their jobs for full time pastoring. The church was debt free (Daddy didn’t believe in owing anyone).  By this time I was born the last of 7, in 1939, Daddy again felt ‘lead to pray about ministry’. In 1940 he left a blossoming church of 300 to pastor a church in Shelby, NC attendance 25.

From that time on he never accepted a church that was bigger than what he had, but when he left it was several times larger than when he arrived. Every church he pastored grew.

The Church of God changed over the years, and in many respects dad grew with it. I smile at the changes. Many years ago there was a list of major sins (beyond the 10 commandments). As a preacher’s kid in the 40’s-50’s the following were sins:

Jewelry (including a wedding band), tobacco, alcohol, women cutting their hair or wearing pants (men’s clothing), buying ‘cotton futures’ (stocks and bonds), going to the show (movies), TV, mixed bathing (boys and girls swimming together). And as a preacher’s kid, I could not play sports nor attend the games.  Even as a member of the school band, I could not go to football games. (As I mentioned, sometimes it wasn’t fun!)
More on my Hero later.

Rules are great and needed, but when they get a bit "extreme" it is hard to keep them or to try to find ways to get around them without getting caught. Your dad was a mighty fine man! I'm glad you are sharing more about him here.

I remember when I was younger, the "Church of God" people were a lot more strict on things than us Baptist! I think they have all let up a little.
My dad was a deacon and was strict with us kids. Not as strict as in your times though. I remember the day when women did not wear pants. Now the churches are "come as you are". Though I dress nice for church in respect as I would a funeral or wedding, A lot of people wear jeans and tshirts. Churches hold dances and swim parties now days too. I'm glad churches have made it enjoyable for people to attend.

Your Dad was an honorable and admirable man, testimony to the fact that his teaching of the Word attracted believers. Agree with Lisa that some of the rules were too stringent, wearing wedding bands, for example. They hadn't changed much when I was teen and you were our pastor in Moberly. We loved going to church!!!

Wow. No wedding rings? The first time I'd heard the rule against 'mixed bathing' was when I began college (McMurry) in the same town as Abilene Christian. Shaking my head! Of course, there were those who claimed the ACC co-eds were wilder than most, having been under their parents' thumbs until they finally left home. I don't suppose that's necessarily true in general. Look how good you and Sherry turned out! Reading about your daddy, I'm inclined to think he was awfully charismatic; someone people want to associate with. Nice inheritance!

those rules seem a tad bit strict to me. but it was what it was. your dad was a decent, humble man.

It seems to me that most churches have changed over the years. Rules and regulations are no what they used to be in many of them. I've seen a lot of them over the yeaers in my church too. Some have been for the good of all. You are blessed to have had such a great man for a ddd!

It's a chilly but sunny morning here and that S word (snow) has even been in the forecast for tomorrow morning. Ugh! They say the ground has warmed up enough it shouldn't lay on the ground though! Whew!

What seems 'strong 'rules to some are accepted by those experiencing them due to faith. Your dad was a wonderful, honorable and genuine man. You've inherited those traits as well and it's all good. Mama used to say, What's good for the goose is good for the gander. Tho not of your denomination, we all survived. Life is Good. God is Good.
love n' hugs from up north where the wind blows cold over under the overcast skies. Time for plowing and picking rock so it is finally drying up.