Being sick just ain’t no fun but might have benefits 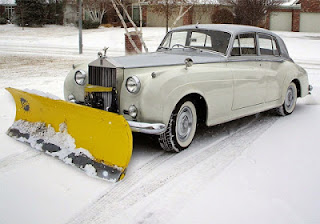 For today:
I have been very healthy throughout my 80+ years of life. I have never spent the night in the hospital except as a friend and care giver.  I have had a couple operations, but they were in and out, and not life threatening. Recovering with my sweetheart’s help was always sort of fun. LOL

I guess I don’t sympathize too well because I have never suffered as many folk do in their lives. BUT, but when I enjoy being sick as I have for a week or so, I start LEARNING to understand better when someone tells me they are ‘hurting’. So I am trying to make this a good thing. Hahahahahaha

I say ‘being sick,’ not sure that is it. I have just been hurting some.  Enough to keep me up a few nights. I am not in the mood to ‘fix’ something, which is my usual ‘go-to’ when I can’t do anything else.  Right now my ‘fix-it’ problem is the best vacuum cleaner we ever had.  It still works but I want it to go another 100,000 miles. LOL.

I’m just griping because I took it apart a couple days ago and put it back together. I just did not feel like messing with it.

Plus I committed a crime a few years ago I need to confess and make right. This ‘feeling bad time‘brings it back in focus. I have started to ‘fix that’ several times. Now is the time.

During a time of terrible personal family frustration I lashed out at a VERY GOOD FRIEND. The man is a lifelong friend and the tie goes back to our dads from 1929.  He was also one of my subcontractors and later my son’s sub.

It is a crime to hurt someone’s feelings who was that close. We have remained friends. He might have brushed it off and charged it to my frustration, but I never apologized. Imma going to do that by mail in just a moment.
Nite Shipslog
PS: That letter of apology is written and mailed. That part feels better.
PS2: I also woke up feeling much better, even well.  Reckon?????
Posted by jack69 at 8:25 AM

I do hope you are feeling better and back to the fixing that you love to do. Nice to apologize when you know when you've been in the wrong. Apologies are never waste ad always appreciated.

i hope you will feel better soon. sometimes you just have to allow your body to rest, so it can heal. i'm struggling with an auto-immune disease that i have just been diagnosed with. so i understand the struggle. apologizing for talking bad to a friend... it's good thing to get it off your chest. take care.

Glad you wrote that letter and glad that you are feeling a bit better too! This time of year there is just so many little bugs around who knows what was going on? But it is always good to get things like this off of one's chest indeed!

Sounds like you had a 24 hr. bug that turned into a 48er.....glad you're feeling better......surely a God Wink! As I've aged, apologies come much easier and so much more healthy. Glad you wrote your friend. How's our best gal doing? I think of you two often in your warmer climes than we have up here. We woke to minus -18 this morning....sooo brrr. We have one of those, not the Rolls but the plow but ours is mounted on the front of Lil Blue, Bill's big boy toy, the New Holland. He also has a small plow on the UTV so he's one lucky fella........I guess you could say he's 'wealthy with useful toys.' lol
LoveN'Hugs from up north where the Arctic winds are bitter

So do you think the weight of having to right your wrong had to do with your feeling bad and worried? I think that can happen sometimes - I do hope you reel better and that you wrote your letter.

Jack i hope you're feeling much better and glad you got that letter in the mail if you were feeling bad about what you said. I'm sure the guy thought nothing more about it. I have always been in fairly good health but seems like this year has been one thing after the other. I over come them so for. (Smile)You and Sherry take care, Jean.

Nope, I don't believe your feeling better is coincidental. :) Our minds are pretty powerful … or, am I thinking of our consciences? Now I'm trying to think of a time(s) I've wronged someone by my words and/or actions. (Too many to count?) You make me want to be a better person.

It's never too late to mend a fence or fix something broken..like a friendship or family squabble. I hope you're feeling 100% better today. I'm sure getting that off your mind will help too! Oh, BTW,..I want the snow plow and I don't care if it's on a Rolls Royce or a pinto! Ha! We do have some snow but warmer temps will melt it by Christmas I'm sure. For some reason that makes everyone mad when we have snow then it melts for Santa!

Im a little behind on my blog readings (and posting) so here I am again catching up.
I hope you are feeling better and I’m glad you sent a letter to your friend. Little things like that will haunt you all your life.

You are a kind human being.
I am glad to call you my friend.
I hope you are feeling better.