I was told, if someone held your hands, you could not talk. 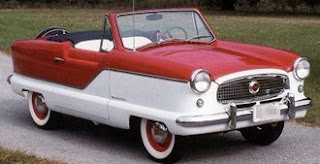 For today, friday:
I thought about that. I actually saw some headlines to that affect. I think of the first person I saw using a ‘bluetooth phone’. You know, the little white thing that sticks out of an ear.  ;-)  I happened to see a lady in WalMart (of course) walking down an aisle motioning a lot and talking to herself. I actually followed her for a few steps, I was sure she had crossed the line and was bonkers. Then I realized it was one of ‘em “new fangled thangs,”the handless phone. But her hands kept going anyway.

Yep we even use our hands when talking on the phone as if the one on the other end could see us when we point to the right telling where a house it.
I am not going to even mention Sherry & Evelyn talking at Hardees on Monday mornings. I would get in trouble.

True, once someone told me if my hands were tied, I could not talk. (They could be correct!)

It still makes me stare and shake my head when I see people out shopping while talking to themselves, I mean talking on a bluetooth. I always wonder how in the world they find so much to talk about.
But then again I have never met Sherry and Evelyn. Haha.

Hahaha … I do the same thing! Even while driving and talking (hands-free), I'm all self-conscious, thinking others assume I'm talking to myself.

Speaking of hands-free …. I'm going to have to pay closer attention. As Tom's fond of teasing me, I can't sit still and talk on the phone … I have to pace. Here, there, everywhere back and forth.