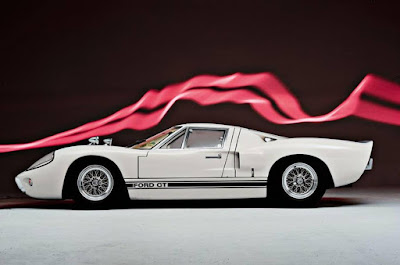 I think this is for Sunday...
For now:
It is hard to think that the queen’s sons and daughters called her Mum. It is also a little hard to think of the big CEO playing with grandchildren just like we did. I cannot think of ‘John-john’ in the Whitehouse and JFK just being a ‘daddy!’  There were pictures of John-John crawling in the oval office. That did sorta make life appear real in the Whitehouse.

I remember reading advice given to a young attorney who was thrown into a situation where he was to appear before the Supreme Court and speak. He was nervous, and his boss said, When you begin to speak just see Chief Justices sitting there in their underwear, they won’t seem so formidable.

I have heard it said, “A billionaire gets up in the morning and puts his underwear and pants on one leg at a time just like most everyone else.. then a pause.. However they may be more expensive than yours. But unless they are handicapped they get in a shower or tub like you.  They also dress themselves, nobody does it for them.

When you get down to it, one’s station in life, nor wealth makes one hurt less when they mash their finger, bite their lip or hit their shin on a chair.

Humanity became REAL when we learned a Princess could be killed in an automobile accident. It became real to us ‘Cowboy’ admirers that John Wayne and Steve McQueen were really just human when their diagnoses  was cancer and they succumbed to it.

This was a great meaningful post. It was spot on. I still believe that some of the happiest people are the more poor folks. I see most of the rich and famous living a sad family life.

Have a wonderful Sunday
Its 60 degrees here at 8 am already.
Lisa

Hubby and me were talking somewhat about this the other day. We were driving in an area that had big homes (looking at Christmas lights) and then drove around our area (not big homes but still had great Christmas decorations). We surmised that basically all people are just people. Some made perhaps better choices than others and therefore had big nice houses. But all still got up every morning and tried to do the best with what they had to work with. That's all we can do!

I've always felt sorry for the families of the rich and famous. They really son't live like we do at all. Their focus is more on the job they have to do than family.

I haven't always thought that we're all alike but deep down, we are. Your entry this morning is testament to that. Not one of us is better than the next. Only God decides that. Family and faith are most important and are the center of my life as they are in the lives of most. Sad, is the person who thinks his sh** doesn't stink like the rest of us. Sad, is the person who doesn't treasure his family and show it. Amen to your thoughtful post.
love n' hugs from up north where we're sliding around on ice slicks in the yard. It rained all day and night, making a mess out there to be careful on. Try walking on water on ice and you know what we're dealing with...next comes the snow on top of it. Being very careful :/

How well I remember that iconic photo of "John-John" peeking out from under the Presidential desk. Now, so sad, everyone's gone but Caroline.
THIS. This post is so well written and resonates. Ya, no-one - no matter their station in life or blue in their veins is immune. Like Ma says, life's sweeter in the slow lane!

Good Post, How well I remember and liked JFK, sad only the Daughter left now !
Not doing much except sitting here watching the rain fall and turn to Ice, Gonna get a storm ! At least I am watching it at home and not out the Hospital window ! Life is good !

very thought provoking jack. we are all part of the human race regardless of stature. and you're right too many times we leave words unsaid and then it's too late. live one day at a time, just like it was your last.