The other guy’s Game 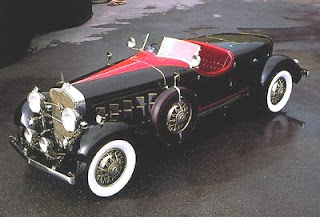 1930 Caddy Roadster, I would love to drive that with Sherry by my side.

Hey, I have watched more TV in the past 2 week than I have watched in the last 20 years.  I have a tough time distinguishing when a commercial ends and a program begins or vice versa. I get lost on news and medicine advertisements. I can be watching and not know what I am watching. EVERYONE talks a ‘mile a minute’, as mama would say.

World economics amaze & baffle me. I watched a segment of national news featuring an interview with a guy who is ‘At the top of Money Matters.’ He says money is ‘nothing, practically a figment of your imagination.

Tell the grocer that or to the real estate agent. Etc.

ANYWAY as a neophyte those Wall Street figures flashing, causes me to shake my head. What does it mean? The man says fortunes are made and lost every day, but it is all on paper, NO MONEY CHANGES HANDS. 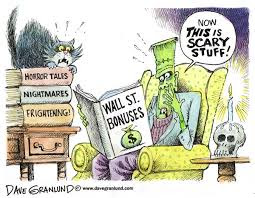 I have a suggestion if you have never played poker. Learn the game with paperclips, buttons or pennies; slowly like you learned to walk and talk. On my first ship, LST 1167, I saw guys playing poker. I am not sure if I had ever held a deck of cards before, after all they ‘were sinful’. ;-). Someone asked if I wanted to learn. Forgetting my daddy’s advice about ‘Never play the other guy’s game,’ I decided to learn. WELL I did learn that night, I learned it was truly ‘SINFUL’. :-O,  It is sinful to gamble money you do not have to waste.  OUCH. 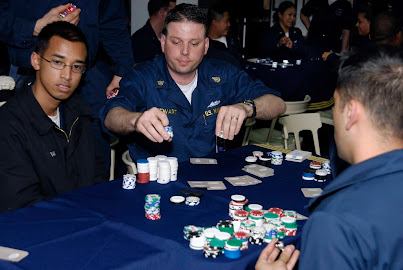 Listening to that man about money ‘not being real’ confused an OLD man. I realize we are not on the gold standard anymore, I think we should have stayed that way. The story was  interesting. He went back to when money first began, then coins became the method and later paper money.

The reasoning he used is far above my paygrade. I would never invest in stocks, I know nothing about them. My son Mark tried once, bought $$$$$$$ once, lost it all. Imma tell you, the average person works hard for the pay they get. Not many get rich quick.  I admire someone who understands the stock market, but it sure is not my game.

My Daddy had me thinking that owning a deck of cards would send me to Hell.
He doesn't feel that way anymore but we do believe gambling is still a sin so I don't play poker. But I have bought a few scratch off tickets from circle K. Shhhh.
Nick does some stock. Thats part of his retirement but I cant understand it no matter how he tries to explain it to me.

Not my game either Jack. Our pension plan used to be invested and once I lost 30,000 dollars in a year, just like that it was gone and we never got it back either. It wasn't a choice of mine, but that of my employer. Now that 30,000.00 would be appreciated, but I know it's not coming back.

Good read, Had a Shop Teacher in School who dabbles in "Penny Stocks" back in the 60's ! He would teach, Mechanical Drawing, Wood, Electrical, Welding, Small Engine classes. He would delight in tellingus about the Stock Market and "Stocks". Problem is he always :"Bought Hi and Sold Low" ! LoL !!! Oh Well, I did have some Eastman Kodak Stock back in the 60's when I worked there but got rid of it just before it skyrocked to Big Money !!!!!!!!!! You 2 stay Dry and Healthy, love from up North, Gary an Anna Mae

I'm not sure this will go thru...having pc issues this morning....as for gambling, Life is a Gamble. Whatever happens is meant to be. We have no control over anything anymore. Stay healthy, wealthy and wise. Our wealthy comes in the form of our healthy and wisdom. lol
loven'hugs from up north where the sun is shining on yesterdays 8 inches of new snow. It's looking all clean out there again. I consider that ' wealth '

Those to pay to play are of an entirely different I.Q. than me! I'm always suspect of those who need to boast about their intellect. Your daddy gave GOOD advice.