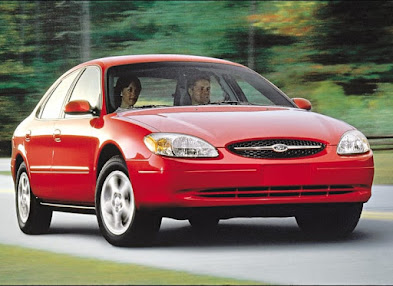 This was one very popular car...

Have you raised Bees, or do you  know a bee keeper? 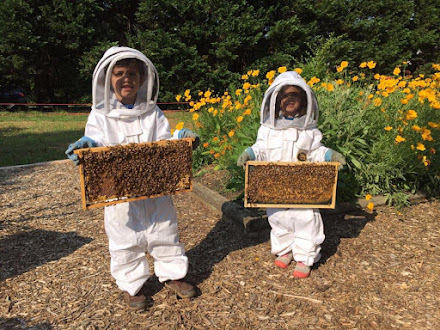 Many of you who read here remember a very popular Blogger who became a ‘Bee Keeper’ long after most of us knew him as a good blogger and a ‘distant’ friend. Rick was a writer and always had an interesting blog. Rick was prolific (is that the correct word?). Basically Rick’s blog was fairly short and to the point and he always had a good picture, usually nature. He was easy to read.

It was sorta strange that just as Rick decided to become a Bee Keeper, I had a nephew, Steve, who is also a great guy, decided to keep bees.  I read both guys and they were both talking about ‘Bee School’, basic learning and capturing BEE SWARMS.

Nephew Steve did not write as much as Rick but was still running along the same lines of gaining ‘hives’ and capturing swarms.

Steve has given us some of his honey and it is great, but honestly most honey is.  He knows that. After all, the Bee Keeper does the harvesting, the bees do the work, LOL. 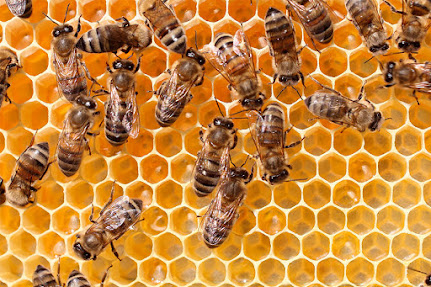 I still comment on Jilda’s blog, she is very sweet and loved that Bee Keeper. Steve continues to raise Bees even with a painful foot that Doctors can’t seem to find a reason nor relief for him.

I have known several Bee Keepers in my life. My Uncle Doyle even had bees for a while. 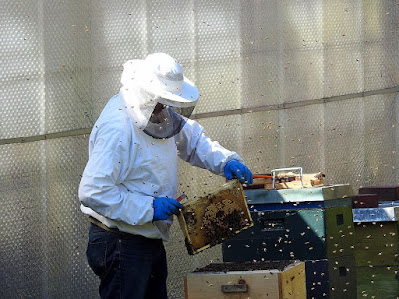 One crazy story. It concerns a pastor who pastored the church Sherry and I organized and built, back when I thought I was a preacher. Rev. Poole pastored after I resigned the church. New Hope is sorta rural and Brother Poole tried his hand at Bee Keeping. Sadly, he did not go to Bee School. LOL So He donned his Bee Keeper suit and ‘robbed the bees.’ Evidently there is something he did not do right, because when he left the hive with the honey the bees followed him and swarmed on him. His wife of course would not let him in the house, calling thru the storm door, “Get them away from the house!” He finally had to walk away from the house and abandon the honey, giving it back to the bees.

He said he prayed a lot during that short time. LOL I have no doubt about that.

The only honey I have not liked was some bought in Mexico. I could actually taste a little bitter in the sweet.

I've never had fresh honey. All the same, those little fellas give me the creeps. Bottled and pasteurized (?) for us here on Chapman Road.

I miss Rick. I enjoyed his bee stories. Because of him, I actually would love to raise a couple of hives but know that will never happen. I love fresh honey and chewing on the comb.

I do love honey but have never tried being a bee keeper. They are to be admired for sure. My grand father was a success bee keeper and never brought any back to these when he harvested the honey. It was delicious and so good for us too.

We have a good friend who has bees and shares the honey. Jack would love to get bees...I love to plant flowers that would be good for bees but not interested in having a hive hotel!

We have a good friend who has bees and shares the honey. Jack would love to get bees...I love to plant flowers that would be good for bees but not interested in having a hive hotel!