It's hard to explain my brain 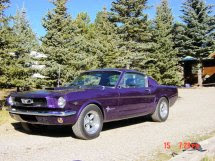 I visited with the former owner of this car.  Buddy loved speed!!! His sweet wife has helped him put on the brakes (a little)

My girl likes games (and puzzles sometime). She started answering a Trivia question daily, now it is twice a day. She graduated to ‘Brain Candy’ every day, I stuck with just the Trivia question. My life time average is 73% for being correct. I think that is a ‘C’ in elementary and HS grading.

I made only one ‘C’ in my life and that was in French. I blame that on the girl who sat near me named Sherry!

Any way somethings in life I have had very little or no interest in, sports and movies stars. Like most parents I enjoyed sports when our kids & grands were involved, i.e. Little League Baseball.

OF course I remember some movie stars, the ones who were BIGGER THAN LIFE such as John Wayne. If I were to see pictures of Jane Russel, Betty Grable and Judy Garland, I probably could not pick which is who, even if I had watched their movies. When watching a movie the actor or actress IS whoever they were playing. I never saw them as who they really were.

My girl remembers names and also who they portrayed in movies.  Maybe my brain thought the whole movie was true, I have no idea.

There are times when someone looks at me like, “You don’t know who that is?????”

I remember awhile back the name Britney Spears came up. Sherry was talking to a niece. Sherry asked, “WHO is that?” The look she gave Aunt Sherry was, ‘DO YOU LIVE UNDER A ROCK?’ Kinda like if Sherry had asked “Who is Elvis?”

Our brains are still back in the 1940-70 area for many things.  It is just that they are locked in on things we were interested in.

Today, when a car with loud mufflers goes by, Sherry might ‘make a face,’ I am a little more tolerant and usually say, “That guy thinks that is the greatest sound in the world, he loves it!”

Once I was flying into Charlotte, I had sat beside a very amiable tall black kid. I said, “I am jack.” He said, “David here.” We talked in the short flight from Atlanta to Charlotte. David was a great guy. As we left the Airport Son Mark saw him as I said, “Take care David!”

“Yeah son, his name was David.”

“Dad that is David Thompson, the biggest thing in Basketball now, he just signed the biggest contract ever. He has his own shoes.” 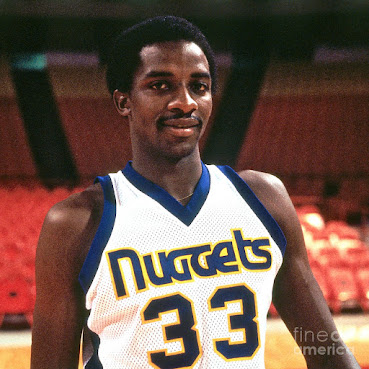 “Well he just told me he was stopping by to see his mama on the way to Raleigh, something about tennis shoe promotions.” At that time I happened to be the daddy who lived under a rock. I didn’t even get his autograph! My brain ain’t in the right place.

PS: About David Thompson, he was famous, but he was such a great guy to talk to and NEVER even said, "I'm a professional BB player."

I loved Jimmy Steward, James Cagney, Cary Grant..I could go on and on. I watch all the old movies on TCM and truly enjoy them. It's something my Mom and I could do together and enjoy also back in the day. I would probably do the same thing with somebody famous or maybe even a blog buddy that would happen to be on the same flight! We usually fly Southwest so I doubt anybody famous flies the cheap seats! Ha! Have a good, warm day for me today Jack!

When it comes to knowing who the stars are I remember the ones of yesterday, but don't know any of the new ones, I don't keep up with it all like I used to. It's nice you got to meet a star that didn't brag about who he was. I'm sure he enjoyed his talk with you too. Not everyone likes being so famous that everyone knows them. Keeping it humble and true is important too.

Like Ma's written, Tom and I don't know -- or care to know -- most of today's (so-called) stars. I enjoyed your story of meeting 'David' so much! It brings me back to the time we were flying out of Birmingham, home to Arizona. My insatiable curiosity being what it is, it wasn't long before I started eavesdropping on the occupants of the seats behind me. One sweet-sounding lady was doing her best to calm an elderly lady, nervous on this her first flight. She talked about this and that and the other and soon began telling stories of her own mother-in-law. How her son and his brother were at odds how to best care for her. No, her husband wasn't on this flight. He had to be in Atlanta that night to broadcast some game or another. Wasn't long before I put two and two together and realized the sweet lady's hubby was(is) Charles Barkley!

I remember the Past Stars but not the ones today, I also remember the past singers but have no interest in todays so called "Music" with the Trashy Lyrics and Gyrations !! I will take my John Wayne Movies and Johnny Cash Songs and some other ones from "Back Then" !!! ! We were brought up without a TV, I had to go to Gramp's house to see my first TV Show !!! Waiting for warmer weather !!! Sending down love from the frozen North at 26 degrees with a Breeze !!!! Gary an Anna Mae

Just too tuckered out to write a decent comment, yard work, oh my! But, this is the BEST post and I had to chat a few minutes. So "ard of arnin all day, going to bed, love and hugs, Glenda