Automobile from another time: 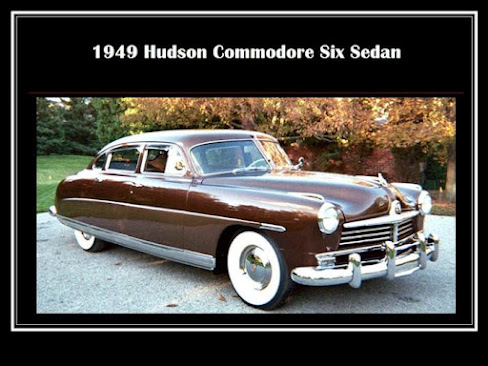 Some thoughts for today:

If you lived in the era of radio, before TV was available in Low to middle income homes, you would understand how it was.

When a hurricane hit in New Orleans, Florida or Texas we might have heard about it on radio, but it could just as well have been in Japan as far as the average person elsewhere was concerned. Anything over 100-500 miles was a light year away! 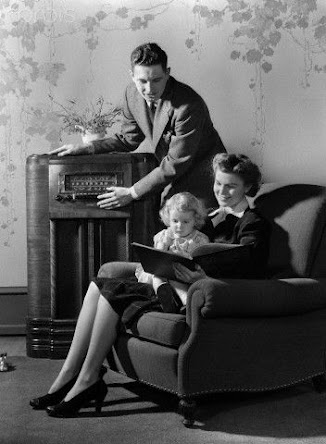 And of course we heard about earthquakes in California, but there again, it was just words over the radio. I’m sure you can understand, hearing briefly about things is much different than HEARING and SEEING it LIVE.

A picture in the newspaper a week later wouldn’t even be seen by 15% of the population.  Not everyone took the paper, it was expensive. Hey small town papers charged 35-45 cents a week to deliver you a paper Mon, Wed, Fri and Sunday.  LOL That was getting close to ten cents for a nickel paper!!! Back then, unless you had extended family living in another town, city or state, your interests were local. Of course the AP (Associated Press) ruled the news. They had a Teletype (TTY) in most radio stations. Piles of news came in daily, but most of it was culled for local happenings and local DJs.

I did get to watch, fascinated as that TTY brought in the news the whole time my dad was on the air. Looking back it was probably typing about 60 words per minute. For years he had a 15-30 minute broadcast and I could go with him. I smile at times, local radio ministries NEVER solicited money, The program was to spread the WORD.  My dad would be shocked today at many TV ministries.

Anyway the point of this entry, the news was available nationwide, but with only radio and newspapers to spread it, it was LIMITED. NOW! Think Ian, we saw it coming for weeks, from a tropical storm out at sea to following it hourly on the TV news and weather.

Back in those earlier days we could NOT IMAGINE 24 hour news and cell phones. That was science fiction like Dick Tracy’s wrist radio and telephone. 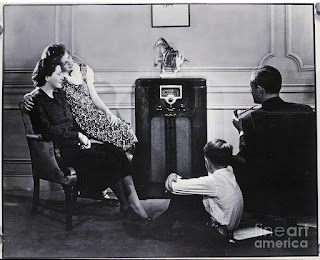 Makes me think about the TV show, The Waltons. They would be shown gathering around the radio. We seemed to always had TV. But I do remember playing around on my parent's radio to hear rock & roll music...had to be sure to get it back to the country station for them. LOL Oh the simple live. LOL Blessings, xoxo, Susie

Perspective! Tho' I can't relate to days without television, I'm still astounded by the advances I've witnessed in my own short 72 years.

I'm reminded of a quote about September 11: "On that terrible day, a nation became a neighborhood." Much the way I felt last week, watching together with untold hundreds (thousands?) of other souls.

Oh my goodness I was thinking about the Walton's too - reading the paper and listening to the radio.

Sad now papers are going to become obsolete. Maybe the radio - I still listen to it - but not many do.

I have family in Fort Myers and Cape Coral and was very grateful for the news and weather non stop. Also for cell phones to check up on everyone. Thankfully they all made it OK except for the bad damage my nephew had at his home. Power as of yesterday hadn't returned to my brother's place but they were hoping for some today. Back in the day when we only got news sporadically probably helped keep people kinder and less angry than today...they concentrated on family and neighbors and their own life! We quit the newspaper since they raised the price to $2 for a paper that didn't report Ashland's happenings. We can go on line and get it there but truthfully I do miss holding the paper and reading the obits! Take care Jack!

It is great we have the news basically 24/7 with pictures and the like. It does help people to plan for the hurricane, though I think a lot should have evacuated that didn't. I always enjoyed getting the paper. Not as enjoyable reading articles online I think.

Now we stand there and stare at the microwave oven instead of the radio.

Times have certainly changed. The radio was great but TV brought a whole other perspective to life. Suddenly we were all there in the midst of things. It's hard to think about what might be coming next. I'm sure there will still be more changes to come in the future.